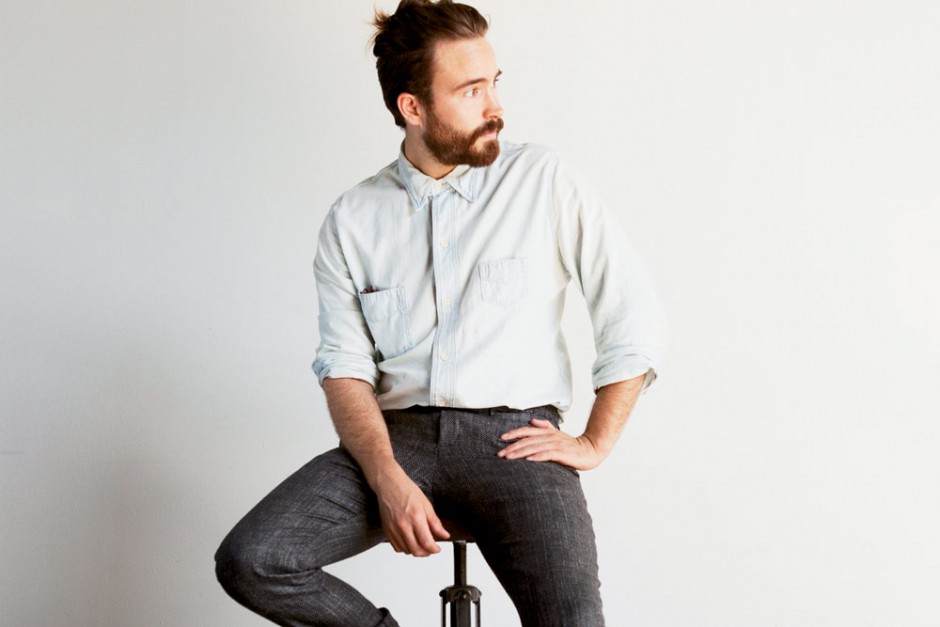 Industry experts shed some light on how to max out on apparel’s fastest growing segment—socks.

When Joshua Weiner wakes up in the morning and reaches into his sock drawer, he isn’t pulling out basic black and white socks from a bargain stores’ multi-pack. These days he is reaching for a bright pair of lively patterned socks that will bring some panache to his work uniform. Weiner, a 25-year-old who works for a real estate investment firm, also recently launched FridaySocks.com, a website dedicated to sharing sock designs, photos, stories and purchasing the latest in ‘Friday Socks Fashion’. The term Friday Socks has even become a social movement where men, usually restricted to conservative work uniforms, express themselves through pairs of statement-making socks. It’s a growing community and when coupled with the increasing popularity of legwear among women reveals why the category is on fire.

Retail analytics firm NPD reports that sock sales over the past year have grown 2 percent—a rate that, in this fragile economy, has outpaced the general growth of the $206.7 billion global apparel market. In particular, the firm reports that men’s socks sales amounted to $2.8 billion—14 percent more than in 2012 and the biggest increase among all the sartorial segments. Once a hidden afterthought, socks have moved center stage. Observing the ankles of men and women on a weekday commute has become something of an art show. There are socks in bright hues, bold patterns, stuffed in sandals (once a nerdy taboo), peaking out from pant hems and up-to-the-knee centerpieces of an outfit.

Shelby Mason, founder of Bootights, reports that her sock sales have doubled since 2013. Mason launched the company in 2011 to solve her own sartorial dilemma: she loved wearing boots with tights, but hated that her feet slid around all day.  She created the Bootight—a tight with a performance sock attached at the foot. Today the company has expanded beyond hosiery and now offers socks in various heights with the same performance bottom and fashion-forward design. Mason attributes socks’ recent popularity to the comfort trend that has taken the industry by storm. “For so long women sacrificed comfort for style to look good,” she says “but the trend now is comfort, and socks are not only comfortable but stylish too.” Mason adds that consumers have so many more brands and styles to choose from, which is also contributing to the category’s popularity. “There’s better quality, different materials, more interesting and unique designs,” she confirms.

Yasmina Mokraoui, portfolio manager for Psycho Bunny, credits the burgeoning men’s fashion industry as helping fuel sock sales. “Men’s fashion, in general, is on the upclimb. Men are looking for ways to show how fashion-forward they are,” she says. Mokraoui reports that its retail partners have bought in greater depth and more varieties this past season. (Polka dots and zigzags are its current best sellers.) “We’ve seen the trend brewing for the past three or four years. It’s been in GQ, Esquire and on the red carpet,” she adds. “Men only get so many accessories and socks are a way for them to show their personality without crossing the conservative threshold.”

Marshal Cohen, NPD’s chief industry analyst, agrees that men have been driving the growth in this category of late. “Socks have become yet another outlet for expressing the extra splash of pattern and color they seek,” he says. Heather Wilson, marketing manager for Gold Toe, notes the trend follows recent apparel and footwear trends. “As men’s clothing and shoes get more colorful, so do socks,” she says, adding, “Some have coined the sock as the new necktie.”

Isack Fadlon, co-owner of Sportie LA, notes that the trend has introduced a whole new wave of consumers that seek something unique and exciting. “We’ve seen this with sneakers, T-shirts, belt buckles, hats and now socks,” says Fadlon, adding that the relatively low price point allows customers to experiment with colors and patterns they wouldn’t usually try. “It’s a way to show personality without overly committing,” he adds. Fadlon reports that Nike Elite, Happy Socks and Stance are his best-selling brands.

Isaac Ash, president and CEO of United Legwear, licensee and distributor of Happy Socks and several other brands, confirms that its best-selling styles incorporate the consumer’s taste for bright colors, print and patterns. “The sock has joined the ranks of the necktie and the pocket square as a must-have accessory,” he says.

Current fashion trends are also contributing to the sock surge. Men’s higher pant hems, for example, allow more of the ankle to show. And the necktie, which was once a vehicle for creative expression, is near extinction in a casual dress world. What’s more, the casual workplace attire trend allows men and women more freedom in their office uniform. “Socks are an important way for the modern worker to express individuality,” says Vincent Nasserbakht, owner of Sock Hop, a New York-based sock and shirt boutique.

Women are even reaching for socks regardless of their shoe’s silhouette. Once reserved for boots and sneakers, socks are being paired with strappy stilettoes and retro Mary Janes. Even socks with Birkenstocks and other sandal silhouettes are now widely accepted thanks, in part, to the Normcore movement and the luxury sportswear trend. The look spans barely-there decorative anklets to chunky knit knee-high socks.

It’s clear that socks are having their moment and those retailers that address the category in their stores, as well as follow some key merchandising tips, have the best chance to cash in on the trend. For starters, retailers should merchandise socks with shoes when possible. It enables shoppers to get a feel for how and with what they should wear them.  “They used to be hidden or separate, but now they need to be included and styled,” says Fadlon. Ash concurs: “Socks tell a better story when they’re merchandised with footwear.” Mason suggests putting together a style guide that can either be displayed in an acrylic holster or shared with customers using social media.

Arranging socks with complete outfits or showing them on leg forms also helps customers see how they will look out of their packaging. Mason says that placing the most colorful and unique style on the leg form will attract the most attention, prompting some shoppers to purchase not only a basic black pair but a funky pair as well. “You want to get customers to understand how important a sock is,” she says, adding that having sales associates wear the socks is an effective promotion. To that end, Lisa Ferrari, designer for Maria La Rosa, believes socks will sell themselves if styled properly. Such has often been the case for her full range of knit legwear and accessories, which includes a collection of detailed, highly feminine socks made in Italy and collaborations with the likes of Alexander Wang, Donna Karan and Louis Vuitton.

Another effective merchandising technique is to hang socks on a wall, creating an artistic display.  “Wall displays draw customers in,” Mokraoui says. Grouping patterns together allows for more freedom with colorization. “You can display every color iteration together as long as the pattern is the same,” she adds.

Chris Jones, co-director of 122-year-old luxury knitwear company Corgi, recommends a wall display in addition to placing a few pairs at various displays around the store. “This is useful in triggering the customer to think about buying socks alongside any other purchases they are making,” he says. Wilson reports that displaying socks in secondary locations has led to sales increases. “At the second point [retailers] get more people buying impulsively versus being a planned purchase,” she says.

Some sock brands offer unique display units that not only serve as compelling points-of-sale but can also boost the store’s visual appeal. Happy Socks, for example, offers a wide range of wall, floor and tabletop displays that can be intermixed throughout the store. “When legwear’s retail footprint is increased, customers understand that socks and tights are an important part of a total look rather than an afterthought,” Ash says, adding that the units come in an array of colors and materials and can be tailored to fit a store’s existing décor. Happy Socks also offers seasonal displays and gift boxes. Ash says they are easy to assemble and, for example, its Christmas tree displays can hold up to 300 pairs, reminding consumers that socks make the perfect holiday gift.

Nasserbakht recommends considering the sensory quality of socks when merchandising. “Unlike ties, there is a tactile relationship with socks,” he says. The Sock Hop’s displays encourage customers to partake in a “hand test” and feel the difference, for example, between cotton and cashmere. Introducing shoppers to a wide range of fibers and their specific benefits builds interest and excitement, he notes.

Experts say treating socks as more than just a commodity or an afterthought sale will not only raise margins but also build customer loyalty. “The sock has been often an article despised by people who dress for work daily and dislike the necessity,” Nasserbakht explains. “Simply removing the apprehension and bringing joy to an item can boost customer loyalty.” Mokraoui agrees, adding that if retailers are able to sell customers a statement sock and they later receive compliments, the odds are they will come back for more. And that’s where multiple sales come into play.  Because a man may sporty pink polka dot socks on a Monday but he shouldn’t try that look more than once a week. He needs a rotation of statement socks. “You have to think outside of the box,” Mokraoui offers. “If you can sell them a pattered sock, you’re going to have a repeat customer.”

Regularly refreshing inventory will also encourage customers to come back. In fact, Fadlon says that that is one of the best aspects about socks: “Styles change all the time. Come in next month and we’ll have a completely different assortment.” He credits Sportie LA’s frequent inventory rotation to a level now where customers are coming in just to check out the latest socks. “The shoe is sometimes the add-on,” he laughs.

Psycho Bunny and Gold Toe advise retailers to update their sock selections as often as apparel is updated. Experts also note that the traditional sock seasons of fall and winter are expanding into a year-round business. “Women are wearing their boots in spring and extending the sock season,” says Mason. Mokraoui adds that men are also buying socks year round, opting for sock liners in warmer weather and wool socks in the winter. Nasserbakht claims that switching from heavy wool socks to a light cotton socks can help transition a client’s entire wardrobe. “Socks are one of the more easily updateable aspects of a man’s wardrobe,” he adds.

Fashionable, affordable, versatile, needed…Socks are on a roll with little let-up in sight. Fadlon, for one, predicts double-digit sales growth the next year and plans to buy even deeper into the category next season.  Jones is equally bullish on the sock market: “We will always need socks,” he says. “But more than that, people are always looking for a quick, easy and cost-effective way to make a fashion statement, and socks are the perfect way to do just that.” •