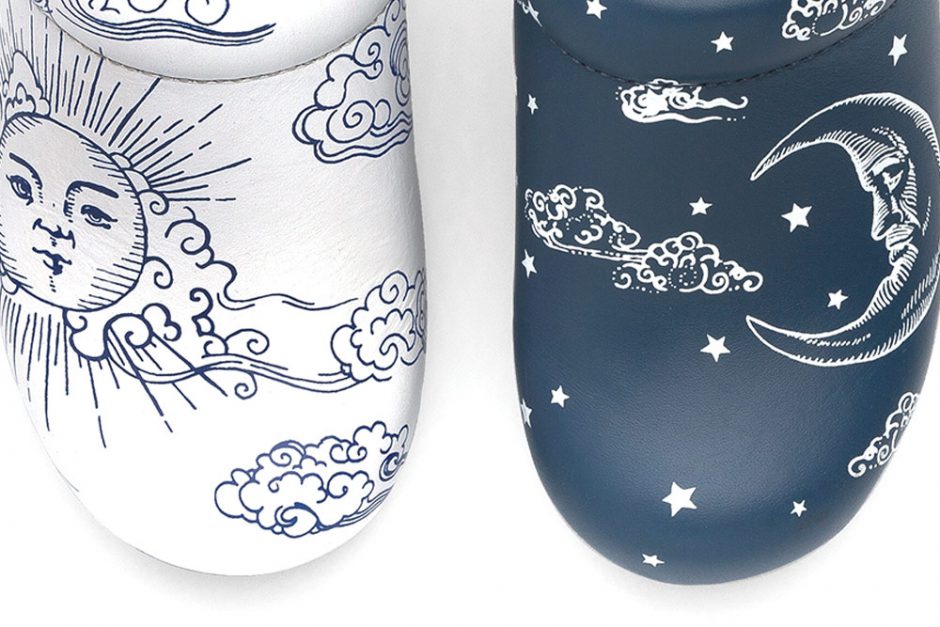 Odd Ones: In or Out?

In the age of sartorial decadence, does the mismatch shoe trend have a leg to stand on?

Elsa Schiaparelli once said, “In difficult times, fashion is always outrageous.” The Italian fashion designer, who came to prominence between the two World Wars, may have been on to something. In the era of tweetstorms, #Timesup and the “retailpocalypse,” ostentatiousness and absurdity reigns in fashion. Some experts even call it downright ugly. The influence of opulent designers like Gucci’s Alessandro Michele facilitated a shift away from the minimalism of normcore and athleisure that dominated the first half of the 2010s. With the likes of ugly dad shoes (think Balenciaga) and knee-to-toe glitter boots a la Chanel becoming trend staples in 2017, designers are taking it a step further, eschewing the focus on “what’s stylish” for maximalism that encompasses all.

Nowhere was this more obvious than when Celine sent models down the Spring ’17 runway wearing one red leather and one white leather bootie. It wasn’t long until other designers caught on to the mismatched trend. Moschino brought out opposing-striped orange pumps and Fendi answered with contrasting fuzzy flower and striped slides. Bloggers like Aimee Song of Song of Style picked the trend up, donning one black and one white Celine sandal, and Nicole Kidman rocked a mismatched pair of bejeweled Calvin Klein stilettos to the Emmys last year.

To those who’ve tried the trend, wearing a pair of shoes that don’t perfectly match becomes an expression of sartorial freedom. “It is fun, whimsical and allows people to express their individuality in a world where people are discussing tribe mentalities,” says Leslie Gallin, president of footwear for UBM Fashion Group. “I’m surprised we haven’t seen this before now.” For Sari Ratsula, president of Seychelles Footwear, the trend is a refreshing take on designer fashion often plagued with stuffiness. “It’s fabulous to see this type of playfulness at the high end—ultimately it’s what the industry is all about,” she says.

This isn’t the first time the trend has made an appearance. Carrie Bradshaw donned one hot pink and one electric blue Manolo Blahnik stiletto in a 2000 episode of Sex In The City. Teens knee deep in the grunge movement in the ’90s rocked mismatched converse sneakers. Camper had a nice run with its Twins collection of mismatched styles. Mark Jubelirer, owner of Reyer’s Shoe Store in Sharon, PA, claims to be a pioneer of the trend when he designed his first pair of “reverse pumps” in the mid ’70s. “The right shoe was a black leather base with white cap toe and heel, and the left was the reverse of that,” says Jubelirer, explaining he had about 12 pairs made a year in a small factory in Spain after throwing ideas around with a friend. “He said I was crazy.” But the styles sold.

This time around, more designers are taking notice. Scott Home, president of Fashion Major Brands, released a few mismatched styles for Coolway last season. Home says they didn’t work well, but thinks he may have been too early for the trend to resonate with his customer. “I love this concept,” he says. “It’s random, it’s unpredictable, it’s exciting, and I’ve already contacted my designers in Spain to have another look at it.” Designer Ruthie Davis is also testing the mismatched waters, having incorporated subtle differences in some pairs of her first capsule collection, Ruthie Davis x Disney Princess, out this year. Her favorite from the Snow White-inspired line is the “Good vs. Evil” ankle boots. “The right bootie has Snow White’s face on it, and the left has the Evil Queen’s face,” Davis says. “So, depending on your mood, you can put that foot forward.” Another mismatched example from the Snow White collab is blue velvet platform booties where the right shoe has “The Fairest” embroidered on it and the left reads, “Of them All.”  “I like the mismatched trend if the right and left shoe are not exactly alike, but they need to have some common thread that makes them a pair,” Davis says, adding, “The only time I think two totally different colored shoes of the same pattern works is in a black and white theme.”

Gallin thinks more designers will introduce mismatched offerings, but in a targeted demographic. Currently, that is younger women open to an avant-garde fashion statement. Home doubts it will expand much beyond the upper-echelons of women’s fashion houses, adding it would be a “tough sell” in men’s. But designers may entice less-forward consumers with toned-down variations. For example, Nicole Brundage, designer of  Marskinryyppy, is debuting contrasting pop-color tinted PVC straps on a sandal this spring. “It was a subtle mismatch given the PVC’s transparency, which also made it easier for our more conservative buyers to consider,” she says, adding that for Fall ’18, she will be sampling leather pumps with mismatched sequins text (the right shoe reads “FASHION” and left “FASHIOFF”), and strappy stiletto pumps with mismatched color blocking. “The mismatched sandal sold-in relatively well,” she says.

Whether the trend will trickle down to the masses remains to be seen. Kelsey Jayne, footwear design manager at Dansko, believes so. The brand is introducing three mismatched styles for Fall ’18 in its Professional clogs line. The “Love What You Do” clog—an homage to the many nurses wearing its clogs—is a subtle take on the trend with the phrase stitched on the right and “Do What You Love” stitched on the left. The “Day to Night” clog is more daring. The white right clog features a blue inked sun and clouds, and the blue left clog shows a white inked moon and stars. “We wanted to have some fun and highlight our iconic silhouette with a renewed and lighthearted energy,” Jayne says. “A lot of our customers are nurses, and this is a little shout out to them, a thank you, for working around the clock.”

For those bold enough to wear a mismatched style, experts says there’s a delicate balance to being just the right amount of bold when putting an outfit together. With such a statement being made by the shoes, Ratsula advises everything above the ankle should be less extraordinary. “I’m a firm believer of having only one fun focus point on any outfit so the rest should be clean and simple,” she says. Brundage also preaches simplicity. “Any shoe, no matter how loud it may be, can be styled with jeans without putting much thought into it,” she says.

While some designers have embraced the mismatched movement as quirky and lively, others aren’t convinced—yet. Ratsula loves the idea of mismatched décor on shoes and playing with colors, but thinks the idea of drastically different shoes is likely a fleeting one. “Our job is to curate the latest fashion trends to fit our customers everyday wardrobe—we are trend right, not trendy,” she says. “We’re our customer’s choice for everyday fashion, not fads, and though fun is important I think this trend is more a fad than a lifestyle enhancement.” While Laura Conwell-O’Brien, executive director of The Atlanta Shoe Market, has seen the trend on the runways from several designers, she doesn’t see it taking off. “I think most women like to match, so it is going to take that very avant-garde woman to wear it and pull it off successfully without looking like they pulled out two different shoes from their closet,” she says.

Most retailers aren’t sold enough to stock the look either. Jubelirer, for one, has sold the trend before, but he isn’t seeing many options on display at trade shows. “They don’t have these items for sale unless maybe you’re in the designer areas, and they do these things not as a trend but a flight of fancy in their collections,” he says, adding that Americans are basic fashion consumers. “Most Americans don’t pay attention to fashion,” he says. “Women don’t get dressed up like they used to. Today, their wow factor is their phone.”

Of course, if you build it customers may buy. Brundage, for one, will be expanding Marskinryyppy’s subtly mismatched offerings. Soon the label will allow customers on its ecommerce site the opportunity to monogram the right side differently than the left of its Moire pumps. “I hope the trend picks up momentum as a way of pushing the imagination of us designers more,” Brundage says.