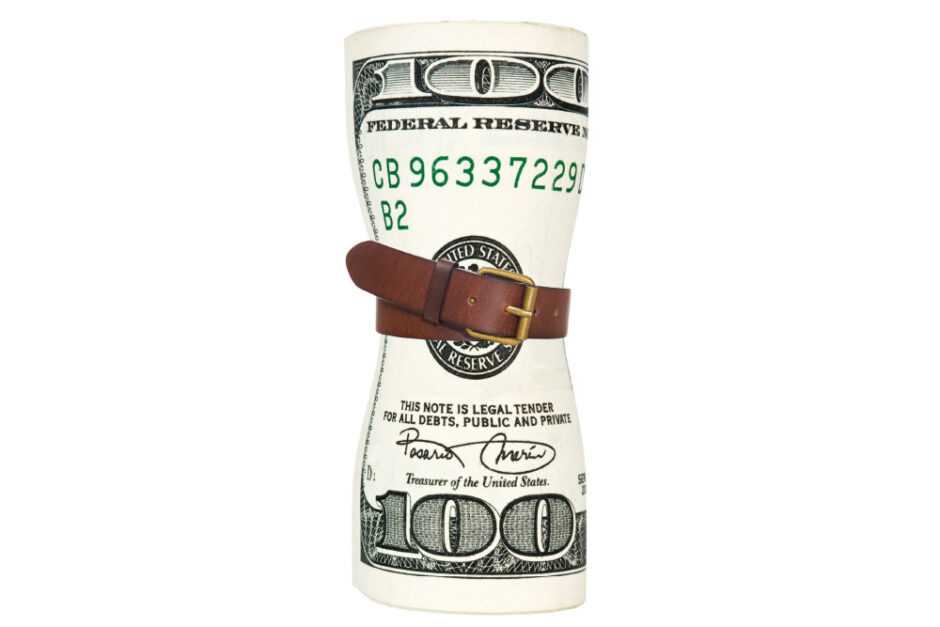 As minimum wages rise steadily across the country, and government debates a national standard of $15/hour, how are retailers adapting?

No one would argue that paying a worker a living wage is a bad thing, but when wage increases negatively impact a business’ bottom line, things get infinitely more complicated. The wage debate continues to heat up as various states have been steadily implementing minimum wage increases in recent years. The ambitious Raise the Wage Act—introduced by Congress in 2019 and passed by the House last month—would overhaul wages and gradually raise the federal minimum wage to $15 per hour by 2025. Support for the “Fight for $15” falls along expected divides, with labor and business as well as liberal and conservative members of Congress at odds. The bill is not expected to pass in the Republican-led Senate or President Trump’s desk.

With everyone quibbling and interpreting the data to suit their agendas, the nonpartisan Congressional Budget Office (CBO) recently examined how increasing the federal minimum wage ($7.25 for most workers) to $10, $12, or $15 per hour by 2025 would affect employment and family income. The CBO report noted that raising the pay floor to $15 per hour by 2025 would boost wages for 17 million workers, while 1.3 million workers would lose their jobs. Workers would see a total wage boost of $44 billion, and 1.3 million Americans would rise out of poverty.

Economic Policy Institute economist Ben Zipperer testified before the U.S. House of Representatives on Education and Labor that the pros outweigh the cons, stating, “Gradually raising the minimum wage to $15 would be good for workers, good for businesses and good for the economy.” Still, the CBO cited “uncertainty about wage growth under current law and uncertainty about the responsiveness of employment to a wage increase.”

Footwear Plus checked in with shoe retailers around the country to see how ongoing wage hikes have affected their operations thus far, and what they’re doing to prepare for planned and possible future increases.

“More than anything, this is the biggest concern I have,” says Loren Martin, owner of ELM Shoes in Greencastle, PA, where statewide minimum wage has been $7.25 since 2009 but is under discussion to rise to virtually double to $15 in 2025. “I don’t have anyone working for me for minimum wage now, but if a $7/hour job goes to $15, what does that mean for the worker currently making $15? If he’s not raised along the way, he’ll be at minimum wage and want an increase. It’s the trickle up effect.”

Daniel Kahalani, owner of DNA Footwear, has already put this into practice. At his seven stores located in New York, he saw the city’s minimum wage jump from $13 to $15 on Jan. 1, 2019 for companies with more than 10 employees. “This was significant for us, as we then looked at everyone making $15/hour and bumped them up to $17,” he says, noting that while just the minimum wage hike was mandated, he gave everyone else a raise to keep people happy.

Keeping good workers content in their jobs has always been a top priority for retailers, and wage hikes could make it more challenging. States set different minimum wage floors for different-sized companies, so workers have flexibility to make more at a different company. In New York, for example, minimum wage is $13.50 for companies with 10 or fewer employees, but $15 for those with 11 or more. If that smaller company doesn’t competitively raise their wages, what’s to keep their employees from going elsewhere?

Some retailers have already been raising minimum wages for their workers beyond what is mandated just to keep competitive. Reyers Shoes in Sharon, PA, where the minimum wage is $7.25, already pays its minimum wage workers $10/hour. “We recently raised our minimum pay to become more competitive with surrounding businesses who have also recently raised theirs,” says Mark Jubelirer, president. “These increases were necessary because of several factors. The perception that it is an ‘employees’ market,’ by which I mean that employers must now do more than yesterday to find candidates to fill open positions. These ‘new’ incentives include a rise in wages, a feeling by the employee that the company is community oriented, that the company is philanthropic, loyal to its employee family, treats its customers with respect, and is flexible when it comes to employee needs such as vacation time and parental leave, and the like.”

Comfort One Shoes, a 16-store chain with locations in Virginia, Maryland and Washington D.C., also raised wages for warehouse workers beyond minimum wage. “Five years ago, the minimum wage in Virginia was $7.50/hour, and if we ran an ad for warehouse laborers we’d get 35 responses. “That’s not the case today,” says president Maurice Breton. “Now we’ve started to pay $13 or $14/hour based on experience.”

Dave Astobiza, president of Sole Desire, a chain with 16 stores in Northern California, echoed that sentiment. “No one good wants to work for minimum wage anymore. The $15/hour went into effect this year for us, but everyone was pretty much already at $15. We’re paying $3 more an hour than last year per employee on average!”

Retailers are also changing their commission structure to compensate. “Our company was never an hourly company, it was pure commission,” says Gary Hauss, who has 17 J. Stephens stores in Southern California, Arizona and Nevada. “But as the minimum wage kept going up, we changed it to hourly plus a small commission, with different push money incentives.”

Similarly, DNA Footwear dropped its commission structure when minimum wages rose, but noted that while salespeople might earn the same now as before, they don’t “push themselves” as much as when commissions drove their performance.

Looking at it from a shoe retailer perspective, varied wages, demographics and economic conditions mean there’s no one-size-fits-all solution. Retailers say they’ve already trimmed operational costs to the bone to survive pressures from Amazon, direct-to-consumer (DTC) sales and changing consumer shopping habits. As rising wages pressure payroll, what’s left to cut to make up the difference? Crunching the math, a $1/hour increase for a 40-hour week employee translates to a $2,000-plus bump in gross annual salary. Others would see an even larger pay bump. Whether any of that would translate to more or higher ticket discretionary footwear purchases is anyone’s guess. In other words, would shoe retailers make up some of that payroll pain on the retail end?

Retailers think not. “That minimum wage worker who gets an increase is more apt to spend those dollars on rent, food or other necessities than a pair of fashion shoes,” says Kahalani. Whether that bears out remains to be seen, and as some retailers raise prices to compensate for increased payroll, shoes are already getting more expensive. While retailers in more robust or affluent regions might be able pass along price increases to consumers, others will be hit harder.

So what are retailers doing to keep their bottom line intact?

“As a Liberal Democrat, I believe that a $15 minimum wage is good idea,” says Len Shapiro, owner of Pegasus Shoes, which has three stores in New York’s lower Hudson Valley region. “The dilemma is that with the continued rise in operating costs, most independent shoe stores simply cannot afford it!” To make up the difference, Shapiro suggests that the federal government help subsidize this increase with tax breaks to compensate for the move to $15 per hour. Barring that, companies will have to run leaner operations to compensate with “less advertising, less hours for staff and fewer charity donations.” (Current New York State minimum wage is $11.10 and it will rise to $11.80 on Dec. 31, 2019.)

Retailers may not be able to control how many shoppers walk through their doors, but they can control how much margin they make on each purchase. To that end, many are going to great lengths to adjust their merchandise mix and add product with higher margins, whether adding European brands not sold on Amazon or developing private label and cutting back on national brands. “We have spent the past 10 seasons increasing our mix of products in the high-margin, high-quality footwear category to 20 percent of total,” notes Robert Schwartz, owner of three Eneslow Shoes and Orthotics stores in Manhattan, which had three wage hikes since 2017. “We now travel to Europe four times per year to accomplish this, and it has resulted in a 6 percent increase in gross profit margin. This trend has to continue for us to survive and thrive.”

Dave Levy, owner of Hawley Lane Shoes, which has three comfort/fashion stores in Connecticut, also seeks out lesser-known brands overseas, adding his company hasn’t been to a domestic shoe show in two years. “We’re only going to Europe now so we can find brands that no one, or just a few people have,” he says. “These new brands, which are about 15 percent of our mix, align price point wise with what we already carry but with significantly higher margins they’ve really helped us with our operational costs.”

Likewise, for private label. Frustrated with national brands that are expanding their DTC efforts, stores are pivoting marketing dollars into their own brands to increase margins. DNA Footwear, for example, just introduced a new sustainable sneaker this summer and will roll out a full sustainable collection this fall. Over the past year, Kahalani reports its private label brand has been the chain’s top seller.

“Working with less” is another common survival tactic, even when it means fewer people on the floor in this service-reliant industry. “With brick-and-mortar retail business declining each season, we get close to the breaking point during slow times of year,” says Eneslow’s Schwartz. “Having increased labor costs across full staff, we are finding ways to work with fewer people per store and use more part-timers.”

Re-evaluating the overall business has been key. “As leases expire, we will close stores that cost too much to run but replace them with a less costly store design to get merchandise from stockroom to fitting stool faster, providing better customer service at lower cost,” says Schwartz.  “We’ve also reduced insurance costs and other service costs by getting multiple bids when we renew.” And staffing? “We’re using existing staff for new locations instead of hiring additional workers,” he says.

Hawley Lane Shoes is controlling hours of existing staff a bit more as well. “We’ve been slowly cutting hours a bit; between 5 to 8 percent,” says Levy. “This could mean someone comes in an hour later or goes home an hour earlier. We’ve always tried to go above and beyond for our employees, and we don’t want to cut so much that people aren’t full time and don’t get benefits.”

Closing underperforming stores is another outcome of rising minimum wages, although retailers are quick to point out that wages aren’t all to blame. The Amazon Age, changing shopping patterns and brands who’ve become competitors have all contributed to store closings. J Stephens’ Hauss says this is actually a good time to look at rent prices too. “We’re always evaluating our stores, and I’m finding that as we try to walk away from underperforming locations, landlords are coming back to renegotiate the rents.”

Retail expert Bob Negen, owner of Whiz Bang Retail Training, however, cautions retailers not to get too mired down in cost cutting. “It’s a really short-sighted perspective to only focus on trimming costs,” he says. “The answer should be in engendering loyalty to offset costs. I ask my clients to look at the gap between the average sale of their average salesperson and the average sale of their best salesperson. I find it’s almost never less than 25 percent. That means there’s a 25 percent opportunity there.”

Negen notes footwear is a loyalty business with opportunities for long-term purchases among all customers. “Shoe stores want to wrap up the loyalty angle, as people buy a lot of shoes in their lifetime,” he says. “The challenge isn’t to save dollars on labor per hour, but to boost intense customer loyalty. It’s hard to grow big when you’re thinking small!”