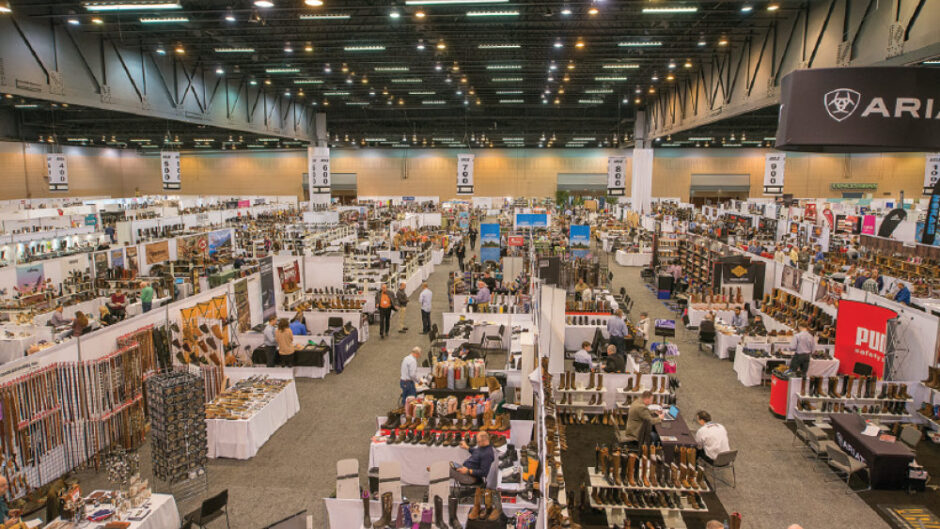 With two shows under its pandemic belt, Laura O’Brien, director of The Atlanta Shoe Market (TASM), believes she’s got the new normal safety protocols and show format down pat, as well as the trust of attendees. What’s more, the long-time show director (42 years and counting!) believes TASM’s big head start on a return to in-person shows has helped make Atlanta the industry’s must-attend destination. And with 800 brands already signed up and a floor plan 92 percent sold out months in advance of the (Feb. 19-21) edition at Cobb Galleria Centre, the numbers strongly back that up.

“Our fashion collection area is sold out and now has a huge waiting list,” O’Brien reports, noting that the upcoming event is using the larger pre-Covid floor plan. “We’ve picked up a lot of FFANY exhibitors who might have only shown there in the past, as well as a lot more international exhibitors (from Turkey, Mexico, Italy, Spain and Canada, among others) and more retailers are coming from across the country. I’m very proud that TASM is on the map as the national show.”

Consistency, reliability and affordability serve as TASM’s long-running formula for success. “It’s what I’ve always said: We’re a trade show association, so our ability to keep prices down for vendors has been a huge part of our success,” O’Brien says. Another factor contributing to TASM’s strong return is the fact that other cities, notably New York and Las Vegas, are still struggling to get back to normal. “Where else are they going to go?” O’Brien asks. “They’re coming to Atlanta, and once they do, they always come back.”

That’s where the consistency of TASM comes into play. O’Brien says attendees always know what to expect. That starts with the largest number of footwear exhibitors (by a lot) under one roof. In addition, TASM offers subsidized lunches for buyers, the NSRA educational seminar (this time entitled, “Are you Getting Left Behind in the Digital World”) and the return of the Casino Night cocktail party (held at the adjacent Cobb Energy Performing Arts Centre the first night)—pandemic permitting. Along those lines, O’Brien plans to once again administer temperature checks and wrist bands before entering, while a mask mandate would be determined by government officials. “I was hoping we could get back to completely normal, but now with the Omicron variant it’s wait-and-see,” she says. “But it’s not an issue for us to enact any safety protocols. I also think that people who’ve attended our past two shows saw that we did our best to keep them safe and they now have that comfort factor.”

Getting back to normal is O’Brien’s mantra. Using the pre-pandemic floor map is a big step. Having 800-plus exhibitors registered is a huge step. NSRA requesting a larger ballroom for their seminar is another. “They’re expecting more than 100 people,” O’Brien says, noting she’s confidant the show will be sold out. “It’s more than business as usual for TASM; it’s off the charts, actually,” she says. “Nobody would believe how ready we are several months before this show. I’m just thrilled.”