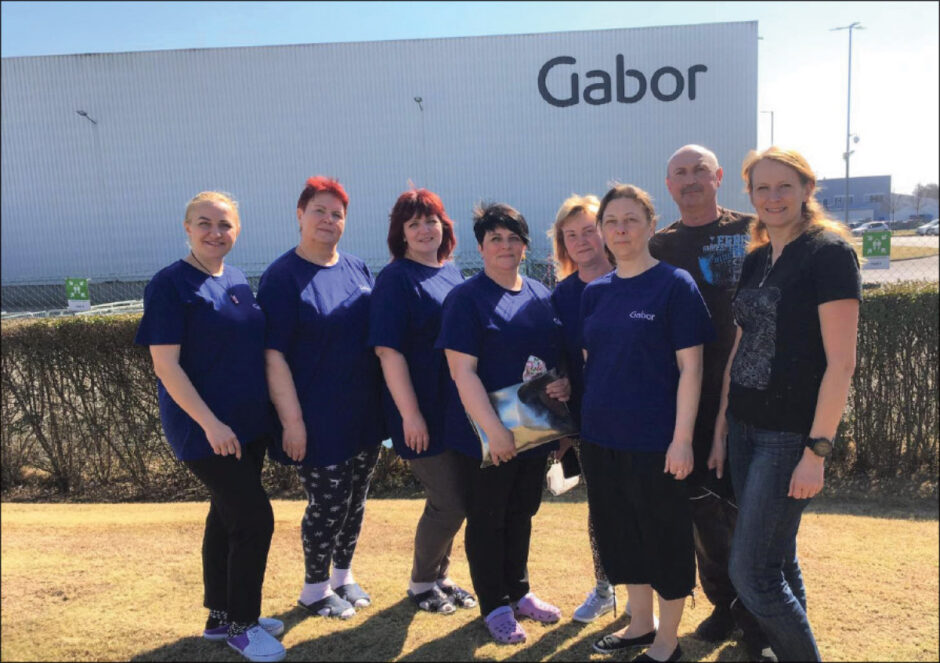 German Brands Step Up for Ukraine

The efforts include donating funds to support victims of Russia’s invasion and employing Ukrainian refugees to work in their factories.

Kanner Corporation, U.S. distributors of Gabor and Haflinger, reports the two German brands are doing what they can to aid Ukraine. The efforts include donating funds to support victims of Russia’s invasion and employing Ukrainian refugees to work in their factories.

To date, Gabor has hired 17 refugees to work in its Bánovce, Slovakia factory, which borders Ukraine. Most of the workers are women, and many of them brought their children and the children of relatives and acquaintances. The children are cared for in the city’s municipal kindergartens, while the women go about performing their new jobs.

“At least some can now make a living working for Gabor—a ray of hope in such a difficult time for them,” says Achim Gabor, chairman of Gabor Shoes. The new employees are also a valuable support for Gabor, as the manufacturer is increasing production capacities following the pandemic’s slowdown. In fact, the company is looking to hire more Ukrainian refugees at its Slovakian factory, which currently employs 1,000-plus people.

In addition, Gabor has donated ¤25,000 to the Slovak Red Cross as well as 3,500 pairs of shoes to people who’ve fled Ukraine war zones. Many Gabor employees are also taking part in the efforts to donate funds. “We watch this war with horror,” Gabor says, noting that the company ceased shipping goods to Russia in March. “Many refugees urgently need help, and more are arriving every day.”

Against all odds, Haflinger proudly reports its factory in Lwiw, Ukraine, remains up and running. The wool clog company produces 200,000-plus pairs annually in the facility. It’s a partnership that dates back 15 years. The company, founded more than 50 years ago, is committed to doing everything possible to keep the factory, which employs about 200 people, operational. “Admirably, our Ukrainian factory continues to run at full capacity while trying to overcome significant transportation and logistics obstacles,” says Edward Kanner, CEO of Kanner Corporation.

The fact that those employees are able to even show up for work amid the chaos is a testament to their dedication, Kanner adds. What’s more, keeping workers employed provides income as well as a sense of normalcy. It’s a win-win for the factory workers and Haflinger. “We stand side by side with our German headquarters in support of our Ukrainian friends and colleagues,” Kanner says.