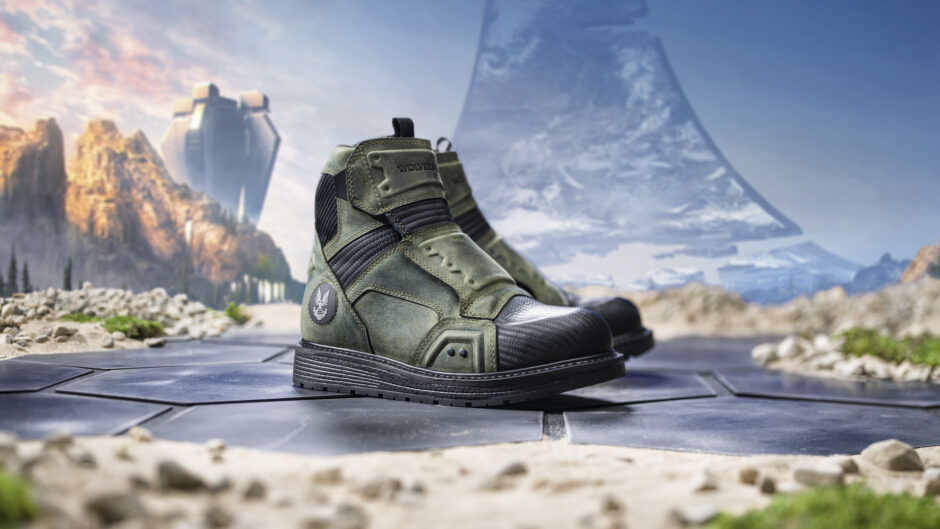 Wolverine Enters the Halo-sphere with Launch of ‘Master Chief’ Boot

Wolverine has teamed with 343 Industries, developers of the Halo video game franchise, to release a limited-edition boot inspired by iconic protagonist, the Master Chief. The collaboration and one-of-a-kind boot were originally inspired by Wolverine’s Hellcat boot.

After the brand released a video demonstrating the strength of the boot’s safety toe in August 2020, video gaming enthusiasts were quick to point out that the boot looked like gear straight out of the Halo universe. Comments rolled in asking the brand to make the boots a reality. Now, after nearly a year of design and collaboration, Wolverine and 343 Industries are answering the call, dropping 117 pairs of the Wolverine x Halo: The Master Chief limited-edition boots, on sale for $225 beginning March 29 at 12 p.m. ET on Wolverine.com/halo.

From the colors to the shape and design, the boot’s aesthetic is recognizable to Halo fans, while providing the comfort, strength and support Wolverine is best known for in all their work boots. Each pair of boots is outfitted with a “117” – The Master Chief’s Spartan number on the exterior heel of the left boot. The UNSC (United Nations Space Command) insignia can be found throughout the boot. The outsole is furnished with the in-universe logo for the “Materials Group,” the manufacturer of the Master Chief’s Mjolnir armor. In addition, the premium full-grain leather boot features an UltraSpring high rebound ETPU midsole for a lightweight, energized ride and rubber lug outsoles for traction.

“After nearly a year of design and collaboration, we’re proud to launch the Wolverine x Halo: The Master Chief boot,” states Tom Kennedy, global brand president of Wolverine. “This collaboration is a true testament to the devotion both Wolverine and 343 Industries have to our fans, and we couldn’t be more thrilled to bring a boot inspired by the Halo universe to life.”

“Given our roots in military science fiction, we’ve often heard from our fans that there is an appetite for a boot inspired by the Master Chief,” says John Friend, director of Halo and Xbox Consumer Products at 343 Industries Microsoft. “The limited-edition boot gives Halo fans a chance to step inside (the boots) to become Master Chief and bring the Halo universe into their everyday life, and we’re eager to see how fans react to the collaboration and forthcoming launches as part of our partnership with Wolverine.”

The December release of Halo Infinite, the latest game in the series, was the franchise’s biggest in history. In January, it was announced that more than 20 million people are playing. 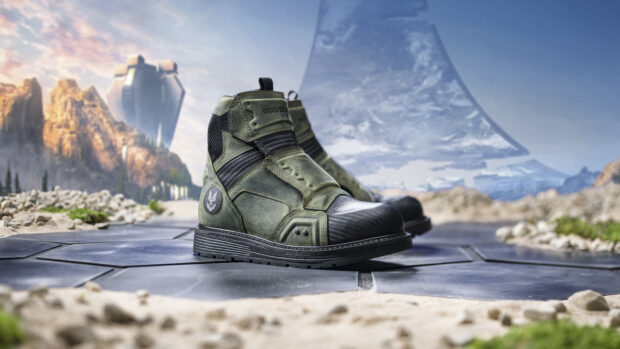