Diadora celebrates the ’90s with a retro reintroduction. 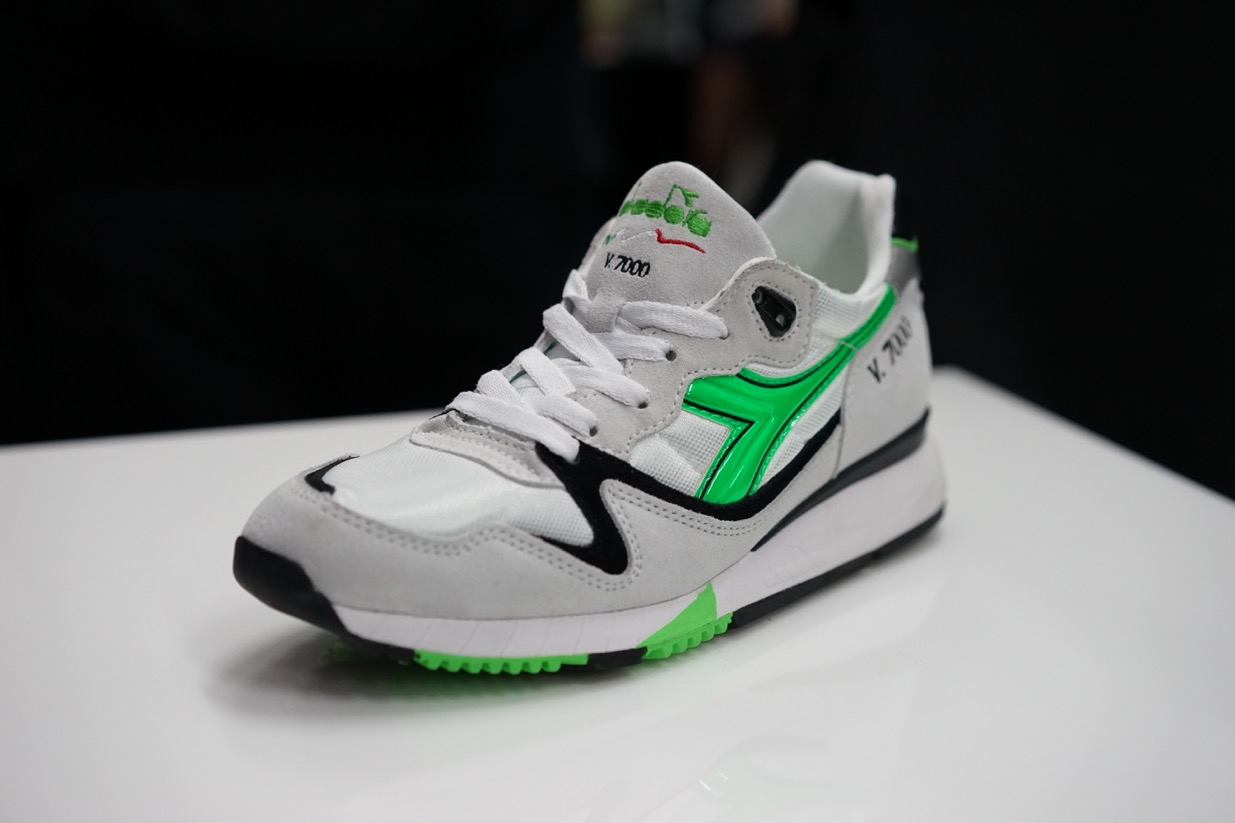 It’s hard to believe that 25 years has passed since 1990, the beginning of a decade that spawned the Walkman, the Tupac/Biggie feud, flannel shirts and the first CDs (and also this particular editor). Called “the last great decade,” the ’90s were a juxtaposition of technological development and nostalgia, which is back today in a big way. In celebration of the era, Italian athletic brand Diadora released a capsule collection from its 1990 catalog including a retro tracksuit and the OG V7000 sneaker in its original lime green colorway. The shoe is designed for medium- and long-distance running and features a Nylonfix and Japanese suede upper and a molded nylon stabilizer fastened to the sole for support and stability.

This past Friday, seven cities partied like it’s 1990 in honor of the re-launch. Sneaker boutique Extra Butter hosted New York City’s shin-dig, complete with a DJ spinning ’90s hip hop. “Extra Butter was the right place for this launch because of what they represent to sneaker culture in New York,” explains Dre Hayes, co-founder of the Foundation Showroom, who handles Diadora’s sales and distribution within the U.S. “The ’90s is back in a big way, and it’s great to celebrate a time when Diadora was so prominent in hip-hop culture with tennis and running shoes. It’s great we can express the history we have.”