At first glance, a Triptych creation is a boot. Then you look again and realize that maybe, with those cutouts, it's a sandal. But actually, as Tania Ursomarzo points out, it's neither. According to the New York City-based designer and Parsons professor, her Italian-made shoes "operate at the intersection of innovative design and masterful artisanship.

At first glance, a Triptych creation is a boot. Then you look again and realize that maybe, with those cutouts, it’s a sandal. But actually, as Tania Ursomarzo points out, it’s neither. According to the New York City-based designer and Parsons professor, her Italian-made shoes “operate at the intersection of innovative design and masterful artisanship. “I wanted to demonstrate that there is more that can be done for footwear and that there are different ways in which you can think about the design of things for the foot,” she adds.

Formally trained as an architect, Ursomarzo began apprenticing with a bespoke shoemaker and Parsons colleague a few years ago. “I then spent two years obsessively practicing by making over 25 shoes that I had designed and made patterns for,” she shares. “I made every component of the shoe by hand, including the sole, which I had also custom designed.” At some point she decided that she wanted to take this newfound obsession seriously. Thus, Triptych was born, and the artisanal footwear line will hit stores next spring. “Designing and making shoes became a natural progression of my gifts,” she notes. “And, most importantly, it is truly a labor of love.”

FP: What is your first shoe memory? TU: The only distinct shoe memory that matters is my discovery and purchase of a beautiful pair of boots by Clone (designer Bruno Bordese‘s line) while studying abroad in Paris in 1999. This was my first pair of designer shoes. I still have them and every time I open that box I am as happy, inspired and excited as the day I bought them. Good shoes are good shoes.

FP: Who is your style icon? TU: Fever Ray, mostly because she has no particular style but rather an attitude towards how her craft (performance) influences how she thinks about her body, her image and her identity. I think it’s super interesting and fresh, especially since we live in a time where everything and everyone looks homogenous and where the emphasis is on a completely fabricated “real” image of oneself. 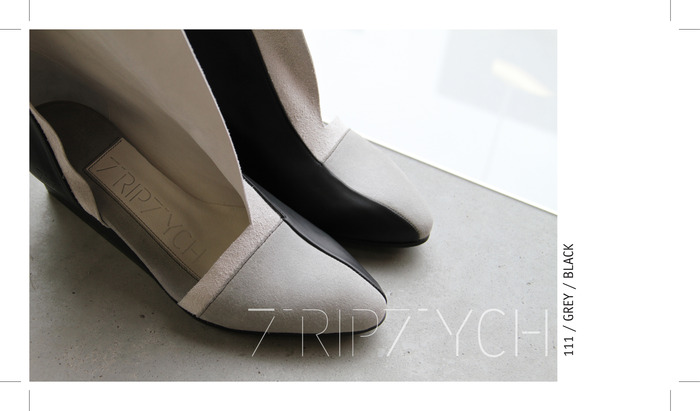 FP: Where do you like to shop? TU: These days, in my old room at my mom’s house. I have an extensive wardrobe and I love finding old things that I love but haven’t worn in years or forgot that I had.

FP: Which shoes in your closet are getting the most wear? TU: Ben in cream from my first Triptych collection.

FP: Which designer do you admire the most? TU: I appreciate different aspects of each designer’s work. For instance, Stella McCartney is a designer whose work I really like and have followed for a long time because of its playfulness and experimentation with new materials. Yohji Yamamoto for his exploration of form and how it can be used interchangeably between clothing for men and for women. Comme des Garcons [designer Rei Kawakubo] for her constant questioning and provoking of what the body can actually wear. And the list goes on…

FP: What is your favorite part of your job? TU: Creating. Making. Moving.