Score another high-profile athlete endorsement deal for Team Skechers: Michael Ballackone, one of Germany’s top-scoring midfielders of all time. The three-time German Footballer of the Year with four national championship wins in his boots will appear in multi-platform marketing initiatives in support of the brand’s performance and lifestyle collections.

“The energy and enthusiasm for Skechers in Germany these last few years has exceeded anything that I have seen in the more than two decades that we have been here,” states Christoph Wilkens, managing director of Skechers Germany. “There is a real buzz for the brand, and Michael Ballack reflects what defines Skechers: style, quality and the cornerstone of comfort.” Wilkens adds, “As a player, he made history in Germany and, with his personable nature and extensive fanbase, is ideal for Skechers. It’s a natural collaboration that we believe will further build awareness of our already popular men’s product offering, and for Skechers Germany, a proud moment to see a local hero in our store windows, as well as campaigns across Europe.”

“Germany is an important market for Skechers, and Europe is one of our strongest performing regions,” notes David Weinberg, COO of Skechers. “Creating a campaign featuring Michael Ballack represents a smart investment in growing our men’s business in this key market, and we expect he will generate excitement and interest in our collections not only in Germany, but across all of Europe as well.”

“I became familiar with Skechers seeing their ads in stadiums over the years, and I’ve enjoyed wearing their shoes from the first time I tried on a pair,” states Ballack. “It is important to me that my footwear not only looks good, but is also comfortable and can be worn in many different ways. I feel great in Skechers and was overwhelmed by the versatility of the collections. This is a global brand I can wear everyday no matter what my plans are.”

Throughout his career and always wearing shirt number 13, Ballack played in 98 international games over 11 years. As team captain, he took part in two world championships and three European championships from 2004 and is ranked eighth on the German national team all-time goals list with 42. Ballack has received numerous accolades throughout his career including German Footballer of the Year three times (2002, 2003, 2005), and FIFA named him on their 100 Greatest Footballers of the 20th Century list in 2004 and World Cup All-Star Team in 2002 and 2006. He also won the Silver Shoe at the FIFA Confederations Cup in 2005. The former player is still active today as a football expert, including for the European Championship. 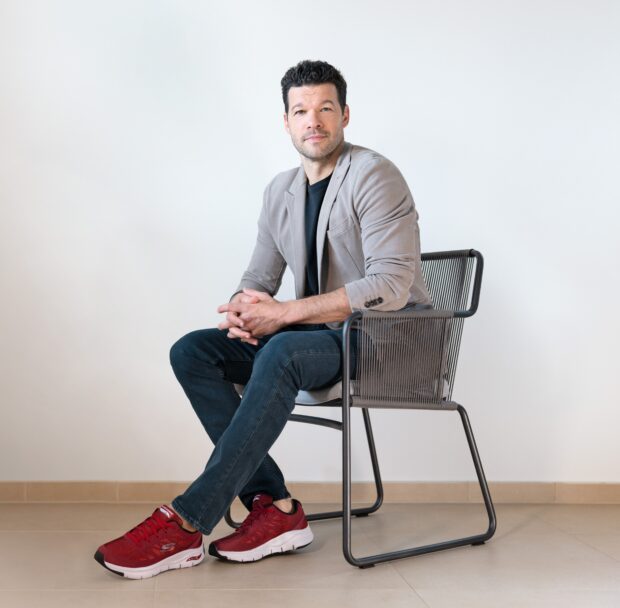