Skechers ‘Lights Up’ on TikTok

It’s all about those Skechers light up shoes in the hit track performed by DripReport and produced by Ouhboy that has become a viral sensation on TikTok. Since the track was first posted on YouTube in January, millions have taken the Skechers challenge with countless impressions for the brand as many create and share content dancing to the hit song with lyrics that repeatedly feature Skechers.

The “Skechers” track has moved up the Billboard Emerging Artists Chart and rose to as high as #1 on the Spotify US Viral Chart and #1 on the Shazam US Discovery Chart. More than 57 million have seen the original video on YouTube, and a remix of the song has taken over TikTok. A pair of videos by top content creators on the platform—and sisters—@dixiedamelio and @charlidamelio have earned more than a combined 59 million views, 10.1 million likes and tens of thousands of shares, while creator @lilhuddy’s take on the song earned 14.8 million views. Grammy-nominated rapper, singer and songwriter @tyga also recorded an intro remix of the track on Apr. 19, receiving more than 6.1 million views. To date, over 2.3 million TikTok videos have been created using the “Skechers” song.

DripReport started sharing remixes on social media late last year and, in only five months, has gained hundreds of millions of views on YouTube and social media for his content. He was recently signed to Arista Records for an official release of “Skechers”—his first original track. 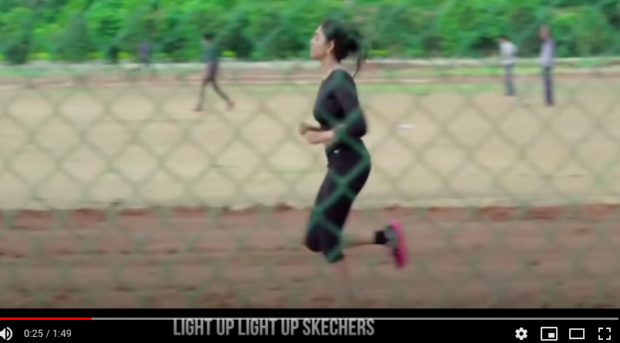