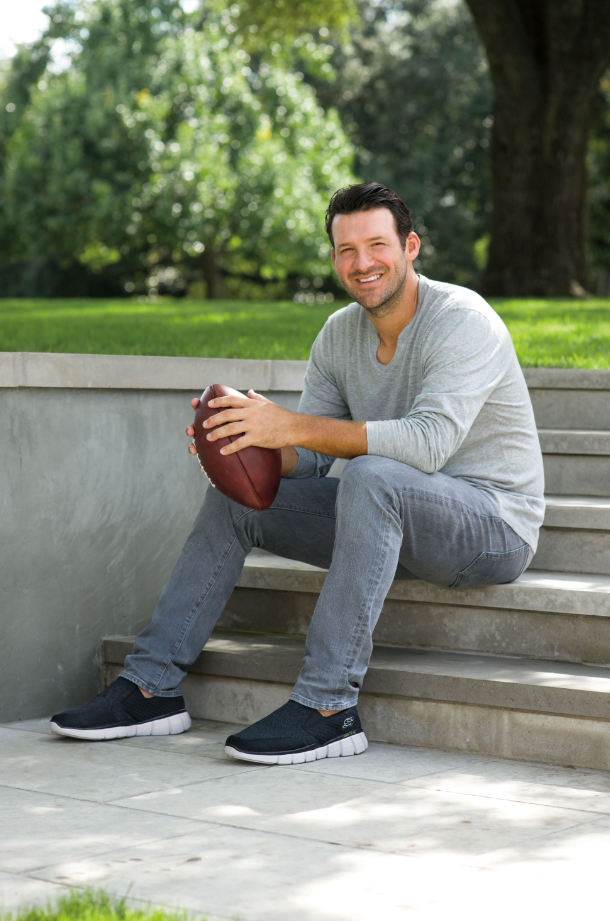 Skechers continues to flush out is all-star team of professional athletes across a range of sports with the addition of former Dallas Cowboy  quarterback/now CBS sportscaster Tony Romo. He will be wearing men’s styles in a multi-platform global marketing campaign set to launch later this year.

“Partnering with elite athletes has proven to be an effective way to reach sports fans of all ages, and Tony Romo certainly fits the mold of the iconic stars who have represented our men’s footwear collection,” states Michael Greenberg, president of Skechers. “Not only was he great on the field, but Tony is a media superstar as well, and we know as his fans follow him to the broadcast side. His reach will help convey how our athletic and casual footwear delivers on style and comfort for men everywhere.”

“After 14 years on the field with the Cowboys, it was time to hang up my cleats, but these comfortable Skechers shoes are perfect for my life and career after football,” states Romo. “It’s an honor to follow in the footsteps of Joe Montana and Howie Long as a Skechers ambassador. I’m looking forward to retirement with Skechers!”