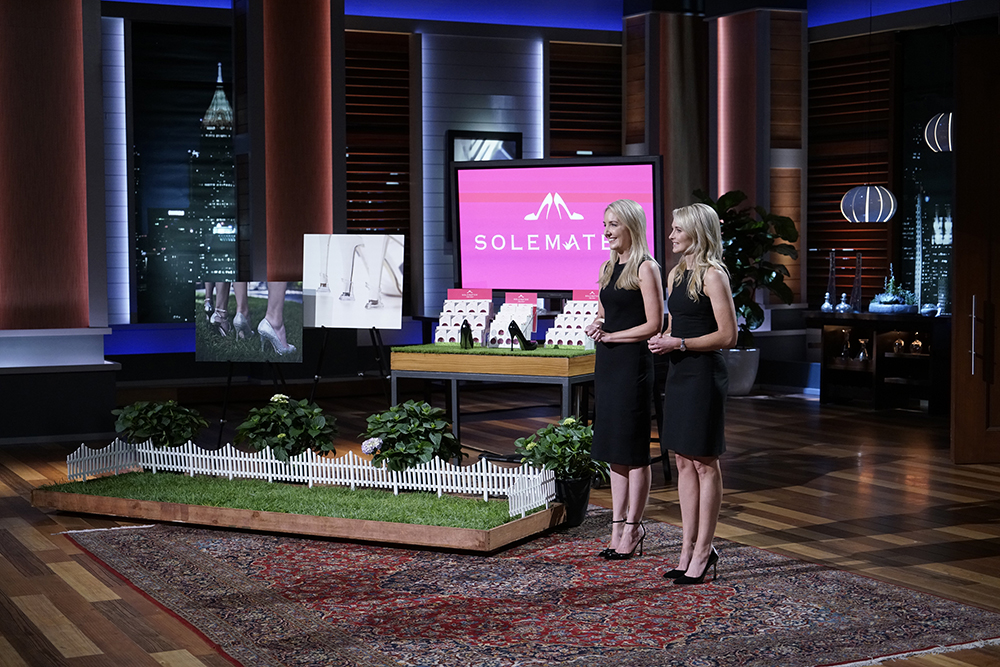 Every woman who has ever stumbled in stilettos across muddy terrain was all-ears during Friday’s Shark Tank episode, when Becca Brown and Monica Ferguson of Solemates pleaded their case to the sharks. The Solemates High Heeler is a patented and mechanically engineered heel cap that prevents heels from sinking into grass and cracks, helping to avoid damage caused by uneven and rough surfaces. Early adopters include Oprah Winfrey, Lauren Conrad, Fergie, Demi Lovato and Carrie Underwood.

During the show, the sharks were singing Brown and Ferguson’s praises as well, and the duo made a deal for $500,000 with Robert Herjavec on Friday night’s episode.