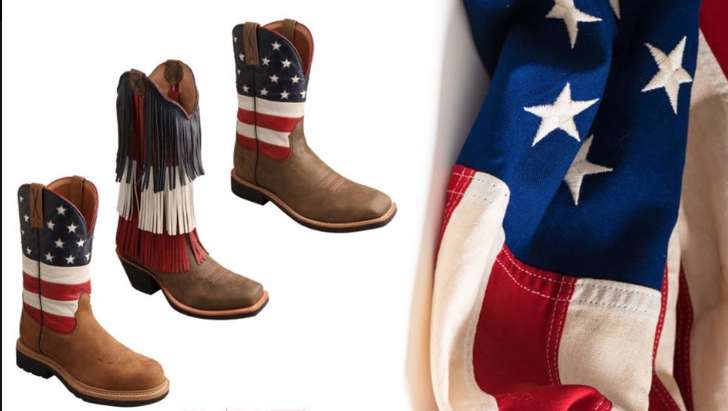 Twisted X Boots is giving back to our nation's veterans in a new philanthropic campaign.

Though we often view Memorial Day the unofficial kickoff to summer, it’s important to remember the holiday’s true significance. In honor of just that, Twisted X Boots retail locations throughout the U.S. will be raising money in support of the Veterans of Foreign Wars of the United States from Memorial Day through Independence Day.

Twisted X will donate $1 per pair of shoes and $2 per pair of boots bought from its VFW Patriotic Collection back to the VFW. In addition, the company will also promote the VFW “Buddy Poppy” program at participating western retailers during the campaign. All donations will be used by the VFW to extend its vital support and assistance programs to more veterans, service members and their families.

“We are happy to donate to the VFW on our own, because it is a very dear cause to me,” adds Prasad Reddy, president and CEO of Twisted X. “But we wanted the stores to also be able to participate in the Buddy Poppy program, because it will give them local engagement within their communities.”

In addition, retailers will have the option of selling the VFW’s “The U.S. Constitution and Fascinating Facts About It” booklets in their locations ($4 retail). Styles available in men’s, women’s and kid’s retail for $70 to $190, and each shoe comes with a VFW keychain.

To date, Twisted X has raised more than $50,000 for the VFW, a cause near and dear to the CEO’s heart since he became a citizen in 1980. “After I took the oath as a citizen with the judge, I stepped out of the court hall and was greeted by VFW members who welcomed me to America as a citizen and gave me an American Flag and the Constitution booklet,” Reddy offers.