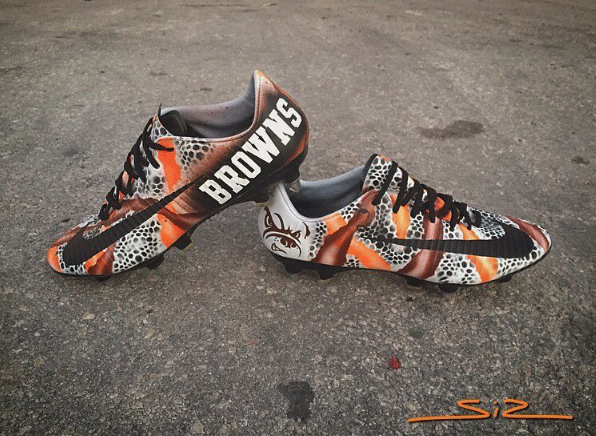 Attention football fans! Leading up to Super Bowl LI, Microsoft is giving fans a chance to have a stake in the big game with a Custom Cleat Design Competition featuring the New England Patriots cornerback and Super Bowl XLIX champion Malcolm Butler and Atlanta Falcons running back Devonta Freeman. As part of the competition, both Butler and Freeman will each wear a pair of customized cleats during their pre-game warmups prior to the Super Bowl.

The cleat designs will be created by fans at Microsoft’s NFLX location in Houston, TX, from Saturday, Jan. 28 to Tue., January 31 using Sketchable, a feature-rich drawing app, on Microsoft’s new Surface Studio and Surface Hub devices. Fans will be able to take advantage of the creative elements and design tools available through Microsoft technology to potentially play a part in the cleats worn on the field before the game.

Once Butler and Freeman choose their favorite designs, world-renowned cleat artist Marcus Rivero will create the cleats live at the Microsoft space at NFLX on Thursday, Feb. 2.