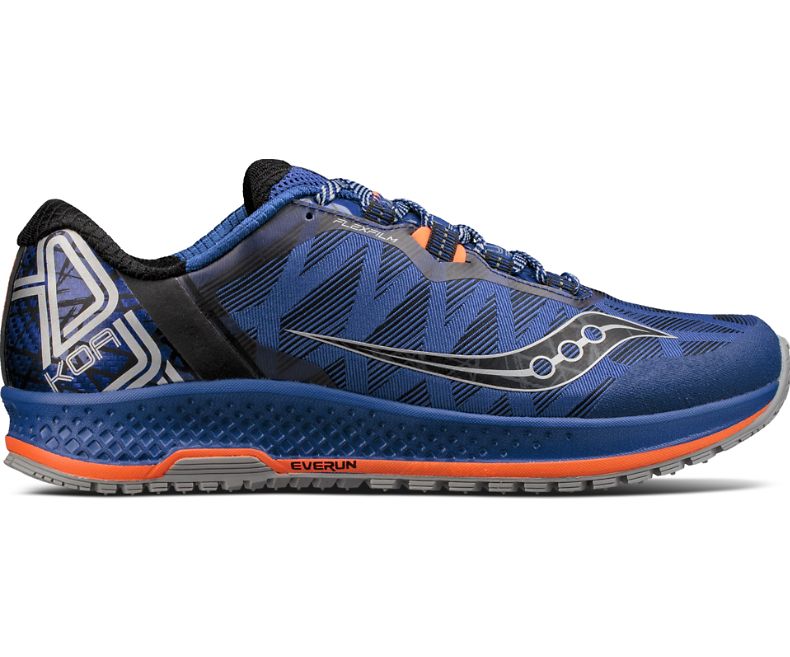 Runner’s World review: “Here at Runner’s World HQ, we have to log more than a mile on blacktop to reach our local trail loop. It’s on such runs that the Koa TR shines. The outsole features a lot of closely spaced 3.5 mm lugs that roll almost as smoothly as a road shoe on flat surfaces. But when you hit the dirt, they have enough bite to deliver confidence. And like a good hybrid shoe, they have that road-worthy comfort—a full-length layer of bouncy foam sits just beneath the sockliner to give you a little extra cushioning.”

“To have the Koa TR honored as the “Best Debut” in the market by the respected editors at Runner’s World means a great deal to our team, who spent countless hours ensuring that every part of this shoe would inspire trail runners everywhere,” states Doug Smiley, business unit manager for Saucony running. “For those with a passion for the dirt, the all-new Koa TR definitely stands apart from the crowd with its great underfoot feeling on all kinds of surfaces. We continue to raise the bar in both product innovation and the trail running experience.”