Richardson spoke about her journey to CEO of a major footwear brand when oftentimes she was the “only woman in the room full of men.” She also noted SAS’s ongoing commitment to manufacture shoes in the U.S. when few believe it’s possible. She suggested that the young women in attendance use their courage to reach their dreams and tied up her comments with a little shoe wisdom: “We believe aching feet should be the last thing a woman is worried about.” Of course, seeing and feeling is believing as SAS set up a Style Lounge at the event to showcase its wide variety of styles—from athleisure to luxe ankle boots. 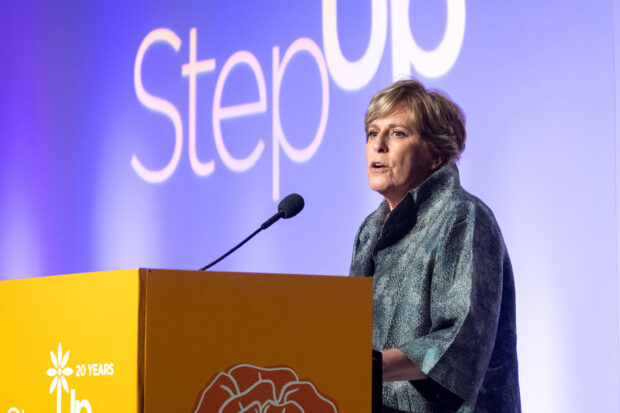