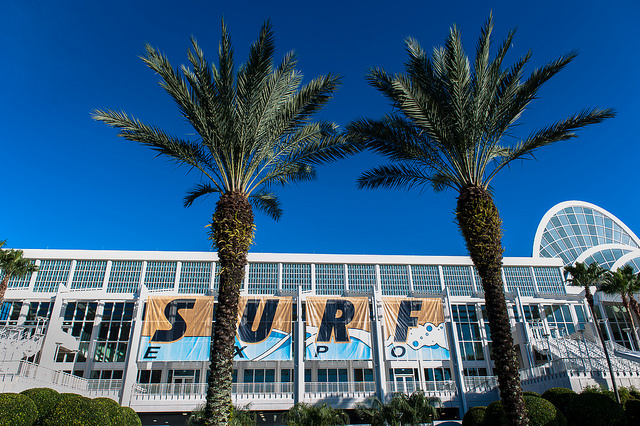 After wrapping up its January show, Surf Expo reports a strong response to its 40th year representing the boardsports, resort and beach lifestyle markets. The Orlando, FL–based convention featured more than 2,300 booths of hardgoods, apparel and accessories with nearly 20-percent of exhibitors as first-time participants. “We found about a dozen new lines, which is phenomenal,” said Jeoffrey Nathan, owner of Coastal Urge in Wrightsville Beach, NC. Charlie Bunger, owner of Bunger Surfboards in Babylon, NY said,  “The show met all my expectations, and I was able to secure a few new brands I wasn’t aware even existed that I think will be a nice addition to our shop.” Buyers from more than 3,100 retailers from 46 states and 51 countries were in attendance. Surf Expo also marked its Ruby anniversary at the show, including an exhibition of Bustin’ Down the Door —a film chronicling the rise of pro surfing and the emergence of surf culture—and meet-and-greets with pro surfers Ian Cairns, Peter “PT” Townend and cousins Michal and Shaun Tomson.