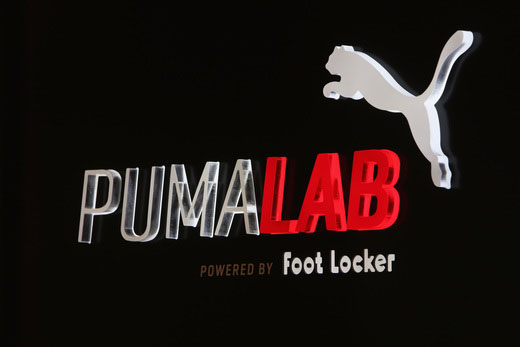 To better bring featured premium and trend-relevant Puma footwear to Foot Locker customers, the brand and retailer began a partnership to open Puma Lab shop-in-shop locations within Foot Locker stores. Created to be a destination for the brand’s most sought-after styles, the latest Puma Lab was opened in Foot Locker’s 69th Street location in Philadelphia on March 20th, with another slated to open in the 52nd Street location next month. To celebrate the celebrate the opening on Friday, rapper and Puma collaborator Meek Mill attended the unveiling before heading to his concert. The partnership began in 2014 with two Puma Lab Powered by Foot Locker locations in Atlanta. Customized iterations in over 120 Foot Locker locations across the country followed to showcase the hottest Puma styles while also giving a full brand experience. Later in the spring the concept will extend to Miami locations. For special releases and more information on product offerings, visit Footlocker.com/PUMALab.