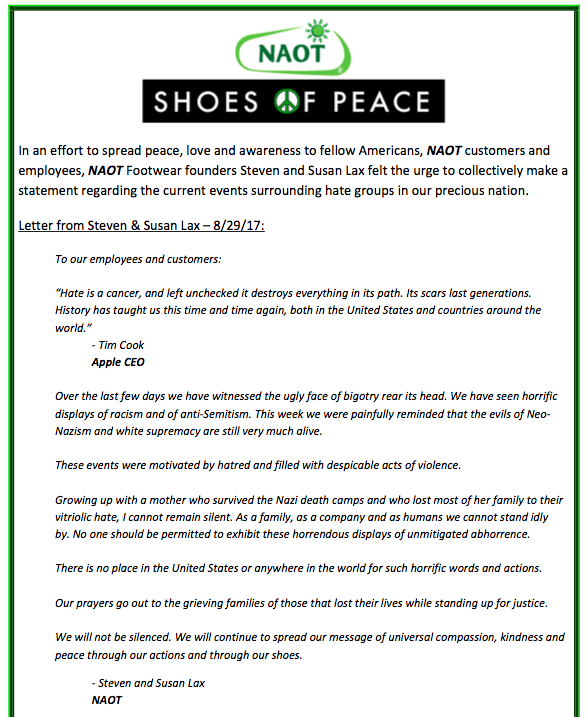 For more than 40 years, Naot has employed Palestinians at full Israeli wages despite the political situation. It is one of the largest suppliers of economic opportunities for several communities on the West Bank.

“We believe that every sandal is a sandal of peace, as each one is handmade by the joint effort of Israelis and Palestinians,” says Steve Lax, president.

Naot invests in the development of industry in the Galilee and in creating more jobs for residents of the area. They employ 400 workers from around the region and the company makes financial donations throughout the year, including the donation of footwear to various social institutions and organizations, among then: Support for an Upper Galilee football team, assisting women’s organizations, lone soldiers and more.