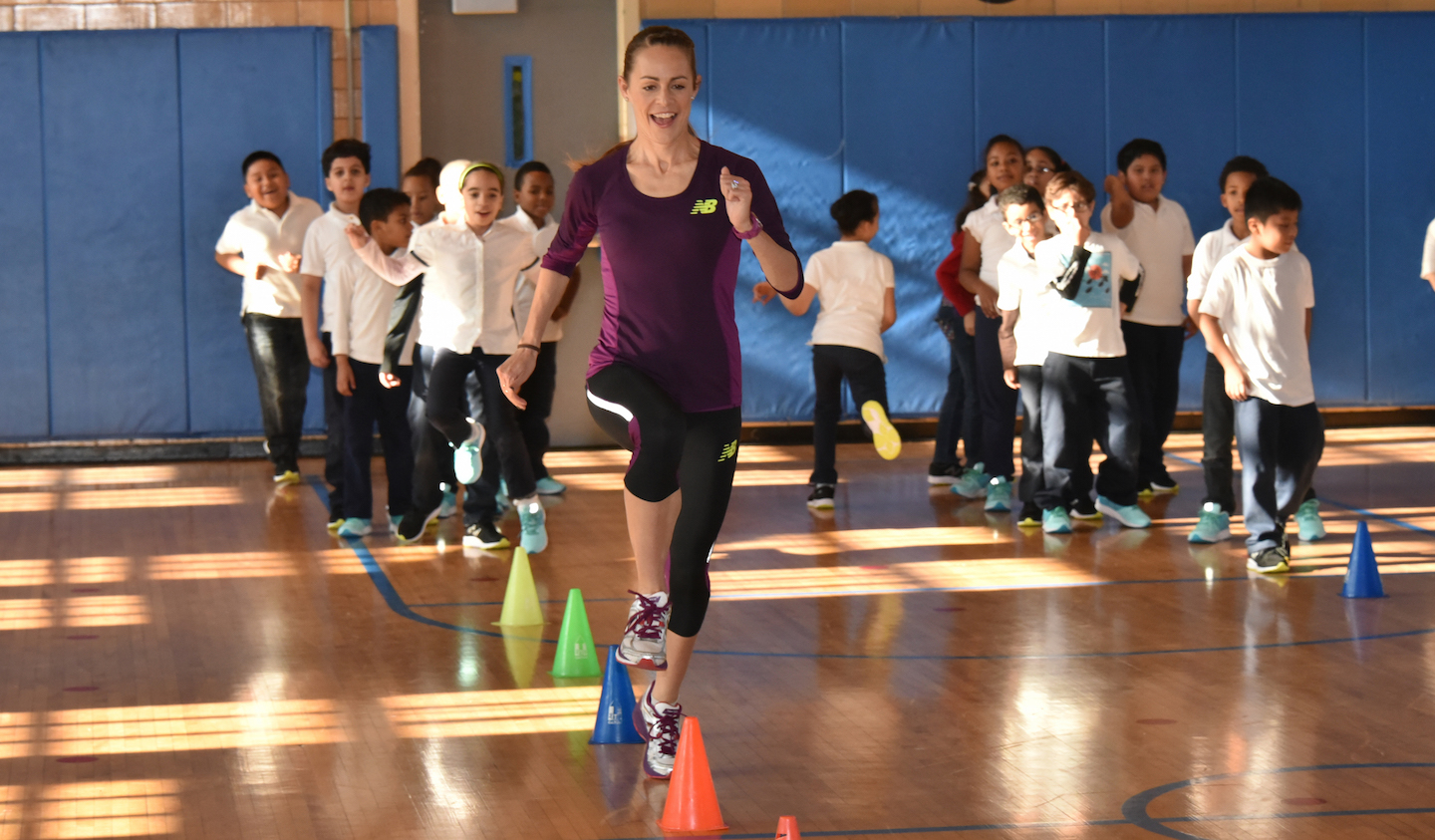 Lace up your running shoes! New Balance announced a new partnership today with the New York Road Runners—a ten-year sponsorship of events and youth running initiatives throughout the city. The relationship will gradually launch in 2016 and come to fruition in 2017, including the sponsorship of NYRR Heritage Races and the New York City Marathon. “Six months ago, our team stood in this very store, and we looked [leaders at] NYRR in the eye and said it was our intention to be their best partner,” said New Balance CEO Rob DeMartini at this morning’s press conference. In tandem with the partnership, NYRR will open a new running center in New York’s Columbus Circle in late 2016 that will serve as a hub for runners and feature a New Balance retail component. And, for every pair of shoes sold at the center, a pair will be donated to youngsters in need in the city’s five boroughs.