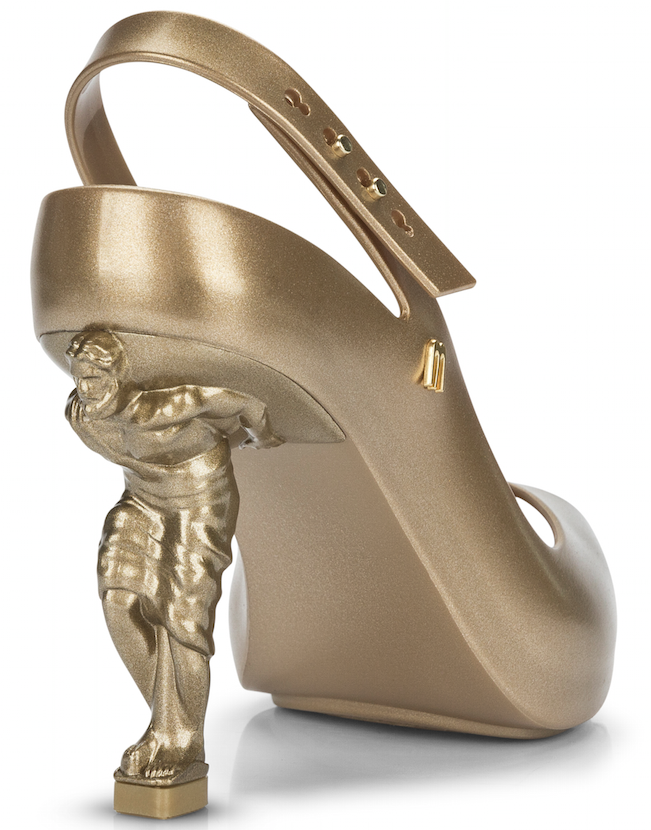 We got a peek at Melissa’s latest collab last night and, boy, was it a killer combo! The well-known plastic footwear brand approached contemporary artist Sebastian Errazuriz to create a couple of wearable styles based on his recent work Twelve Shoes for Twelve Lovers, which debuted at Miami Art Basel in 2013. Errazuriz’s 12 shoe-like sculptures, developed on a 3D printer, were inspired by ex-girlfriends and include titles like Cry Baby, Jetsetter and Heartbreaker.

Melissa is now producing limited editions of two of the shoe styles, transitioning them from sculptures into functional footwear. Goldigger has a heel that resembles a man supporting the shoe (it made us think of a powerful woman in control of a man) and The Boss boasts brass knuckles underfoot (look out, it could double as a weapon).

Errazuriz, known for his furniture and public art works, explains, “I didn’t want to do what everyone else does. I didn’t want to just decorate shoes.” He very much wanted to make the collaboration a personal project and include a bit of his own story in every shoe. We say he has been successful!

Available for sale now, both styles retail for $450.