LionRock Capital has completed its partnership with Clarks, acquiring a majority stake in the 196-year-old English business for an investment of £100 million. The board announced the appointment of Victor Herrero as Executive Chairman and CEO, replacing Giorgio Presca, who is pursuing other opportunities. Gary Champion remains as president of Clarks Americas.

Herrero possesses a wealth of experience in the retail industry. He is the chairman of Bossini, non-Executive Director of Viva China Holdings Limited and up to now a non-Executive Director of Clarks. Previously, he was  CEO and director of Guess? Inc. (2015 and 2019) and, prior to that, he spent more than 12 years at Inditex, the parent company of Zara, holding several senior executive roles, where most recently he was ran the Asia Pacific division and managing director of China.

“Clarks is one of the world’s most recognized consumer names and we look forward to working with the Clark family and Clarks’ leadership team to build on its tradition of providing customers around the world with top-quality products and exceptional service,” states Daniel Tseung, founder and managing director of LionRock Capital. Adds Li Ning, non-executive chairman of LionRock Capital, “I am thrilled that LionRock Capital is partnering with one of the UK’s most iconic brands during this momentous new phase for the business. We look forward to leveraging our network and experience to support Clarks through the next phase of development.”

Herrero echoed the board in thanking Presca for his much-valued contribution to Clarks over the last two years. “I am excited about leading Clarks to its next level and partnering with LionRock Capital and the Clark family to build a strong and sustainable future for this iconic and much-loved global brand,” he says. 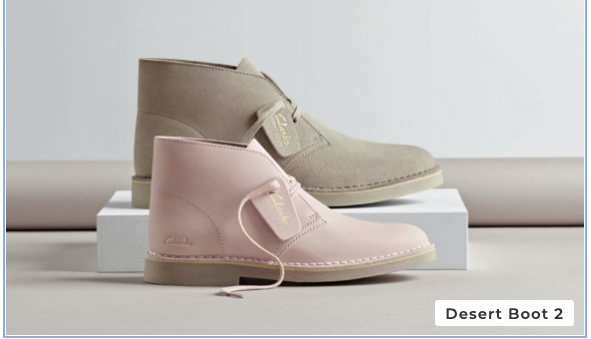