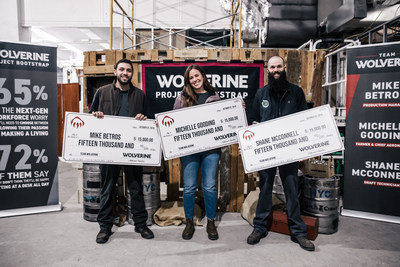 How Wolverine is Turning Trades into Dream Jobs

Millions of skilled trades jobs currently sit empty, in large part because of low awareness and misconceptions. At the same time, 72 percent of the next-generation workforce says they don’t want a desk job, according to a survey by Wolverine. That’s a disconnect that the work brand looks to bridge as it brings awareness to the skilled trades and how they can be anyone’s dream job.

“Not knowing enough about the skilled trades is a large barrier for why people aren’t choosing this career path,” states Andrew Shripka, vice president of marketing for Wolverine. “But the reality is that these jobs offer exactly what today’s young people are looking for. They can get out from behind a desk and find success where the work they are doing is making a lasting, meaningful impact.”

However, 65 percent surveyed still worry they’ll need to choose between following their passions and making a living. That’s why Wolverine’s Project Bootstrap, now in its fifth year, is focused on eliminating stereotypes and celebrating the women and men who keep our country running through their expert skills and strong work ethic. In partnership with Manhattan’s soon-to-open Torch & Crown Brewing Company, Wolverine is proving how trade jobs are dream jobs with its newest Team Wolverine members:

Each Team Wolverine member received $15,000 during the signing event to put toward facilitating their success at work.

“Mike, Michelle and Shane are pursuing their dreams through their jobs, and each has found the flexibility and opportunity to create the life they wanted through the trades,’ says Shripka. “At Wolverine, we believe this crew can tackle anything with their hard work and tenacious spirit. We’re honored to call them Team Wolverine, as they take the same pride in their work that we do in supporting them.”

In addition to providing the inspiration to follow their dreams, Wolverine partnered with Torch & Crown to create Lace ’Em Up Lager, a beer to support the skilled trades. Wolverine is matching the collaboration beer sales with a donation of $50,000 to the mikeroweWORKS scholarship foundation to encourage the next generation of skilled trades workers. The Lace ’Em Up Lager is available now in cans where Torch & Crown is sold and will be available on tap at the brewery when it opens later this fall. 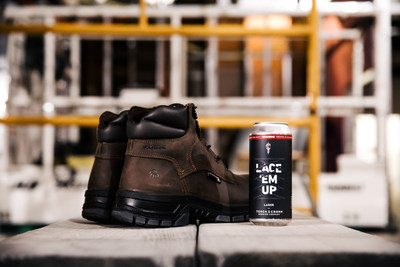