The Rockport Group cuts the ribbon on its new global HQ. 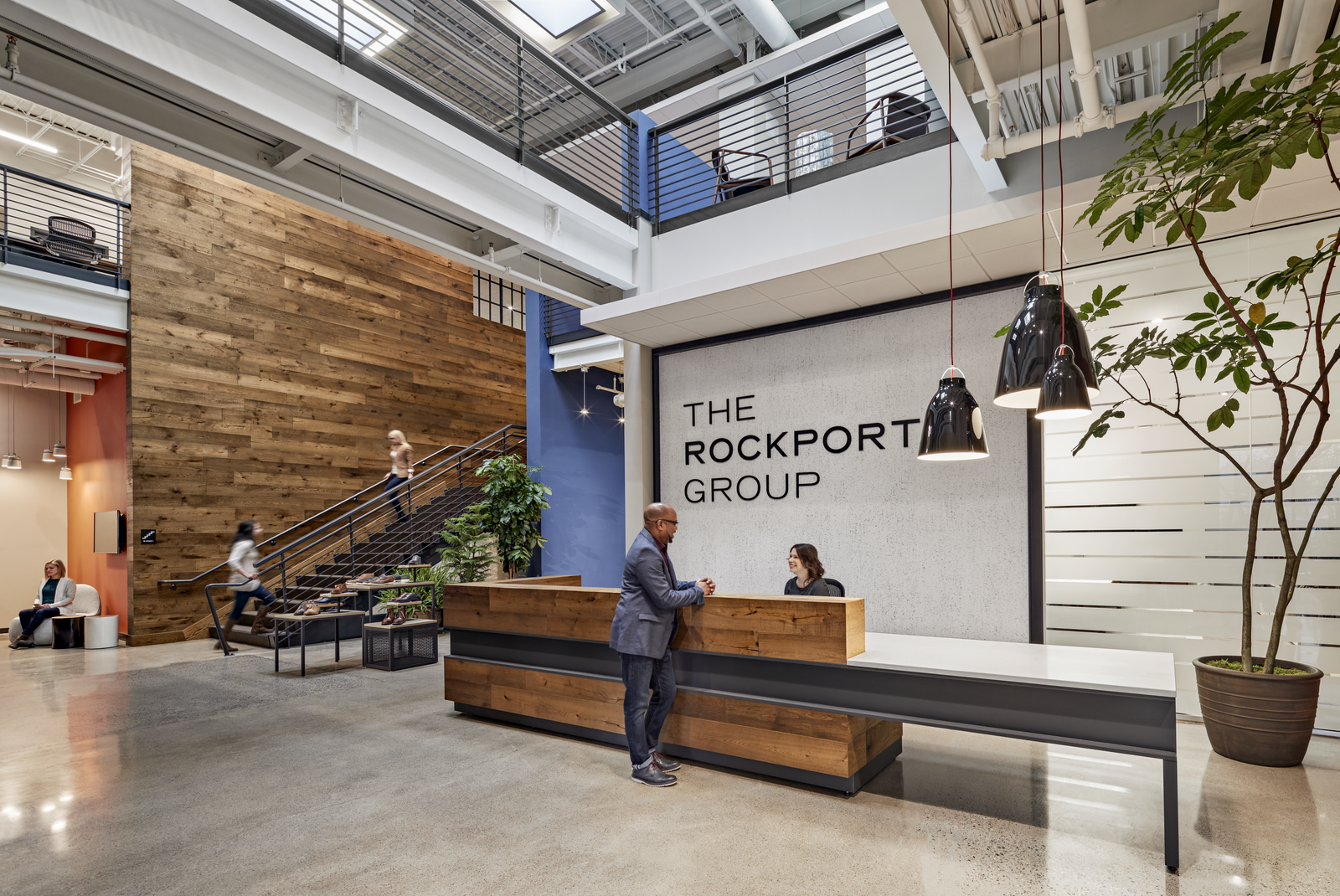 Yesterday, The Rockport Group announced the move of its global corporate headquarters to the village of West Newton in the city of Newton, MA. The move comes nearly 18 months after the men’s and women’s footwear brand became a standalone entity following its acquisition by Berkshire Partners LLC and New Balance Holding, Inc.

The new office is sited in a brick-and-beam building with decor inspired by the company’s New England heritage, complete with industrial-themed staircases, exposed brick, large windows and an open-concept cafeteria. “We are excited to call Newton the home of The Rockport Group’s new global headquarters,” adds President and CEO Bob Infantino. “We were founded in Massachusetts in 1971 and are proud to continue our legacy in the greater Boston area.”