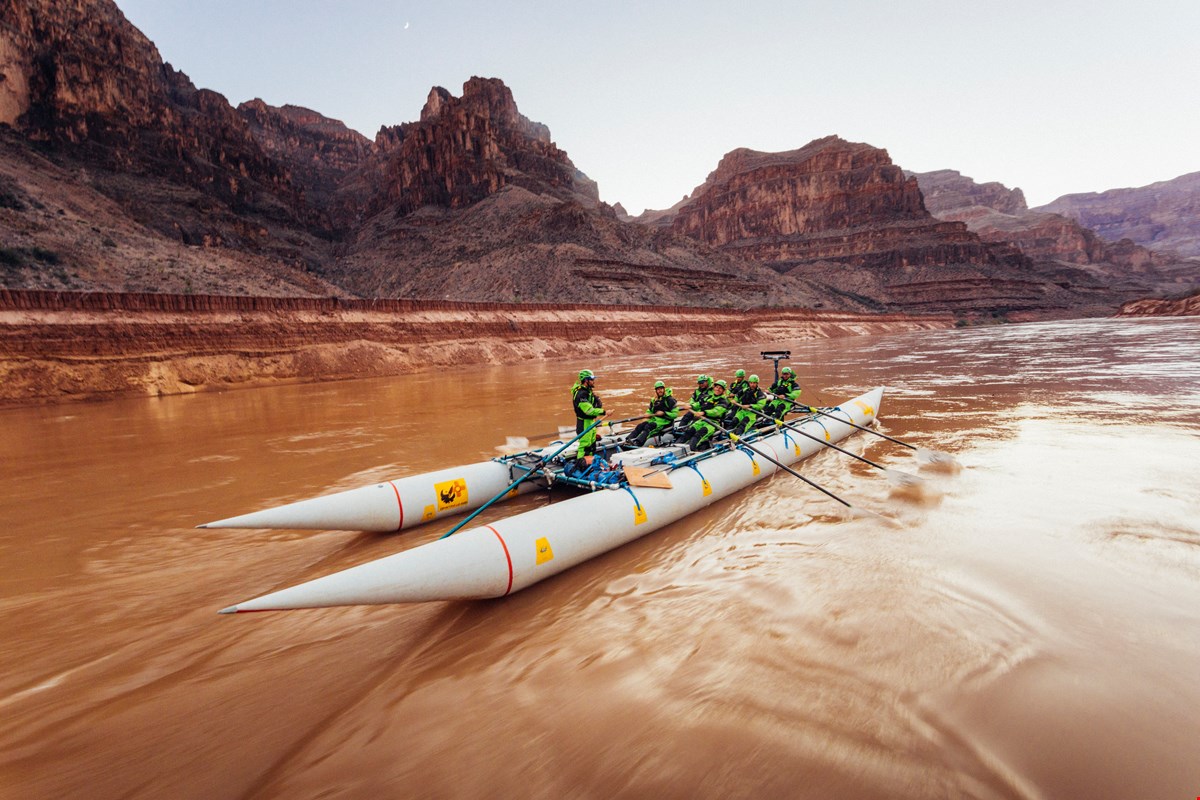 Outdoor footwear brand Chaco is debuting its feature film, The Time Travelers, at select REI stores next month. The movie, made in partnership with the brand and retailer by renowned creatives Forest Woodward and Brendan Leonard, documents an audacious attempt to break the Grand Canyon speed record by the U.S. Whitewater Raft Team. The premiere events—which will include appearances by members of the raft team—will take place at REI stores in Seattle, Atlanta, Washington, Bloomington, Minnesota and Denver March 3 through 9.

“This film is about eight ordinary guys, juggling jobs and families, trying to do something extraordinary—it’s a story that’s relatable and inspirational,” adds Josh Weichhand, brand manager at Chaco. “Forest and Brendan are two of the most compelling and authentic voices in the outdoors right now, and we can’t wait to share what they’ve captured.”

After nearly a year of planning, on Jan. 13, 2017, the U.S. Men’s Raft Team set off from Lee’s Ferry in a 48-foot experimental boat, with the goal of rowing non-stop through all 277 miles of the Grand Canyon and breaking the 34-hour speed record. Prior to the trip, the team had competed in whitewater raft races around the globe but had never attempted anything like this. The trip required countless hours of training and a completely custom boat designed for speed. It proved to be the journey of a lifetime for the team.

REI will host five premieres of The Time Travelers at select stores across the country. Each of the premieres will begin at 6:30 p.m. local time and will include a film screening, a moderated discussion and Q & A with members of the team, a gear raffle and free food and drinks. All events are free and open to the public with raffle proceeds going to American Rivers.