Giving in the Big Apple 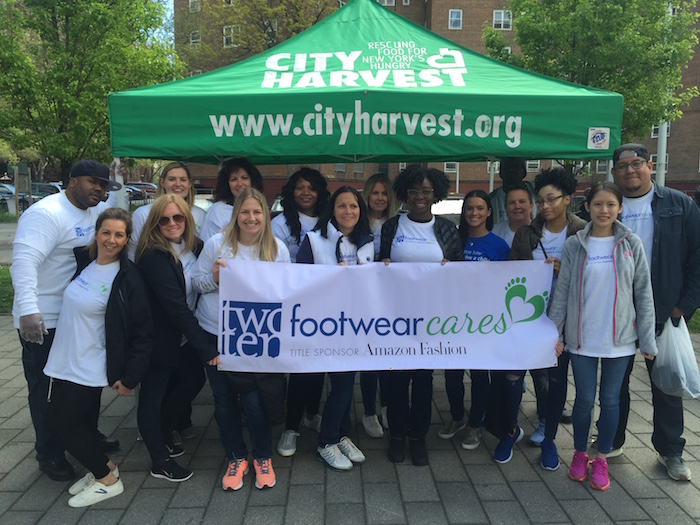 The month of April may be winding down, but Footwear Cares is going strong. This week, the movement was particularly active in New York City. Tuesday, the Two Ten Footwear Foundation and volunteers from Sam Edelman were at the Ronald McDonald House (photo below), cleaning guest rooms in preparation for 21 new families of children with critical medical problems being treated in city hospitals and medical centers to arrive that day. Yesterday, 15 volunteers from Marc Fisher worked hard to sort, weigh, bag and hand out fresh vegetables to 500-plus people in the Bronx with City Harvest (photo above). “With such a large number of footwear brands and companies based in the New York metro area, it’s wonderful for us all to come together and give back to our New York City communities,” offers Two Ten Chief Marketing officer Terri Rawson, who was at the events. “There is so much need in every neighborhood across the city, and for footwear volunteers to see how their hard work makes a difference in the lives of their neighbors is an incredibly rewarding experience.”