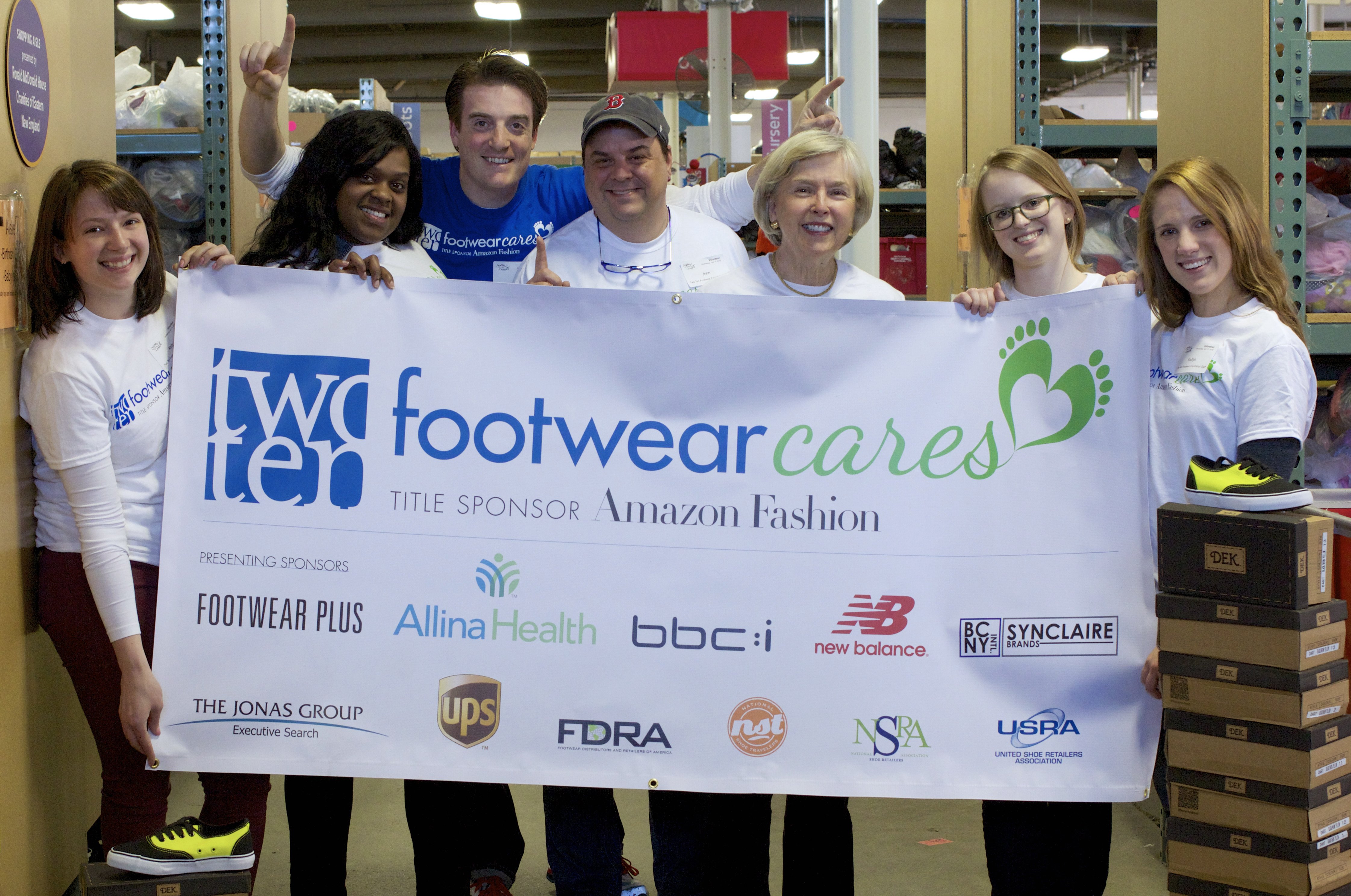 Wednesday, April 15th marked the two year anniversary of the Boston Marathon bombings. Marty Walsh, mayor of the city of Boston, declared the date will now be known as One Boston Day in celebration of the resiliency, generosity and strength of the people of Boston. The Footwear Cares initiative showed its support in a few different ways—Two Ten volunteered to sort clothing and books, as well as donated 270 pairs of youth athletic shoes, donated by The People’s Shoe Company, to be distributed to Boston’s low income children through the Cradles to Crayons organization.

In the first two weeks of Footwear Cares, companies and their employees have worked with local non-profits in 19 venues across 10 states. A few examples:

Next week, the team at Footwear Plus will partner with CCNY to support the Beacon of Hope Residence. How is your company participating? We’d love to hear about in the comments!