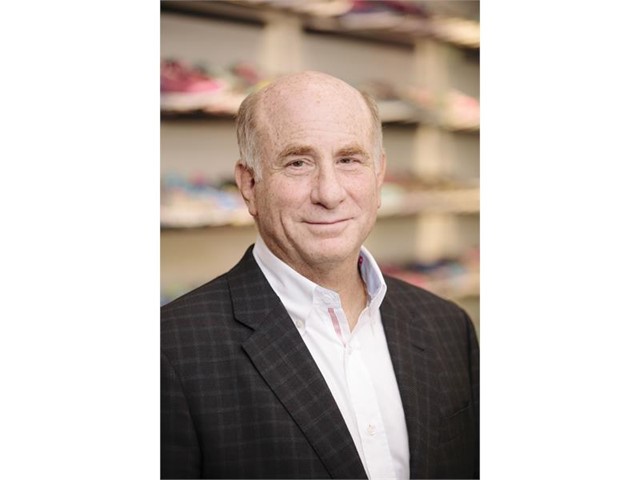 Jon Epstein, president and global chief commercial officer of Fila North America, died on Friday, a week following heart surgery. He was 63.
Epstein was CEO and president of Fila from 1998 to 2003 when it was owned by Sport Brands International Ltd. (He had worked at Adidas America for 21 years prior to joining Fila.) Epstein returned as North American president in 2007 after the brand was acquired by Korean licensee, Fila Korea.
Epstein had been credited for engineering the brand’s revival of the past few years—its Disruptor 2 model has been all the rage of late, taking the oversized, old school dad’s shoe craze to new heights. It’s everywhere, and at $60 it’s slightly more affordable and accessible than Balenciaga’s Triple S ($900-ish) take on the ugly dad’s sneakers trend. Industry experts cite placing the shoe in trendy retailers, like Urban Outfitters, for having ignited Fila’s revival as a new generation of teens discovered the shoe and the brand. Fila has also entered into a series of attention-worthy collabs—like ALIFE and Pierre Cardin—that have elevated the shoe’s and brand’s popularity further.
Fila released this letter acknowledging Epstein’s sudden passing:
February 16, 2019
It is with shock and profound sadness that we announce the unexpected death of our friend and leader Jon Epstein on Friday, a week following heart surgery. Jon died near his home in St. Louis, Missouri, at the age of 63. The role of Acting President of FILA North America will be assumed by Chief Operating Officer Jennifer Estabrook. We appreciate your respect for the privacy of Jon’s family at this difficult time and join them in mourning the loss of an incredible man.
“In Jon Epstein, FILA has lost a great friend, leader, and champion of the brand, not just in the U.S. but worldwide,” states Gene Yoon, Chairman of FILA. “His entrepreneurial spirit was a perfect match for our vision of growth, and his passion for both our heritage of authenticity and our potential as a brand innovator drove FILA’s resurgence over the past decade.
“Jon and I worked together for more than 30 years. He and his wife Carol have been like family to me. His presence in the FILA family and in my personal life is impossible to quantify. I have lost a trusted ally and lifelong friend.”