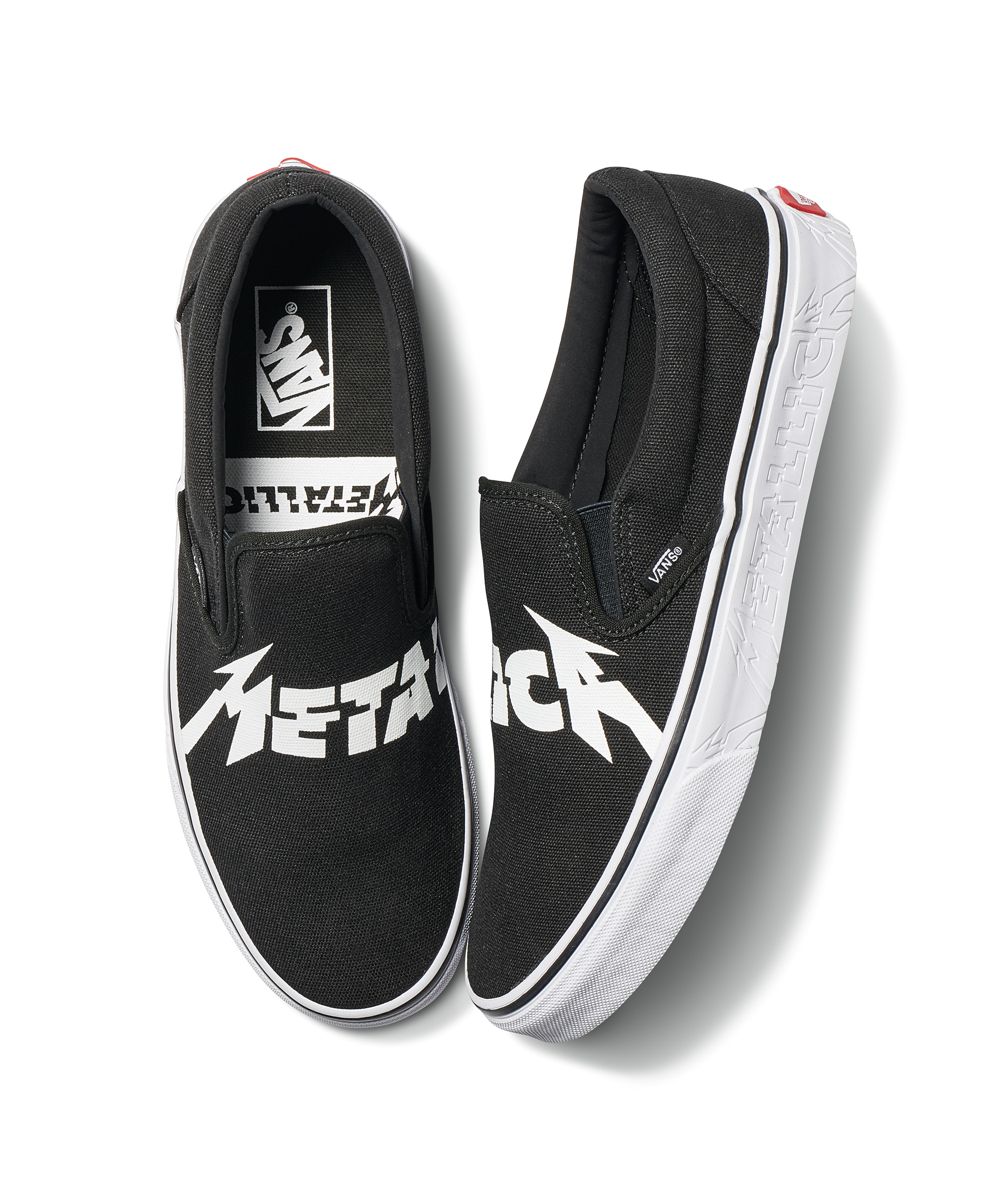 Vans has struck another power chord collab with heavy metal icons Metallica. The exclusive Vans x Metallica collection of footwear, apparel and accessories marks the third collaboration between the storied brand and band.

Metallica’s most recent album, Hardwired…To Self Destruct, debuted at No. 1 around the world, selling over 800,000 copies in its first week and garnering the band Grammy nominations for Best Rock Song and Best Rock Album.

The Vans x Metallica collection will be available to shop in Vans retail stores and online at Vans.com and through the bands official website, Metallica.com beginning Feb. 16.