Ecco Sko A/S has appointed Panos Mytaros new Chief Executive Officer, replacing Steen Borgholm, who has stepped down by mutual agreement. Mytaros has been with Ecco for 27 years, rising the ranks from Tannery Director in Ecco Indonesia to then (in 2002) heading up the Ecco Leather Group in Dongen in the Netherlands, where he built it into a major international player. In 2011, he became a member of Ecco’s Managing Board.

Thomas Gøgsig joins Ecco’s Managing Board as a new member, but has deep company roots. He is the third generation in his family to work for Ecco. He joined Ecco in 2012 and a year later became Manager of Research activities and Innovation. He was appointed Head of Applied Research in 2015 and in 2018 was appointed VP and Chief of Staff in Ecco’s marketing division. He has a MSc in Chemistry degree from Aarhus University as well as a PhD and management studies at Wharton, MIT, INSEAD and St. Gallen.

Mads Fink Eriksen is the second new member of the Managing Board. He has worked with Ecco for 10 years, starting in China, followed by several years in Singapore at the company’s Global Production headquarters. He next spent three years at Ecco’s headquarters in Denmark as head of corporate finance. In 2018, he moved to Australia, where he successfully restructured the division’s sales organization. In 2020, he was appointed Chief Financial Officer for the Ecco Group. He has a bachelor’s degree from the University of Aarhus, a master’s degree at CBS Copenhagen and an MBA from INSEAD.

Michel Krol, current Group Sales Director, continues as member of the Managing Board. He has worked with Ecco for 21 years. Having worked for two years with Ecco’s distributor in Benelux before joining the company, he was Managing Director of Ecco Benelux, next Managing Director Europe and lastly Head of Ecco EMEA before he in 2011 joined its Managing Board with responsibility for global sales. He hails from a shoe family in the Netherlands and has been educated in the Netherlands, Italy and Switzerland. 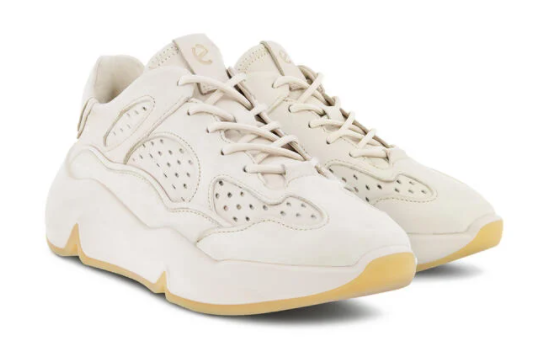