DNA Footwear partners with the National Breast Cancer Foundation for the month of October. 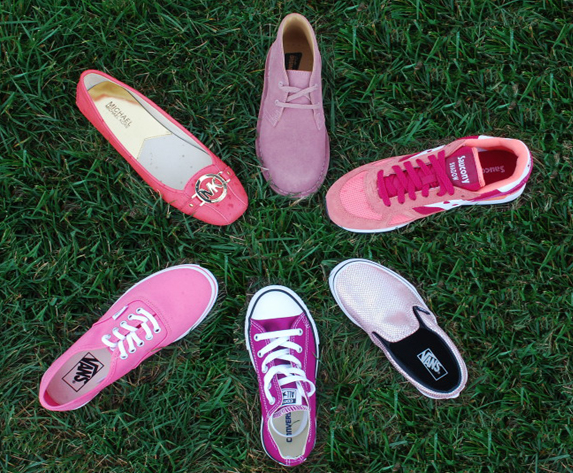 Beloved Brooklyn and Manhattan-based retailer DNA Footwear is going pink for Breast Cancer Awareness Month in October. The company has launched a campaign in support of the National Breast Cancer Foundation, which aims to help women by providing early detection measures, education and support services. For every $100 spent in DNA Footwear’s seven brick-and-mortar stores, or online, the retailer will donate $5 to NBCF, up to $5,000.

Daniel Kahalani, founder and CEO of DNA Footwear, explains, “Breast cancer awareness is an important cause as it will affect 1 in 8 women in their lifetime. DNA Footwear is committed to helping NBCF raise funds and awareness among the population.”

Not that you needed another reason to go shoe shopping, but there you have it!