Athletic Brands Battle to be #1

Between online and brick-and-mortar sales, which brand will prevail? 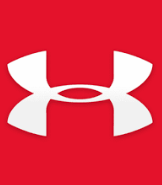 There is a competitive game afoot…In January of this year, Under Armour overtook Adidas as the #2 sportswear company in the U.S., according to 1010data’s Ecom Insights Panel. However, Adidas is firmly entrenched as the #2 brand online – and its online sales are growing.

Neither Under Armour nor Adidas could overtake Nike, which  garnered 60% of the total sportswear dollars spent online over the past year. But Nike’s online share, spanning the first seven months of 2015, plunged compared to Under Armour and Adidas.

So what does all of this mean? Does Nike need to improve its e-commerce game? Will Under Armour and Adidas gain traction by successfully selling online? Don’t cry for Nike: It’s online channel still sells more sportswear than any other website in the U.S., but Adidas and Under Armour are clearly onto something.

Stay tuned as the battle continues!