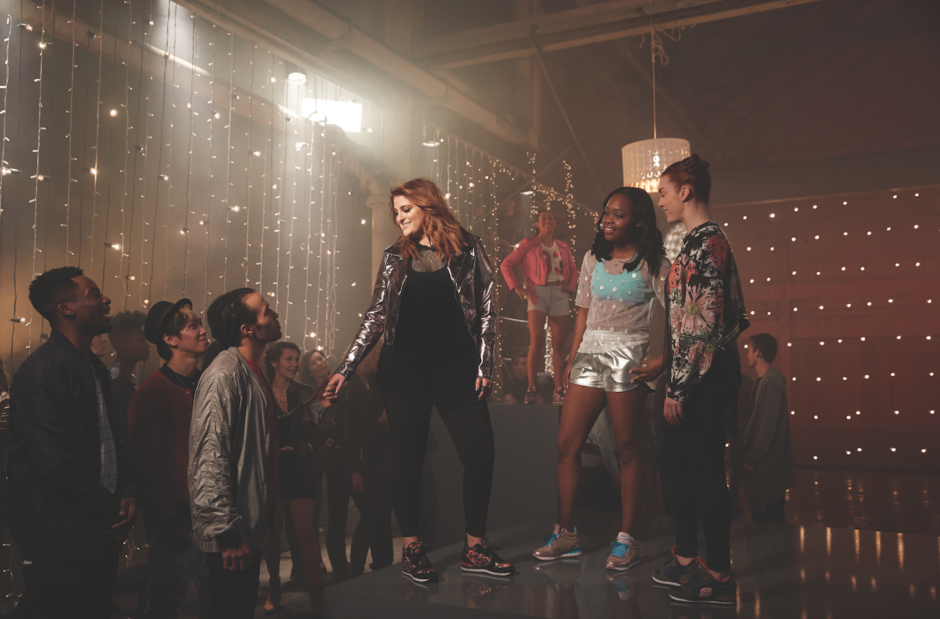 All About that Bass Skechers and Grammy-winning singer-songwriter Meghan Trainor have teamed up for a new multi-platform marketing campaign to launch the Skechers Originals retro sneaker collection. Trainor’s first television commercial for the campaign will officially hit the airwaves next week and features the lead single “No” from her highly-anticipated sophomore album Thank You, which will be available worldwide on May 13, 2016.

A preview of the global TV campaign was revealed yesterday with behind-the-scenes images from the set. An extended version of the commercial will also debut on YouTube to reveal a more in-depth story. The overall campaign recently kicked off with print ads, online and in- store images as well as via Trainor’s social media channels, and has already influenced her millennial fans who are positively impacting sales of the new collection.

“I can’t wait to travel the world and see my face in Skechers stores—it still blows my mind! It’s an honor and dream to work with a big brand like Skechers,” offered Trainor on the set of her commercial. “For my new album, I wanted to change it up with a different sound and a fresh new look, including my red hair transformation. I think it takes confidence to take risks and be original. Skechers has truly embraced this message in the new #MTrainSkechers campaign, and I can’t wait for my fans to see it!”

“Meghan is an inspirational artist with many impressive accomplishments at only age 22, so we’re thrilled to be working with her on this global campaign for Skechers Originals,” added Skechers president Michael Greenberg who attended the shoot.