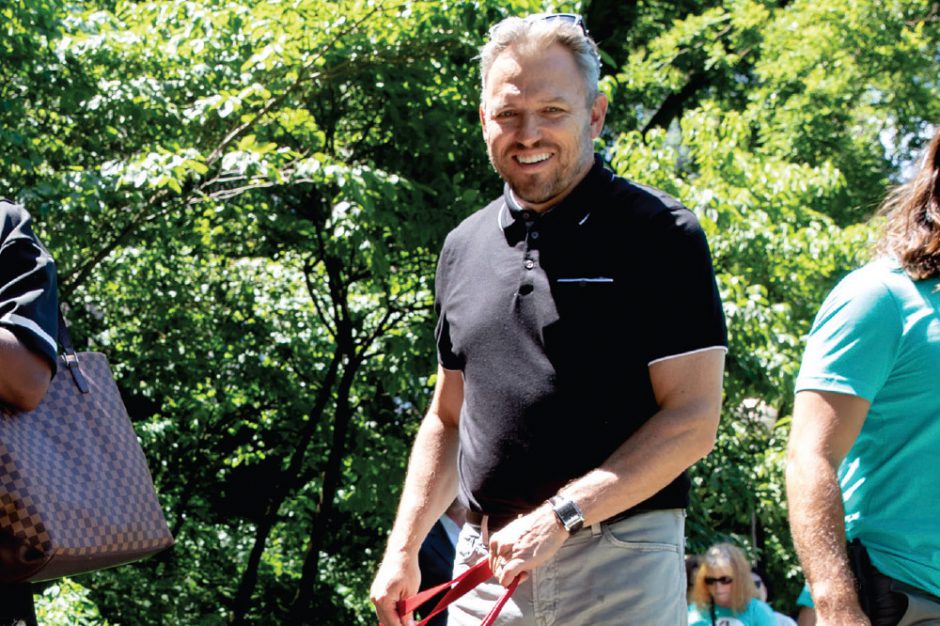 The president of Hush Puppies on the 60-year-old brand’s plans to become a top dog in the U.S. casual market.

Greg Tunney is an old Shoe Dog, even though he may not look it. His career resume of 30-plus years spans retail and wholesale in both the private and public sectors. Stops include May Company, Brown Shoe, Daniel Green (later known as Phoenix Footwear Group), RG Barry and, as of March of this year, Wolverine Worldwide, as head of its Hush Puppies division. Tunney, who has made his share of laps around the dog track, has managed companies and their kennels of brands through painful reorganizations (he has the scars to prove it) as well as trained them to become show dogs.

At the helm of Hush Puppies, a pure breed American casual brand, Tunney’s main task is to translate its tremendous popularity worldwide to this market. It’s easier said than done, as it’s been tried (repeatedly) before. Despite great bloodlines—like classic, casual and comfortable plus name recognition out the wazoo—Hush Puppies desperately needs a brand whisperer to reach its full potential. Tunney is now the one in its (big, floppy) ear.

Now that you’ve gotten your paws wet, what’s your take on the brand? Hush Puppies is an amazing global brand that accounts for a little over $1 billion in total retail sales. Outside of the athletic brands, there are very few American brands that exist worldwide in footwear. We’re fortunate in that Hush Puppies is one of them. We’re the No. 1 footwear brand in over a dozen countries. We’re the No. 1 footwear, apparel and accessory brand in greater Indonesia (including Malaysia and Singapore), which encompasses more than 320 million people. We’re seen as the creator of the “classic American casual lifestyle brand.”

Yet in the U.S. market… I think the brand has experienced so much success over the decades globally that it didn’t live or die on its success here. The U.S. only represents 5 percent of the total global GDP. To address that, we’re focusing on three key strategies. 1. Brand Relevance. We have extremely high brand awareness, however we have an opportunity to build our brand relevance, meaning the intent to purchase. 2. Product Design. We’re focusing on our three points of difference: classic style, comfort and color. We have an opportunity to leverage these points in all our products. 3. Distribution. We sell only to full-price department stores, like Nordstrom and Von Maur, and we have a strong internet business, notably a great relationship with Zappos.

Hush Puppies is like the Kleenex of shoes. How are you leveraging that recognition? That tremendous brand awareness presents opportunity. Whenever I ask people if they know Hush Puppies, the first thing that usually happens is a big smile comes forth. Everyone has warm feelings about the brand. We live in such a doom-and-gloom world with constant bad and fake news, whereas Hush Puppies reflects the opposite: life (can be) good. However, for many reasons the brand hasn’t been relevant to consumers here in recent years. This is why I came to Hush Puppies—to unlock that value.

Care to cite some specifics as to why Hush Puppies hasn’t been relevant of late in the U.S.? In addition to being distracted by our extremely large global business, we didn’t keep the marketing and product as fresh and trend-right here. The brand was also effected by the lack of continuity in leadership. The one thing all great brands and companies have in common is good continuity in leadership and their respective team. That’s what brought me to Wolverine Worldwide and Hush Puppies: the opportunity to lay down the foundation of a strong leadership team for the long-term. In the past 180 days, we’ve added some wonderful talent to the team and are building a strong core for the future. Last but not least, Hush Puppies was not as focused as it needed to be on introducing the brand to new consumers and a new generation. It became too comfortable, no pun intended, creating product and marketing that had worked in the past. I believe the new brand growth model that we are implementing as a team will address this issue moving forward.

You’re no stranger to managing brands. Any Golden Rules or taboos? I learned long ago, the team with the best talent usually wins sooner rather than later! I’ve been focusing on building our team for the long haul. I’ve spent a significant amount of time assessing every level of management down to every team member. Within the first 180 days, we replaced or identified replacements for every one of my direct reports. Some were promoted, others moved to other divisions and others moved on. Before the end of the year, an entire new team will be in place. And we needed one. We have an extremely complicated and global business model. It’ll be critical to have the skillsets and the leadership ability at all levels of the business to succeed in the future.

What are the advantages of working under the Wolverine Worldwide umbrella with regards to this new game plan? The big concern at retail right now is a reliable and consistent supply chain. But I don’t have to worry about that at Hush Puppies because Wolverine has a great supply chain with some of the best factories in the world. Mike Jeppesen, our head of global sourcing, is one of the best in the industry, without question.

What’s the toughest part of getting a classic brand re-energized? I’m a big believer that there are no tired brands, only tired brand managers! I love the challenge and the opportunity of dusting off a tired or neglected brand and bringing it back to life. I believe with Hush Puppies there’s pent up demand that is just waiting to be unlocked. Consumers are a lot more forgiving and accepting of a beloved brand and are willing to make it part of their lives again. Unfortunately, in our industry there are many gatekeepers who are less accepting of a brand’s awareness and are more interested in their own agendas versus satisfying the needs and wants of consumers.

That’s not all that’s wrong with retail these days. I’m fortunate because as president of Hush Puppies I’m exposed to more than 100 different countries. I get the opportunity to see best practices and, believe it or not, they don’t all emanate from America. It’s amazing what’s going on in the Middle East. The Dubai Mall, for example, is the No. 1 mall in the world, and I would estimate it’s about 10 years ahead of retailing in America. That retail experience is special. It reminds me the late ’80s when people here waited in line to get into malls to see what was new and what unique experiences they could engage in. It’s magical over there right now. We’ll be holding our February sales meeting for our Europe and Middle East territories in Dubai this year for the first time.

As a wise old Shoe Dog, is there anything about this business that surprises you anymore? I’m surprised at how unwilling people are to change! The single most important factor in today’s market is the willingness to fail fast in order to learn fast, which requires change! The toughest part is helping retailers understand that retail is evolving faster than ever. I’ve seen more change throughout all channels of distribution in the past 18 months than I’ve seen in the past 30 years. It’s an exciting time in which an extremely fragmented marketplace must go through a significant amount of consolidation, just as the finance, tech and other sectors have. It’ll be a difficult time in the short-run, however after the consolidation takes place the survivors will have a great environment to thrive in.