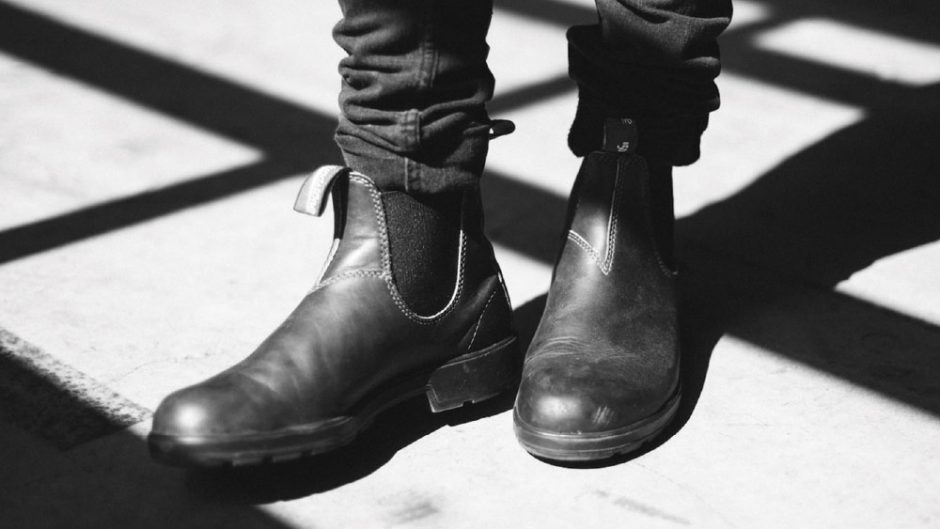 The intrepid Blundstone 500 Series boot has carved out a cult following and a reputation as a style statement for 50 years everywhere from Tasmania to Tinseltown.

Tasmania is fabled more for its rugged beauty than its fashion flair. So it’s hardly surprising that the most iconic footwear to hail from Australia’s island state would be a boot tough enough for farmers, builders and adventurers scrambling up mountains in weather so notoriously changeable that it sometimes yields four seasons in a day.

Introduced in 1968, the Blundstone Original 500 Series boot was designed to provide no-nonsense durability and comfort to people who stood on their feet all day in rough conditions. But word of mouth is a curious thing. Somewhere along the road, the humble Blunnie—as it’s known to legions of fans—became a cult classic.

Nowadays, Blunnies show up on Hollywood red carpets, at Sundance Film Festival premieres, in style influencers’ feeds. And it happened organically. “All sorts of different people—particularly in music, film and the arts—have found the brand for themselves,” says CEO Steve Gunn. “We get a wry smile when we see photos of them in Blunnies because we know there are brands out there who pay people to do that. It just sort of happens for us.”

Celebrity-selling power notwithstanding, “Our real stars are ordinary people who make a decision to buy our boots and then tell their friends, ‘You’ve got to buy these great boots!’” says Gunn. “That’s the most important collaboration for us.”

It’s an unpretentious perspective befitting a boot that has stayed down-to-earth despite its rise to fame. “Looks-wise, the Blunnie is almost the same as it was originally,” says Gunn. “We’ve improved the technology, made the sole material more comfortable, used better quality gore, and put more colors into the mix, but we’re very careful. There would be an uproar if we were to change the boot much. If you took a picture of the side profile, you’d find it difficult to tell the difference between the first 500 boots and today’s.”

When Blundstone introduced the original Original 500 boot, the family-owned company was already something of an institution in the Tasmanian capital of Hobart, where they had been making and selling footwear since 1870. (Blundstone is still headquartered in Hobart and does most of its manufacturing in the area.) It didn’t take long to realize they had a winner.

“The product was already accounting for more than half of our production 40 years ago, so clearly it was something of an instant success,” says Gunn. “But Tasmania is only half a million people, so we’re talking about small numbers.”

Then in the 1980s, a wave of Aussie college students started traveling the world—and they brought their Blunnies along. “It became a thing you did at the end of your high school years before you went to university,” Gunn explains. “People were heading off to Canada, the UK and Europe, and they took their Blundstones because they were boots you could wear in all sorts of circumstances, so you didn’t have to carry as much. Suddenly people from overseas started contacting the company, asking if they could sell the product.”

Around the same time that the world was swooning for the Aussie accents of Mel “Mad Max” Gibson and Paul “Crocodile Dundee” Hogan, and singing about vegemite sandwiches in the land “Down Under” with pop music’s Men At Work, it fell hard for Blunnies. Distributorships opened in Canada, Sweden, then Israel, where research showed that one of every 15 Israelis bought a pair of Blundstones in 2016. Blundstone tried to keep the numbers small and manageable, but the 500s continued to win hearts, minds and feet far from Tasmania. Blunnies’ unisex construction meant girls loved the footwear as much as guys did. “Right from the start, the boots were designed with a narrow last that was well suited to a typical woman’s foot,” Gunn says. “Even back in the 1980s, we had quite a following of female wearers.”

Just when it looked like Blunnies might plateau in the early 2000s, they got a burst of momentum that propelled them uphill like one of the rugged trekkers they were designed for originally. Energized by the trend toward versatile, utilitarian fashion, the 500 has gotten more popular than ever in the past decade. Today the brand has a presence in more than 50 countries, not counting nations where devotees buy their Blunnies online. “We’ve sold upwards of 25 million Blunnies over the history of the style by a conservative estimate, and we feel we’re still only scratching the surface,” says Gunn, noting that he’s beginning to see interest in the brand from South America, Africa and China.

Here in America, Blunnies are an ideal fit for today’s consumers, says Steve Libonati, of the Ralph Libonati Company, which took over U.S. distribution for Blundstone in 2007. “Blundstone is the perfect combination—rugged fashion that’s cool, fun and versatile,” he says. “Who doesn’t love a Chelsea boot? You can dress it up and dress it down, and that really makes it play in today’s world.”

What’s more, “The ruggedness and the durability parallel what’s going on in America and what people are facing every day: They get up every morning and pull up their bootstraps. It’s how they live their lives,” says Libonati.

“Blunnies are my daily boots,” says menswear tastemaker Luke Ditella, who was introduced to the boots by an Australian friend when the two went surfing. “I like basically everything about them—the timelessness, the simplicity, the comfort. I’m a fan of classics, things that retain relevance over an extended period of time. More people are retreating back to that sort of look, so their awareness is growing.”

“We can hardly keep up with demand,” says Daniel Kahalani, CEO and owner of DNA Footwear, with stores in Brooklyn and Manhattan’s SoHo. “When we started carrying Blundstone five or six years ago, it was a good brand but not a top seller. People from European markets understood it and bought it. Now Chelsea boots are trending, so it’s a fashion piece. And Blundstone is not only a Chelsea boot, but also one that offers comfort and durability. You put them on and within a day they mold to your foot. Then you can beat them up and they not only last, but they look even better when they’re worn in. People don’t just buy them for two or three months in the fall; they’re an eight- or nine-month brand. You see them worn with shorts and cool socks, and they look good. I ride horses at my country home every weekend, and I wear them when I ride all year round.”

Intrepid enough to go easily from cobblestone streets in SoHo to horse farms in the Catskills, Blunnies seem to be born travelers. In fact, the brand’s tagline—Everywhere Life Takes Me—grew out of the many posts and letters from devotees of the style about the adventures they’ve had in their gumboots.

“Brides send us pictures of themselves lifting up the skirts of full white wedding gowns to show they’re getting married in their Blundstone boots because they love them so much,” says Gunn. “One fellow in South Africa contacted me to say that when his 500s wore out, he put them on a wall in his garden and birds started nesting in them. They were migratory birds, who came back to have their babies in these boots year in, year out. So our boots are even improving the lives of wildlife!”

Quite an odyssey—and it’s far from over. “We’re not going to come out with sandals or ski boots, but there are exciting, interesting places we can take the brand, building on what we have within our DNA,” says Libonati. Some of those directions include variations on the Original to appeal to the growing female fan base (Libonati estimates that 65 percent of U.S. Blunnie buyers are women) and growing the kids’ market. Blundstone is also experimenting with outsoles, dressier bottoms and elements from the active world, though Libonati is quick to assure loyalists that new incarnations will still look and feel like their beloved Blunnies.

Shoppers aren’t the only ones whose loyalty the brand values. “We’re still a discovery brand; we’re not looking to make this mass-market,” says Gunn. “We recognize completely that we need to be important to retailers, too. They’re ambassadors for our brand, so we’ve been fairly particular in choosing who we’ll have as our retail partners. We realize we need to give them a reason to adopt our brand and nurture it for the long term.”

When you reach icon status, questions of the long term are inevitable. “There’s still a lot of humbleness about where we are and where we’re from,” Gunn assures. “But if I look at the product rather than the company or the brand, I see it. How many products have been in the market for five decades and still haven’t peaked? How many still have people discovering them and loving them? If I look at the Blunnie from that perspective, I realize it’s something special.”