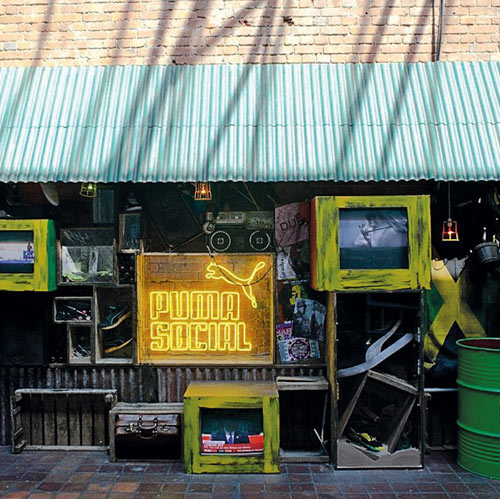 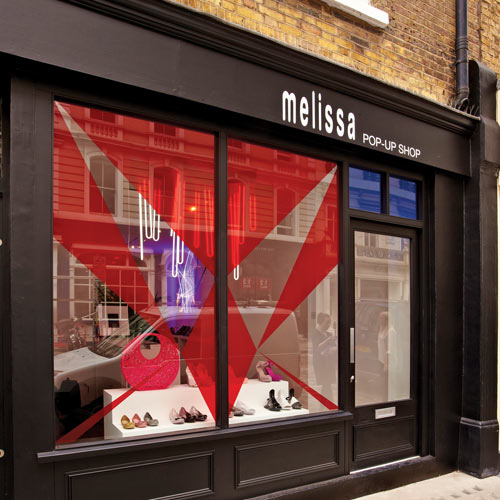 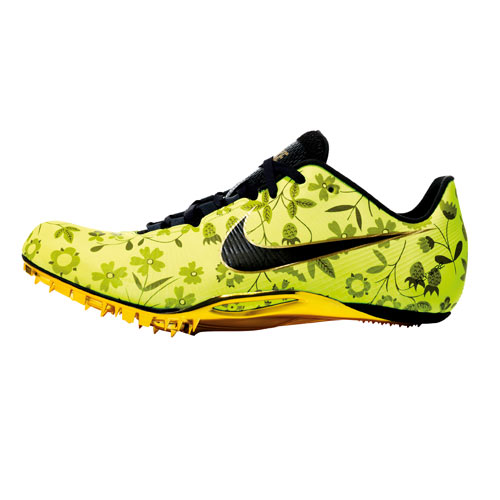 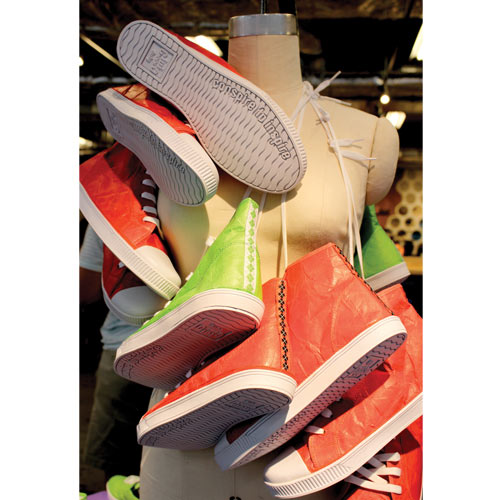 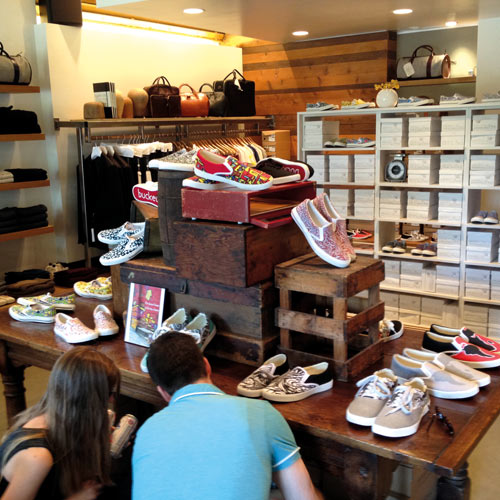 For something that’s supposed to be temporary, pop-up stores are beginning to look a lot like permanent pieces of the retail landscape. Thanks to an overstock of available storefronts and brands’ desire to build interest and excitement any way they can, everyone from small independents to big-box dealers are hopping on the pop-up shops bandwagon. In fact, the format was responsible for $8 billion in sales in 2010 and rose 14 percent in the first two quarters of 2011 over the year before, according to the industry publication, Specialty Retail Report.

“Pop-up retail is a way to convey a message that’s never been seen before, never been done before. It’s a whole new way for merchants and brands to connect with their customers,” says Christina Norsig, founder of Pop-Up Insider, an outfit that brings together property owners and potential pop-up tenants. From big-budget splashy structures plunked in the middle of Manhattan to tiny online shops offering one-day flash sales, it’s commonplace for temporary storefronts to pop up, only to disappear a few hours, days or weeks later. Some offer special discounts or limited-edition wares; others simply want to showcase a brand to a new audience. Either way, pop-ups have become the perfect platform for brands and retailers to promote a new product and generate buzz.

Norsig points to Target’s much-trumpeted Missoni collaboration as the epitome of limited-edition lust: The collection’s pop-up launch at Bryant Park in Manhattan sold out in just six hours as shoppers scrambled to snag the Italian designer’s swag for a song. But make no mistake: Pulling together a successful pop-up is hard work. As Norsig puts it, “It’s important to note that everything has its limitations. When a store doesn’t deliver on this whole notion of ‘limited edition,’ it doesn’t work.”

Forget gold medals and badminton melodrama. Not only did London get the 2012 Olympic Games, but its shuttered shop fronts got a new lease on life with a slew of pop-ups stocking one-off pieces and never-before-seen collaborations enticing a worldwide audience. Business alliance Heart of London reported that foot traffic for retailers in the heart of the capital during the Games was up 16.2 percent compared with the same period in 2011, offering a welcome respite for the beleaguered high street retailers feeling the brutal effects of the European debt crisis.

For example, British designer Julie Verhoeven and neon artist Kleber Matheus collaborated on the interior design of Brazilian brand Melissa’s first ever U.K. pop-up, creating a suitably avant-garde, Olympic-themed installation for the cult label to flog its signature jelly kicks. Brand director Alana Man reveals it was so successful that it confirmed London as a key location for a potential Galleria Melissa flagship. Meanwhile British-made brand Church’s transformed its Regent Street store into a pop-up selling 17 variations of just one style, the Stratford, in all sizes and for both sexes, that played with the colors of the Olympic rings.

Liberty London’s 1,700-square-foot pop-up in an East End mall boasted an oversized Union Jack flag made up of the label’s signature floral prints, while inside was chock-full of its collaborations with Barbour, Dr Marten’s and Nike, the last of which also took over the central atrium in Liberty’s landmark store across town, with a pop-up for a new collection of iconic heritage silhouettes and high-performance track spikes. Ornately detailed balloons made up the Hotel Creative-designed installation that told Nike’s lightweight product story, and the Nike Zoom Victory Elite—in high voltage yellow featuring Liberty’s “Mirabelle” print—was available exclusively at the pop-up.

Pop-ups allow you to extend your brand into the offline world, and there’s also scope to grow brand awareness among people who might not otherwise know about it. When Chris Luhur, founder of ChromaticGallerie, casually mentioned to a friend that she would love to be involved with Story, the New York-based rotating concept store, she had no idea it would lead to her brand being part of its April edition. ChromaticGallerie’s site had not yet launched, and Luhur only had a handful of samples and finished product. But she knew it was an opportunity she couldn’t pass up. “It was a chance for us not only to get in front of New Yorkers but also get people to try out our product,” she says. “Even if you offer free shipping and free returns, people are still hesitant to buy a new shoe brand online. It was great to allow people to touch and feel the shoes.”

The seen-on-screen brand (oft on the feet of Zooey Deschanel on Fox’s hit TV show New Girl) lets its online customers personalize their pumps by color, material, width and heel height. Another perk of pop-up partnership is peace of mind. “When you’re doing a pop-up on your own, you’re fronting all the costs. [Story was] perfect because we didn’t have to deal with budgets or planning displays,” she notes, adding that it’s important to understand who you’re working with or, if you’re doing your own space, to “research who your designers are, who the players are and make sure that its very on-brand because in the end you don’t want to just throw something together.”

“When dealing with retail, you really need to make sure the culture of the store you’re working with fits well with your own,” agrees Aaron Feinstein, co-founder of artist-designed footwear brand BucketFeet. “Don’t do a pop-up just to do a pop-up. Make sure it’s a fit.” For his brand, that was a midsummer month-long shop-in-shop at Chicago men’s boutique Apartment Number 9. “The fact that it has a time limit makes people act quickly,” he adds. “It fits well with the fact that our shoes are limited in nature.” BucketFeet sells one-of-a-kind shoes together with local artists and then donates a percentage of each sale to one of three child-focused charities. “People like participating in stuff like this when they know that once it’s over, it’s over. There’s an air of exclusivity to it,” Feinstein says.

This month Durango Boots, a division of Rocky Brands, will go the short-term route to spread the word about its latest venture: The brand is marking the fall launch of its new line City Collection with a photo installation and pop-up shop in New York during Fashion Week. “They’re trying to branch out of just being known for their cowboy boots and to more of an urban style,” says Nicole King of The Kartel Company, who is handling the event. The line includes six different collections named after different U.S. cities. The launch of a coffee table book profiling a curated crop of influential New Yorkers shot by fashion photographer Ashley “Sky” Walker will anchor the event.

Civic Duty is embracing the idea of pop-up shops, using the format to spread awareness here in the U.S. and beyond. The eco-friendly unisex footwear line debuted its first temporary space inside the Nordstrom-owned eclectic emporium Treasure & Bond in New York’s Soho neighborhood over the Memorial Day weekend. “My shoes have been in there since they opened the store and they’ve been doing extremely well,” says creator Steven Weinreb. “And we were just talking one day about the business and I casually mentioned that I had this idea [to do a pop-up] and they agreed.” For a limited run, all five styles were available in the space in every single color, offering a much broader assortment that fully represented the brand. “Business at Treasure & Bond was insane,” he says. “I even got calls from international distributors who saw the brand there and were interested in bringing it to their country.”

Earlier that same month, Civic Duty took over a kiosk in Grand Central Terminal’s Graybar Passage, exposing itself to the thousands of commuters that travel through the station every day. While there was no room for inventory, the team set up a nice display with product samples and offered free shipping to customers who placed orders on the spot using a sleek iPad setup. “What was interesting about the kiosk was that I actually got calls from retailers telling me that customers of theirs were saying, ‘Hey, we commute through Grand Central and saw these great shoes.’ It opened up some new retail accounts,” Weinreb reveals.

While Treasure & Bond was more successful on the sales front, Weinreb reports both locations generated a lot of buzz for Civic Duty. “Obviously when you partner with a retailer like Treasure & Bond, who has such a good presence, it’s great because people immediately associate you with a reputable store. It gives you a platform,” he notes, but is quick to add that if it’s not done properly, it’s pointless. “Make sure you’re putting the brand message out there, something that speaks of your brand. There has to be a connection between what you want your brand to represent and how you display it,” he says. “It has to be entailing and merchandised the right way. It has to make sense to [customers] when they see it. It can’t be just a bunch of products thrown together. When used the right way, [pop-ups are] a fantastic tool.”