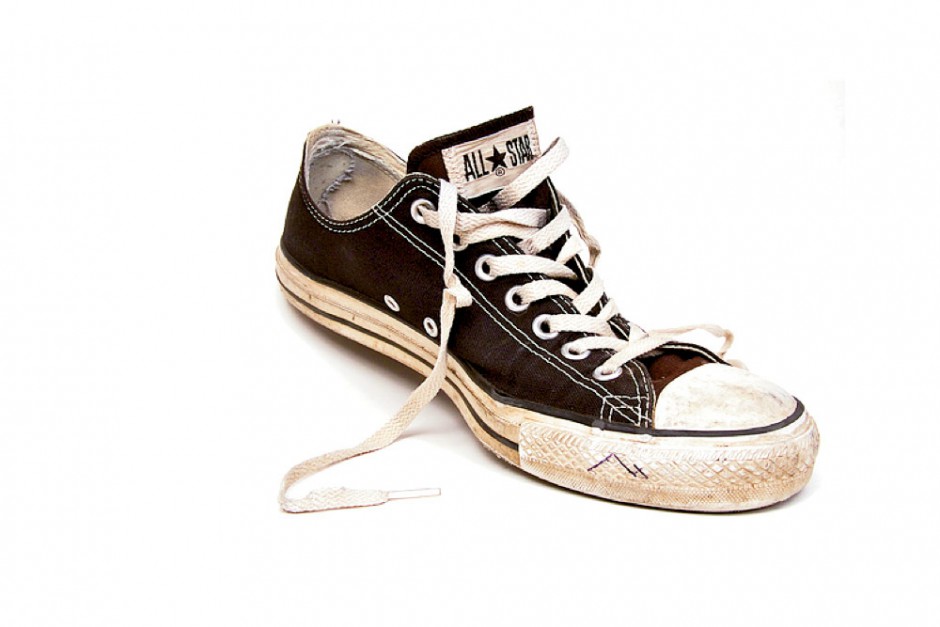 The quintessential ’90s-era fashion trend became the uniform of the new anti-establishment and a look and ethos that lives on today.

In the early ’90s, greed, for lack of a better word, was no longer deemed good as a new generation of youth rebelled against the excessive and materialistic lifestyle of the ’80s. The fictitious money titan Gordon Gekko depicted in Wall Street was out. A recession was in. Less was more. Green, the environmentally friendly kind, was good. Hair bands were out. A stripped down, raw new sound was taking the airwaves by storm. It was coined “grunge” by Sub Pop, a Seattle record label describing the angsty sound of two up-and-coming bands on its roster. Those bands just so happened to be Nirvana and Soundgarden. The Seattle music scene they helped spawn became ground zero of the grunge movement.

The look that these bands unwittingly unleashed onto the world was derived from the clothing typically worn by youth in the Pacific Northwest—thrifty, outdoorsy pieces meant to combat the erratic, cool and often damp climate. It was lumberjack for guys and ’70s lovechild, by way of floral baby doll dresses, for the girls. It combined elements of punk and working class Americana. It was often androgynous, as girls or guys could rock an oversized and untucked flannel shirt paired with (usually ripped) jeans and heavy-soled logger boots. Grunge was industrial, basic and utilitarian. It was working class hero, even if many of the kids sporting the look were unemployed at the time.

Lauren Brown, founder and editor in chief of the blog, Fashion Grunge, says the look centered on “Dr. Martens, Converse Chucks, plaids, flannels, band T-shirts and jeans.” She adds, “Everything was patched-up or left ripped with some long johns showing through.” The clothing was cheap and durable and, therefore, accessible to anyone—a far cry from the flashy, label-driven styles of the ’80s.“But it wasn’t about being a part of a trend back then,” Brown explains. “It was more like if the music resonated with you, then you wanted to wear what they were wearing.”

“It was more anti-fashion than fashion,” states Damien Wilson, creative director at Dr. Martens. “It was focused on individuality and creative expression.” Wilson believes the appeal of grunge arose out of the freedom to customize your look—taking what you saw on the stage and making it your own. “People got bored of being served up products,” he says. At the core was a desire to be authentic and raw. What you saw was what you got. “Grunge made fashion more real, the same way grunge made music more real,” agrees Brown. “It was about the freedom to be whomever you wanted to be.”

Heavy boots often anchored the look. “They lasted forever, looked better when they were beat up and were completely unisex,” offers Brown. “The popularity of Dr. Martens had a lot to do with the functionality of the boots themselves,” explains Wilson, adding that the brand’s 1460 boots’ long-term association with rebellion and creativity also played a role. “Whether you were Kurt Cobain or a 15-year-old girl, the effect is the same,” he says.

Mike Alday, spokesperson for Georgia Boot, cites authenticity as the reason for the uptick in the brand’s logger boot sales during the mid-’90s. “Authenticity drove the whole movement,” he reports, “and Georgia Boots were actually being worn by loggers. We weren’t a fashion brand chasing the trend.” Nonetheless, he says the brand was shipping out three to four pairs of boots a week to top fashion editors looking to include them in their fashion wells. (Georgia Boot even made the pages of Vogue.) Alday adds that product requests spanned a long list of celebrities and artists, including a late night hand-delivery to the members of Pearl Jam. “They were all wearing them—from Diane Keaton to Jerry Seinfeld,” he says.

Flash-forward to today and designers are still trying to capture the gritty “authenticity” of grunge. Hedi Slimane’s Fall ’13 collection for Saint Laurent, for example, was a self-proclaimed tribute to grunge, chock-full of tartan baby doll dresses, faux fur coats and tattered sweaters. “Designers, like Slimane, who grew up during that era will always return to it for inspiration,” Brown says. Slimane is joined by Dries Van Noten and several American designers—notably Alexander Wang and Phillip Lim—who continue to offer riffs on grunge staples.

The tribute doesn’t stop at the runways. Models have adopted singer Kurt Cobain’s undone hair, slouchy jeans and flannel shirts as their own off-duty uniforms. In addition, Dr. Martens’ classic 1460 boots are back in vogue, led by a new wave of musicians, including Miley Cyrus, the members of Tweens and Soko, to name a few. “Grunge became a lifestyle and that is why it still endures today,” says Marshal Cohen, chief industry analyst for NPD Group.

“The look is still strong,” affirms Alday, who says urban youth across the country look to denim, flannel and work boots as a means of self-expression. Adds Wilson, “For as long as people want to show that they are free-spirited, creative and rebellious, the [grunge] look will persevere.”