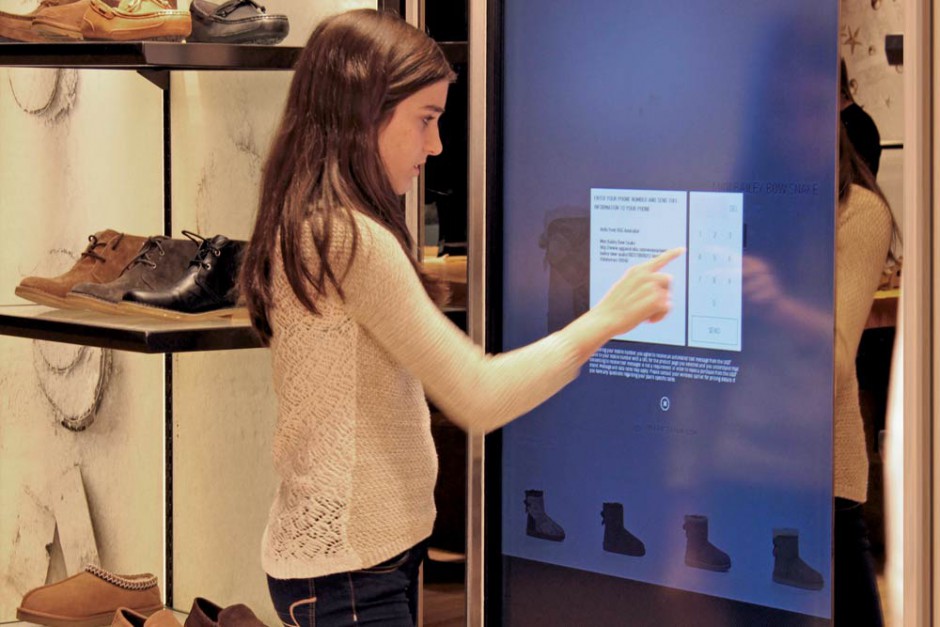 A Call to Action

It’d be one thing if Angel Martinez were just another big shot wholesale exec telling retailers how to run their businesses. Pontificating, chastising and advising without any real boots-on-the-ground experience in running a retail business or the challenges retailers face on a daily basis. But Martinez speaks from experience. He made his bones in this industry running Island City Sports in Alameda, CA, where he helped usher in the athletic fashion and fitness craze at a time (the mid ’80s) when the local sporting goods competitor was focused on selling bait, tackle and football cleats. Martinez foresaw a big change afoot as the running and aerobics fitness markets were set to explode. “I knew women, in particular, didn’t want to shop for fitness-related fashion products in that kind of setting,” Martinez says. “And they wanted great service, which we gave.” As for that competitor stuck in its ways, Martinez says, “We crushed them.”

Fast-forward a few decades and the basic retail premise of top-notch service, selection and experience remains the same. However, the playing field has changed dramatically. There’s no denying that shoping habits are undergoing a revolutionary transformation. The Internet represents a paradigm shift. Many traditional retailing tenets and expectations have fallen by the wayside. Martinez believes that in this new world order, it’s imperative that retailers look beyond their own business and even the shoe industry for new ideas, strategies, technologies and solutions.

Martinez advises (implores, really) that retailers start looking and implementing new approaches ASAP. Just how critical is it? Not doing so is akin to climate change denial, he says. “You might tell yourself that it’s not that important, but the fact is it doesn’t really matter what’s causing the changes, who’s at fault…it’s a reality, it’s coming and there’s nothing you are going to do about it. You have to adapt,” he warns. The Deckers Brands CEO is “100 percent convinced” that retailers need to adapt now. Delaying is a form of denial, and the consequences are far too risky. “We’re at a moment in retail that represents a generational shift where nothing is going to be the same afterwards,” he says. “Those who adapt will move on and those who don’t will not be here.”

The fact is traditional retailers can’t out-merchandise the online behemoth nor can they beat them on price. Whatever tactics they might have been using relative to assortment and price are no longer viable. Need proof? Ask yourself whether a 30-percent off sale is a meaningful enticement these days. And while some people may show up for 50-percent off, even that amount is a tough draw. Martinez says retailers must learn how to compete on a new playing field. “It’s like when they invented the forward pass in football: If you didn’t have a quarterback who could throw the ball, you couldn’t compete,” he says. “It’s a new game at retail, because you are certainly not going to ‘out-Amazon’ Amazon.”

Martinez, a self-professed eternal optimist, believes there’s plenty of upside for traditional shoe retailers in this new landscape. He cites the footwear industry’s tactile nature as its ace in the hole. “People like to try shoes on. It really makes a difference,” he offers. Beyond the obvious tactile pleasures and making sure the fit is good, shoes affect a person’s appearance. A certain style might make a woman’s foot look smaller and a certain heel may make a leg look slim or sexy. Shoes also look great with certain outfits and horrible with others. A photo online can’t show any of this. “The only way to figure that out is to try it on,” he says. “Being in a setting where you can have that experience and service represents a huge advantage.”

That brings us to three successive tenets—connection, experience and relationship—that Martinez recommends retailers follow. Connection starts with a merchandise mix featuring a blend of brands, items and exclusives. “You need to titillate them whatever way you can, and the right brands or certain hot items put you in consideration,” he says. “But if that item or brand is available online in a ubiquitous way and at a major discount, then you are not even going to have a chance to make a connection.” The other part of the connection aspect is informing consumers of your existence, which should involve using all media and platforms. A user-friendly website is a no-brainer. You also need to be wherever your target consumer is looking and communicating online, be it Facebook, Instagram, Twitter, Vine, YouTube, Pinterest, Tumblr, etc. It may seem overwhelming, but advertising solely in the local Sunday circular is not the only way to go these days.

Next is fostering a great experience, which Martinez says begins the second customers walk into your store. How your staff greets them, how well your store is merchandised, how pleasant it is to shop in, whether it smells nice, whether the lighting  is good, whether the customer is offered water…Only if you have successfully fostered a great experience can you establish a long-term relationship with the consumer. “They’ll then be interested in what you have to offer,” he says. “They’ll give you their e-mail address. You’ll gain the privilege of communicating with them regularly and can inform them, for example, when new merchandise comes in their size, style and color preference.”

The ability to know a customer on such a level involves a combination of software technologies and good old-fashioned service. Both are areas that could use improvement, according to Martinez. “We have software programs available that enable making and keeping track of customer connections, but do enough retailers employ them? No. Do most train their staff to a level of service that is going to make a difference? No.” While technology and service may be deemed as expensive and difficult investments, Martinez says retailers should look at the long-term ROI. Besides, he notes, “It’s more expensive to go bankrupt.”

Retailers need not fear bankruptcy if they effectively maximize their tactile advantages, which no online shopping experience can match. Martinez says all five senses must be exploited so that it becomes the reason a consumer “gets up off their butt, gets into their car and drives to a store.” The experience may require bringing out eight pairs of shoes even though the customer buys only one pair—or doesn’t buy any. If they don’t enter the store, however, it guarantees there will be no sale.

Martinez believes that in an increasingly automated world the old-school approach to retailing has appeal if it’s done well. “If I were to open a shoe store today it’d be old school in every way,” he says. “It would have that smell of shoe polish the minute you stepped in. There’d be somebody polishing your old shoes because that meets the No. 1 goal of shoe retailing: get the shoe off of their foot.” Layered on that, he adds, would be the new. “I would have a robust relationship-driven website and e-mail campaign. I’d have a dossier on what everyone is looking for each season and whenever product came in, I would alert that customer that it’s been set aside for them personally and, if they let me know in 24 hours, it’s theirs.”

This level of service used to be the norm and must become so again. Martinez believes it’s essential for the long-term health of the entire footwear industry, and he speaks from Deckers’ own portfolio perspective. “We are a tactile business and there’s no more tactile brand than Ugg,” he explains. “Nothing we can say on a website replicates the in-store experience of trying on a pair of Ugg boots—it’s a unique difference maker.” Likewise for its Hoka One One maximal running shoes: “There’s nothing we can say about Hoka that a salesperson, who may be a runner himself, won’t be able to convey 10 times better as the customer takes a walk around the store in a pair.” In general, Martinez believes there’s no website that can educate and convince a customer better than a great in-store experience. “Footwear is a specialty business and taking that out of the equation means we are commoditizing our whole universe,” he warns. “It then becomes a lowest price game, and that’s not a business I want to be in.”

Martinez wants to remain in the business of selling Deckers’ portfolio to a network of retailers in all tiers and formats. He believes the specialty retail foundation in particular is the most important key to the industry’s long-term health and the only way brands can measure themselves against the competition. He cites Coach as an example that went with an own-stores approach and the result was living in a vacuum while brands like Kate Spade and Michael Kors rose to prominence in multi-brand stores. “If we are going to get better as a company, we need to understand how we are appealing to the consumer who has a choice of all these other brands in that store,” he says. Beyond that, Martinez believes there’s no justification for specialty shoe retailers to disappear. “It’s not like technology is making these stores obsolete,” he says. “It’s not like how digital music crushed the record store business. Nobody has invented a complete digital substitute for the footwear shopping experience.”

Martinez predicts the successful shoe store of tomorrow will be a blend of old and new concepts. The showroom format is one example. Rather than lambaste “showrooming,” why not become just that: a place consumers can shop, try on and buy and then have it shipped to them? It lowers overhead costs and reduces inventory risks—all in more economical space.

Such shifts in consumer shopping behavior are already evident in Ugg’s flagships, where Martinez reports 30 percent of the purchases in its Tysons Galleria location are being made via iPad touchscreens. “Consumers don’t want to carry the box around and are fine with it arriving at their house in 24 hours,” he says. “Consumers want what they want, when they want it and how they want it. Retailers are not in charge of how people want to access product today.” Another example of this consumer-first approach is the installation of touchscreens on the windows of Ugg’s Japanese flagship, allowing consumers to shop whenever they pass by. “The results have been incredible,” Martinez reports.

Martinez eagerly wants to share such knowledge with its retail partners. He believes the long-term health of the industry is at stake and it’s the company’s obligation to use all the resources at its disposal. It’s the impetus behind the Footwear Network Series, (p. 52), a joint initiative between Footwear Plus and Deckers Brands that will showcase a range of experts the company is working with to help re-invent and revitalize shoe retailing. Expert No. 1 is Steve Yankovich, vice president of innovation and new ventures for eBay. “Steve is figuring out tactics to get the consumer more engaged,” Martinez explains. “Retailers need to understand what is coming, and he can offer a peek under the hood of what they are working on—the kind of tools that you are either going to soon be up against or, instead, can use to your advantage. The choice is yours.”