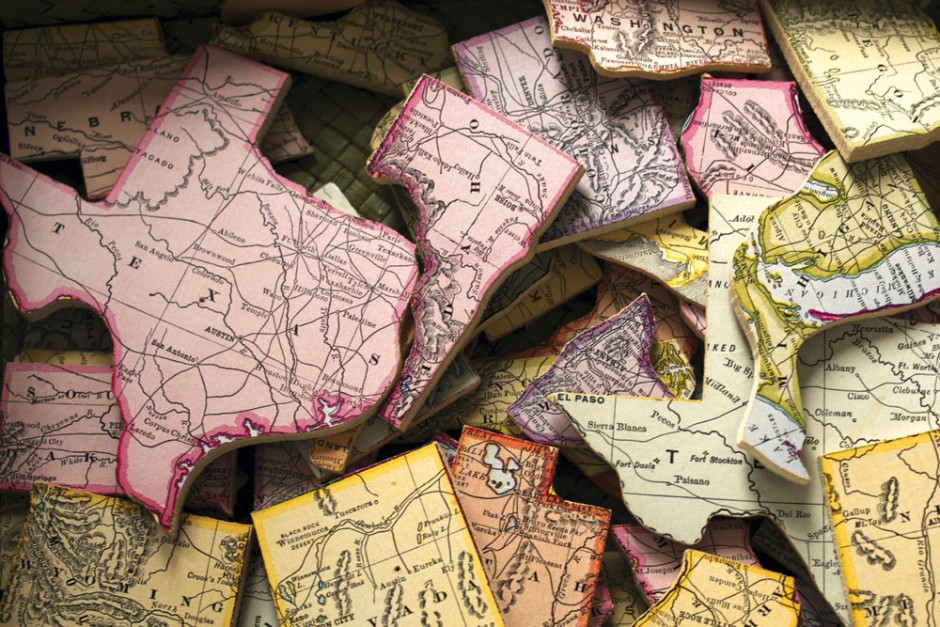 America is a melting pot of peoples, cultures and, to some extent, fashions.

I live on an exotic island—Manhattan. It’s a place where the natives often dress quite differently from Americans residing in other states. I’m quickly reminded of this fact whenever I leave its confines, within which black is a wardrobe staple. The hue is so prevalent it can skew my broader fashion perspective. Even in the summer, when sauna-like humidity levels match 90-degree temperatures, heat-absorbing black attire reigns supreme in the “Baked Apple.” Say what you want, but when it comes to fashion, many New Yorkers are color consistent, dangerous heat indexes be damned.

Whenever I leave the island I’m met with a kaleidoscope of colors and fashions. It’s especially the case during summer, which also happens to be tradeshow travel season and a great opportunity to check in on what people are wearing. And while it’s increasingly easy to paint with broad strokes—thanks, in part, to the nearly instantaneous way trends cross the country in the age of online shopping—regional nuances and peculiarities still hold their ground. We may be one nation under God, but we are not all wearing the same uniform—yet.

Take the Outdoor Retailer show in Utah last month, for example, when thousands of outdoor types from all over the country overran Salt Lake City. Many of the men sported khaki cargo shorts and loose-fitting button down shirts that Jimmy Buffet might wear (minus the Hawaiian prints) paired with trail runners, sport sandals or flip-flops. Women’s attire ranged from a “Heidi chic” outdoorsy aesthetic to yoga-inspired ensembles often paired with colorful sneakers. The accessory of choice for both was the backpack, of course. This utilitarian outdoor-meets-urban staple also happens to be ideal for air travel.

Another noticeable Salt Lake City look sprinkled through the outdoor fashion crowd was old-school Brit punk: think Dr. Martens 1460s, ripped T-shirts and plenty of plaid. Perhaps the city is a last stand for diehard punkers. Or maybe the look is a sartorial rebellion against the region’s Mormon culture, where modesty is always in fashion. Whatever the case, I saw the style more in Salt Lake City than I do every day along New York City’s St. Mark’s Place, a block from our offices and once the epicenter of the American punk scene. Now I’m more apt to see designer-clad NYU students strolling by en route to the street’s numerous sushi restaurants and yogurt shops.

Speaking of upscale fashions, the preppy look is alive and well around the coastal Connecticut home of my in-laws. It’s as if the area’s schools list The Preppy Handbook as required reading. At my family’s recent mini golf outing in Old Saybrook, a majestic course setting where the Connecticut River meets the Long Island Sound, tykes and teens alike sported attire on par with the pros who play Augusta. Popular logos included Brooks Brothers, Vineyard Vines and Ralph Lauren often paired with Sperry Top-Siders.

The fashions I recently spotted walking a mini golf course on New Jersey’s Long Beach Island couldn’t have been more different. The guys leaned toward jeans, muscle shirts and plush hi-top kicks. Many of the women sported what could only be viewed as the latest in stripper fashion. Who wears pumps to putt? This may sound like stereotyping, but many of them looked like they were heading to a nightclub, minus the golf clubs.

This general fast fashion aesthetic was reaffirmed during an evening stroll about 50 miles south, along the boardwalk in Wildwood a few weeks later. As we wove our way through the crowds perusing the numerous T-shirt shops, arcades and fried food emporiums, I wondered if a Motley Crüe concert, circa 1988, had just let out. Many New Jerseyans evidently retain an iron-fisted grip on hair band fashion. And to those tattooed legions of stonewashed jeans-wearers, I raise my (figurative) lighter in salute and say, rock on! Because whether I personally like early-era Bon Jovi attire or any of the other aforementioned looks, I’m a diehard fan of fashion diversity. Even if it’s as simple as sporting a team’s logo (a look I see often during my annual New Hampshire vacations, where New England Patriots gear apparently is the required uniform), I love the mosaic of styles that make up these United States. Similarly, I hope regional accents, local delicacies and unique customs endure despite an increasingly globalized economy. It may run counter to efficiency, but in my opinion uniformity in any of these areas wouldn’t represent progress. I believe diversity from state to state is a source of creativity and strength. Here’s hoping that what one wears in Peoria won’t always play nationwide.