Protesting might be the new black, but that doesn't mean it's wearing well. 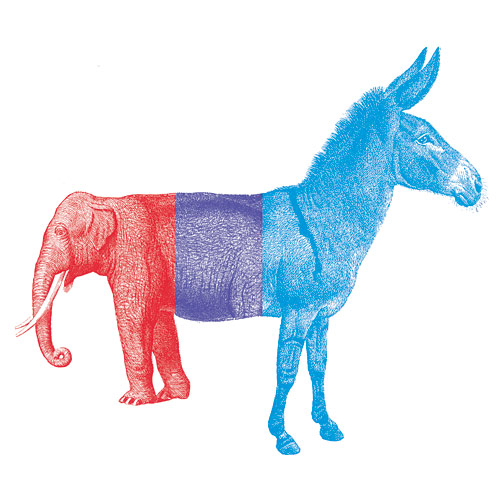 I must admit I’ve had an internal protest raging for the past several months. On one hand, I sympathize with many of the 99 percenters who have been occupying parks around the country. Too many can’t find a job, are up to their ears in college loan debt and feel that their hopes of living out the American dream are more unattainable than ever. In fact, the dream from where they were encamped—shivering in tents, scrounging for handouts, battling anarchic and criminal interlopers, and foregoing the basic rules of hygiene—looked like a living nightmare.

Moreover, with news reports about the top 20 CEO pay raises of 2011—$9 million to $50 million—one can understand how such shocking levels of excess would drive people into the streets in protest. Making matters worse, several of these well-heeled execs laid off employees this year. And they want to know why the average American lucky enough to still have a job—yet is finding it increasingly difficult to make ends meet—and, worse, those who are unemployed and falling below the poverty line at alarming levels are outraged. Well, duh!

On the other hand, part of me—albeit a smaller part—wants to tell some of those young people to get off their butts and find a job—any job—just like I did at that age, as did my parents and their parents and so on. It’s tough to sympathize with a bunch of bratty young adults wielding expensive laptops and smartphones and voicing their outrage at corporate America, especially when many of them still live with their parents. In fact, a recent study by the Census Bureau shows nearly one in five adult males in their late 20s and early 30s is living with his parents—an increase of 5 percent over the past 6 years.

Yes, times are tough, but maybe choosing philosophy or English literature as a major wasn’t a wise decision. Perhaps an engineering or computer- related degree would have been a better way to spend that college loan money. It was the late 60 Minutes commentator Andy Rooney who said in an essay about looking for a job: “We need people who can actually do things…. More college graduates ought to become plumbers or electricians, then go home at night and read Shakespeare.” Along those lines, maybe young people today need to accept starting at the bottom before griping and demanding more of what they have yet to earn.

I’m torn because, as a journalist, my duty is to report on both sides of a story. And after two decades working in this business, I’ve learned that rarely is one side completely right about anything. On top of that, I’m just not strictly a red or blue state kind of guy. I’m purple, which I believe many fellow Americans are too. Unfortunately, our media has been hijacked by extremist elements, and so have our two major political parties. The purple party is largely without a voice in this raging debate over what’s best for our country.

I say it’s time for the middle to rise up in protest. The purple people need to take to the streets and airwaves, championing the spirit of compromise and willingness to work together to move forward as one nation. It’s about fighting the good fight to stop this endless red versus blue civil war.

Sadly, compromise does not ignite passion the way extremism does. And there’s the rub for the middle ground: How do you get extreme about not being extreme? Perhaps that conundrum is best for philosophers to solve.

In the meantime, our industry continues to roll with the punches as best it can. We are not decidedly red, blue or even purple, but we are a bit black and blue from the blows of too many consumers still scared to spend. And as long as unemployment chugs along at 9 percent, one really can’t expect much pain relief. Then there are the body blows inflicted by Chinese sourcing woes. With no quick fixes in sight, for many it’s a matter of absorbing the hits without going down for the count. Regrettably, that does not set the stage for a great deal of risk-taking.

This year will go down in the books as not so hot, but not too terrible. The scars of 2008 and 2009 have yet to heal and, optimistically speaking, serve as a stark reminder that it could be worse. But time marches on and another year is upon us. And as always, there will be plenty of new styles, brands, trends, store formats, etc. to feature in our pages. We here at Footwear Plus look forward to covering it all with the same fervor our industry delivers year-in and year-out. Hope springs eternal because the need and love for shoes still burns brightly, despite the occasional flicker. —Greg Dutter