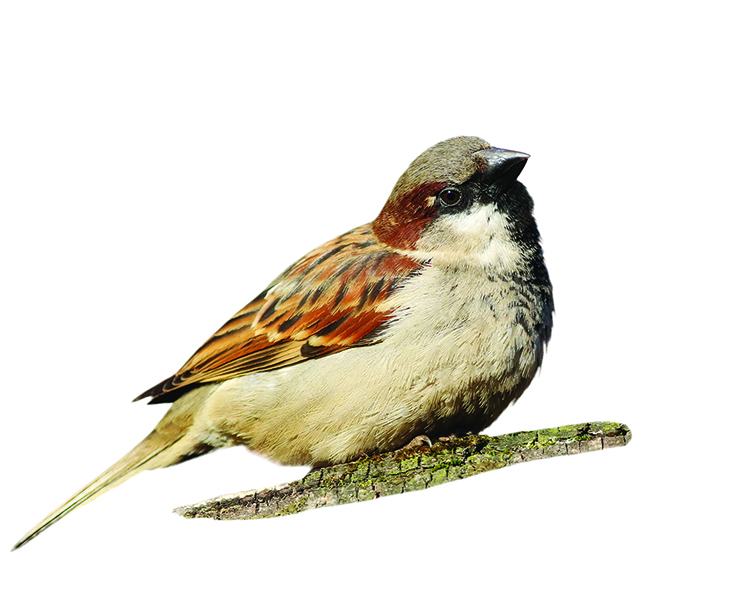 One of the TV commercials that became entrenched in my pop culture-cluttered mind was Chiffon margarine’s “It’s Not Nice to Fool Mother Nature.”

As a kid growing up in the ’70s, one of the TV commercials that became entrenched in my pop culture-cluttered mind was Chiffon margarine’s “It’s Not Nice to Fool Mother Nature.” The spots, which aired from 1971 to ’79 (quite a run!), featured a portrayal of Mother Nature, dressed in a flowing white gown and a daisy crown, sampling what she believed to be butter made of the usual heavy cream. Our goddess, however, was really tasting margarine, and while she thoroughly enjoyed it, she was quick to anger at being duped. Her warm expression snapped into an angry glare while an ominous thunderclap and lightning flash followed for dramatic effect. The ad never sold me on margarine, but the dangers of ticking off Mother Nature left quite an impression.

I firmly believe the real goddess, Earth’s ultimate tree hugger, is never fooled—by anything or anyone. But, as the ad demonstrated, she can get very angry and vengeful toward those who cross her. Take, for example, Mao Zedong, who ruled China from 1949 to 1976. In general, the Communist party chairman didn’t respect nature, believing it should be subservient to humans’ wants. In 1958, the autocrat outdid himself when he issued a decree for citizens to kill sparrows as part of his Four Pests campaign, which included flies, mosquitos and rats. Millions of sparrows were slaughtered as people obediently shot them, destroyed their nests and banged on pots and pans until the birds died of exhaustion. It was viciously efficient. Slight problem, however. Turns out the sparrows ate the real pests (locusts, primarily) and that, combined with deforestation and an epically screwed up agricultural policy, led to a famine during which up to 45 million people died! Mother Nature’s payback, in this instance, was a real bitch.

Tragically, we humans keep failing to heed Mother Nature’s warnings. No matter how many times our polluting ways cause great and even irreparable harm, we don’t seem to learn from the painful consequences, be they disease, displacement or death. And whether it’s the scorched earth toll from Russia’s relentless shelling of Ukraine, or lack of a worldwide concerted effort to address climate change, humans have been beating Mother Nature to a pulp for centuries. Her stamina, while impressive, may have limits. I fear that soon she might say enough is enough; there’s a tipping point where the ultimate payback awaits us all.

But maybe it’s not too late to end our dirty ways and treat Mother Nature with the respect she deserves. Every sustainable effort counts—individually, corporately and industry-wide. There are snowball effects and tipping points—the good kind—that can be reached. For example, on a national scale, we created the EPA, passed Clean Air and Clean Water acts, got the lead out of gasoline, banned harmful pesticides and chemicals, established vast nature preserves, embraced recycling and organic farming, etc. It can be done.

And it’s being done increasingly within our industry. In fact, Andy Polk, sustainability point person for the FDRA, is downright optimistic about the progress being made. He cites the organization’s annual Sustainability Benchmark survey that showed only 34 percent of companies had clear sustainability goals and targets in 2019; Polk expects that figure to spike to more than 50 percent by year’s end. He points to several macro factors fueling the shift. It’s led by a flood of sustainable material innovations—ones that used to come in at a trickle. Equally important is the growing collaboration on use of those materials and the sharing of best practices. Not only does sharing lead to a greater good, it lowers costs. See p. 38 for more on Polk’s eco insights and why he believes we are on a path to making sustainability standard practice.

Being green, as a certain Muppet lamented, is not easy. It takes tremendous effort, expense and expertise. Encouragingly, though, our industry is increasingly willing to make the investment, realizing the long-term benefits far outweigh any near-term sacrifices. A key part of this effort involves bringing in outside expertise. We need assistance. We also need experts to hold us accountable. Twisted X, for example, recently hired Kristy Rosica, its first-ever Sustainability Strategist (p. 9). Her job is to make sure the company’s many efforts stay on track by adhering to sustainability’s triple bottom line: people, planet and profit. Rosica says the fact that Twisted X made such a hire, and is willing to absorb upfront costs in order to do the right thing environmentally, proves that its sustainability platform is much more than a marketing gimmick.

On that note, poseurs, a.k.a. greenwashers, beware of being outed in age of cancel culture. The payback is not worth the risks of faking it.

It’s why Glenn Barrett, founder and CEO of OrthoLite and subject of this issue’s Q&A (p. 12), has made sure the sustainability claims related to its new midsole material, Cirql, have been vetted by outside experts every step of the way. A potential industry game-changer, Cirql is an EVA-like foam that is free of harmful chemicals and can be repeatedly recycled. It can also be industrial composted into clean dirt in a few months. That is circularity, the Holy Grail of sustainability. Barrett, whose company cornered the insoles market over the past 25 years, is confident that Cirql will revolutionize the midsoles market and, in doing so, prevent millions and millions of polluting shoe plastics from clogging landfills around the world. That’s huge.

Barrett and his team reflect the finest of the big dreamers and doers working on the front lines of sustainability in our industry. As they know, we can and must do better. Mother Nature is urging us to—or else.