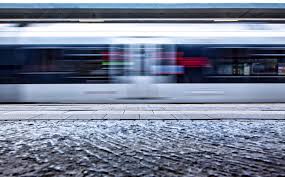 Commuters were crammed together like cattle itching to stampede in Penn Station as I awaited the track announcement for my train to Washington, D.C. for the annual Footwear Distributors and Retailers of America (FDRA) summit recently. Behind me in the stuffy, crowded holding pen were two late forty–something dads. I couldn’t help but overhear their rants about their kids’ shortcomings: Addicted to smartphones and video games, poor grades and study habits, no interest in playing sports, aimless, distant, lazy, bored, won’t even set the table for dinner—let alone be dragged away from electronics to eat with the family. Exasperation oozed from beneath their matching black trench coats paired with matching black briefcases. Their matching shoulders sloped downward, as if they were resigned to the fracturing of their families. Everything about them was dark and depressing.

Their attitude reminded me of our industry. It, too, has been dark and depressing of late. Call it Dark Ages 2.0. Divisiveness is the new black as the industry retreats to its respective corners of private label and direct-to-consumer business models. The so-called retail apocalypse is very real and deadly, triggering epic downsizings, liquidations and bankruptcies—often with crushing debt as an accelerant. But I was heading to an industry summit where the theme was “transformation,” so I was optimistic. I hoped to hear about solutions.

Signs were promising: My train left on time. I snagged a window seat. It was a beautiful spring day and I could listen to the (then second place) Orioles. Life was good—enough. The swamps of Jersey whipped by, we rolled past the City of Brotherly Love’s gleaming skyline, followed by a spiffed-up Baltimore (much improved since my last train ride). I arrived in our nation’s capital to find the sun setting on a balmy evening with the cherry trees in full blossom.

The following morning Matt Priest, president of FDRA, got the conference started with a touching tribute to Jon Epstein, president of Fila North America, who died suddenly in February at the age of 63. (Epstein had been scheduled to speak at the summit.) His company has been riding the wave of success generated by its Disruptor, the wildly popular and more affordable take on the dad’s sneaker trend. Fila represented a beacon of possibilities—a brand that had fallen on hard times and, despite dire market conditions, made a roaring comeback. Priest described Epstein as “transformative,” an exec with endless energy who charged straight into crises rather than duck and run for cover. He will be missed, and kudos to Priest on an inspiring eulogy.

Next up, Tim Boyle, president and CEO of Columbia Sportswear. Boyle, in an informal Q&A with Priest, recalled how he inherited the then family owned hat distributor following the sudden death of his father in 1970. A senior in college, Boyle had no choice but to join his mother and rescue the company from bankruptcy. Columbia Sportswear is now a multi-billion-dollar public company featuring an array of leading outdoor brands. Boyle credited its success to bringing in outside expertise early on and embracing new ideas and methods. It’s a philosophy the company embraces to this day.

Diane Sullivan, CEO of Caleres, then discussed the company’s transformative 2015 name change after 137 years as Brown Shoe. What struck me most was her aside about it being okay to “fail fast.” Mistakes are inevitable in the search for solutions that will transform a business. Better to test and tweak on the fly than to leave ideas in the planning room and never know if they had merit.

David Kahan, CEO of Birkenstock Americas, followed, explaining that the 245-year-old brand has gone through more transformative change in the past six years than in the previous two centuries combined. Kahan opened by singing a few lines from the Bob Dylan classic The Times They Are A-Changin’. The message: Change is a must or “you’ll sink like a stone,” as the lyrics warn. The results of Birkenstock’s efforts to transform while retaining its unique brand traits speak for themselves.

Finally, Greg Tunney, president of Hush Puppies, talked about how predictive analytics are transforming parent company Wolverine Worldwide into a consumer-centric organization. Tunney cited three essentials: innovation, creativity and risk, with risk serving as the catalyst for the first two. Echoing Sullivan, he mentioned the need for Wolverine to “fail fast” by taking more risks to keep up with fast-moving consumers seeking the latest goods. That’s where predictive analytics come into play. According to Tunney, the old “we saw a shoe, we had a hunch, we bought a bunch and hoped like hell it sold” has given way to quantified data mined from consumers to cut down on expensive guesswork. Showing select consumers products, price points and marketing campaigns beforehand led to 40 percent less inventory and 40 percent fewer markdowns on Hush Puppies’ latest collection. Those are some transformative stats! Data analytics, Tunney noted in closing, allow one to predict the future. Now that’s transformation on steroids!