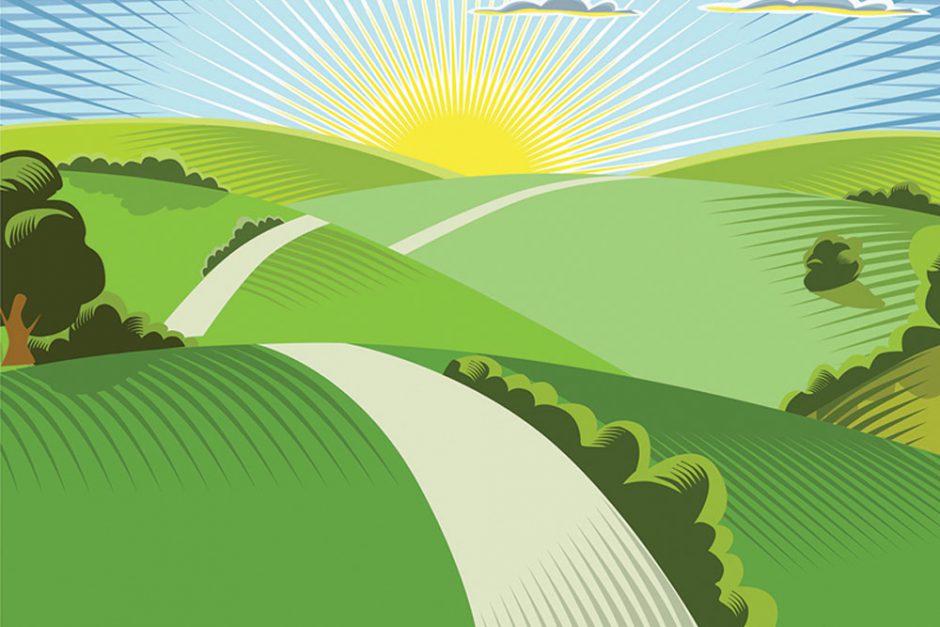 No, I’m not rehashing reactions to the presidential election. (Politics have no place in public columns these days, unless alienating 50 percent of your audience seems like a smart decision.) These adjectives, rather, are just some of the colorful, blunt and fit-for-print assessments I’ve heard about life in the retail trenches over the past year. Newsflash: Business has been really tough, unforgiving and incredibly unpredictable. Flat is the new up. Bankruptcy is the new black. And the new normal is abnormal. This year may go down as one of the most challenging and transformative ones in memory—that is until we see what next year brings.

Did this very bad year really kick into gear last fall when a Godzilla-like El Niño turned much of December into a remake of Endless Summer, the retail horror version? Some say all that hot air blowing across the country was the tipping point for the great retail shakeout of 2016. Others dismiss that theory is a bunch of hot air—or a smokescreen. They believe much deeper fundamental problems finally shook many brick-and-mortar retailers to their core.

The endless election. A (too) slow-growth economy. A scared, angry and depressed consumer base (thanks, in part, to that negative and divisive election). Fears of terrorism and terrorist acts in malls. Racial unrest. Rising fixed costs (notably healthcare insurance). An ongoing Millennial-led macro shift to e-commerce. Too many stores and, for far too long, an unsustainable growth model, which was bound to become a collapsing house of cards. Those are several root causes that pundits have cited—and that have gathered into a perfect storm.

Surely, there are other factors—like changing weather patterns. How many warm falls in a row does it take to rethink a seasonal buying plan? At the very least, a shift toward smaller and perhaps staggered deliveries seems like a safer strategy as consumers increasingly buy when they need and not in advance. Rolling out sweaters, gloves, scarves, boots, etc. in August and then marking the (now stale) merchandise in another warm October and November… Why not squeeze the most out of the season outside rather than try to force the issue? (Think Halloween displays the day after Labor Day.) It contributes to premature seasonal affective disorder. Why not embrace the season you spent months preparing for and maximize margins as best you can? Besides, if the Internet has conditioned consumers to do anything, it’s to buy when they need something—and have it shipped overnight for free.

Social media’s influence on fashion trends is another factor shaking things up this year. The lightning speed at which trends go viral—and often disappear—is causing supply chain management practices to be reimagined. It was only last February when the biggest buzz coming out of New York Fashion Week wasn’t the styles featured on the runways but the fact that several designers made their collections immediately available to consumers, turning “buy now/wear now” and “direct-to-consumer” into industry touchstones. It was also an early warning sign that 2016 was going to be no ordinary year. The status quo was being put on notice. (Side note: When the hype surrounding New York Fashion Week was more about how goods were being introduced to the market than about the actual goods, it was a bad sign for the year ahead.)

Surely 2016 will be remembered as the year many big-name retailers went down for the count. Equally memorable will be how many other stores finally admitted that business as usual was no longer an option. This is the year the status quo got the heave-ho—and that applies to politics, sports (think Chicago Cubs), retail, social norms, fashion…the list goes on. Around the world, people have headed toward the exit, seemingly tired of the roads they have been traveling for too long. No one knows if these detours will lead to more dead ends or promised lands. That can seem befuddling, terrifying and unpredictable. But embarking on a new path also generates a sense of optimism. The ability of our industry, specifically, to change course and find a new way forward has always been our greatest asset and our secret to surviving. The road ahead will surely have twists, potholes, traffic jams, wrecks and casualties, but heading in a new direction sure beats driving in endless circles.