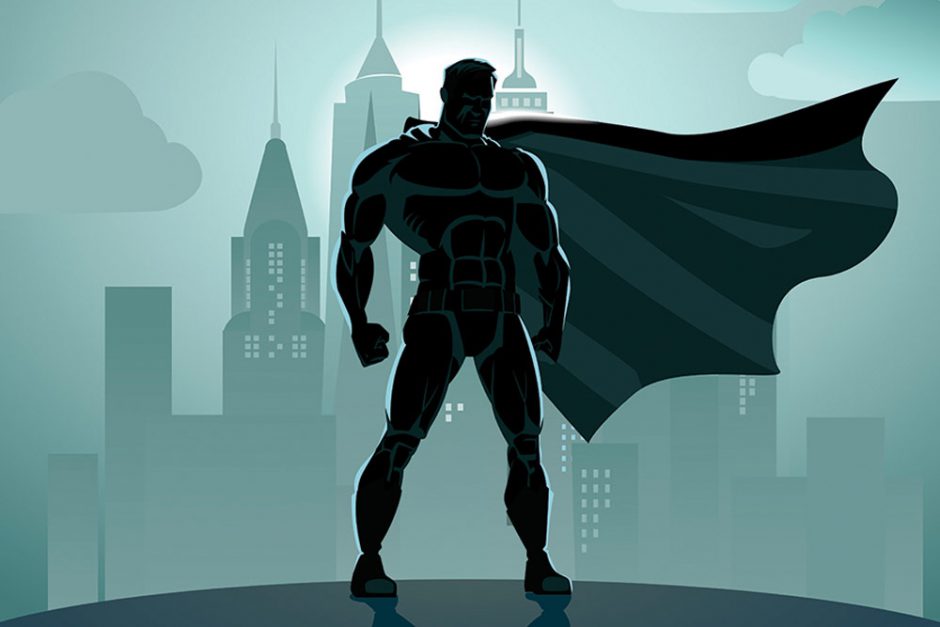 Here’s to us all continuing to fight the good fight... According to comic book law, good always triumphs over evil in the end. Similarly, over the course of a 162-game baseball season, the cream always rises to the top. And legendary UCLA basketball coach John Wooden never talked about winning; rather, he espoused a relentless “pursuit of excellence” in all aspects of the game, promising that plenty of good (i.e. wins) would result.

While such good-will-win-out adages might give us solace, outcomes are never certain. And there isn’t much evidence that the good—in anything—is prevailing these days. Take your pick: the weak economy, divisive politics, crumbling race relations, terrorism, coups, mass migrations, doping scandals…Evil seems to be on a winning streak of late. So much so that hiding under that proverbial rock is tempting. But hiding and, for that matter, building walls has never been the way to solve the world’s problems or keep evil forces at bay. The only way to do that is to fight the good fight. Stand up to the evildoers, because the alternative is a world gone terribly bad.

Evil’s relentless attack on good doesn’t always manifest itself in grandiose horrors and headlines. Often it involves a subtle chipping away at established practices. Cut a corner here to save a few cents on the dollar. Pull back on R&D because being average is more profitable than being good. Replace experience and talent because a neophyte will do the job (poorly) for much less. One of my favorite scenes in the movie Broadcast News is when Albert Brooks’ character says evil won’t look like a scary creature sporting a red pointy tail. Brooks says the devil will be “attractive…nice and helpful.” He’ll gain a position of power and influence and, while “he’ll never deliberately hurt a living thing…he will, just bit by little bit, lower our standards where they are important.”

Such evidence is all around us, be it biased journalists with no one vetting their accuracy, consumer products that are no longer built to last in what has become a disposable society, or—perhaps worst of all—a general lack of decorum and tolerance of different viewpoints that has turned society into a screaming match stalemate. No one wins and nothing good comes out of it. If we hope to give good a winning edge in this world, it starts by working together. United we stand, divided we fall, right?

In that spirit, allow me to showcase some good being done in our corner of the world. Take this month’s feature marking the 25th anniversary of Ecco being sold in the United States (“Great Danes,” p. 56). This is a success story built on a relentless pursuit of trying to be the best shoe company in the world (substance), not the biggest (flash). The Scandinavian brand is renowned for its simplicity, functionality and adhering to stringent comfort and quality standards. Making a lesser product might be more affordable and easier to produce, but Ecco refuses to take that route. The company has built its retail partnerships to be equally long lasting. Particularly commendable has been the company’s willingness to adapt to American retailers’ needs rather than forcing a European business model on them, like so many other European comfort brands have tried—and failed—to do. Such flexibility is a refreshing contrast at a time when so many people seem unwilling to accept and respect the differences of others.

Another fine example of fighting the good fight—for 92 years and counting—is Hilton’s Shoes, subject of this month’s profile (“Dynamic Duo,” p. 50). The Bellingham, WA–based sit-and-fit stalwart is in its fourth generation of Hilton family members and, despite an onslaught of Goliath-sized competitors, Hilton’s good business practices continue to win the day. Many involve retailing 101 basics—like offering top-notch customer service. And while plenty of retailers claim they do this, it’s more lip service than fact if the general consumer consensus (think Yelp) is to be believed. The truth is, fighting the good fight requires hard work, skill and determination. Hilton’s tale of longevity serves as an inspiration to retailers, big and small.

Last but not least are the rules for business and life put forth by Rick Muskat, executive vice president and principal at Deer Stags Concepts. In our department, A Note to My Younger Self (“Father Knew Best,” p. 18), Muskat cites the lessons he learned from his father, who died suddenly some 30 years ago, as providing the framework that has enabled his surviving family members to keep the business alive. His advice is chock-full of best practices, along with a few tough love sentiments. It’s a good read.

Speaking of good, here’s to us all continuing to fight the good fight. It sure beats living in a world gone to the dark side.