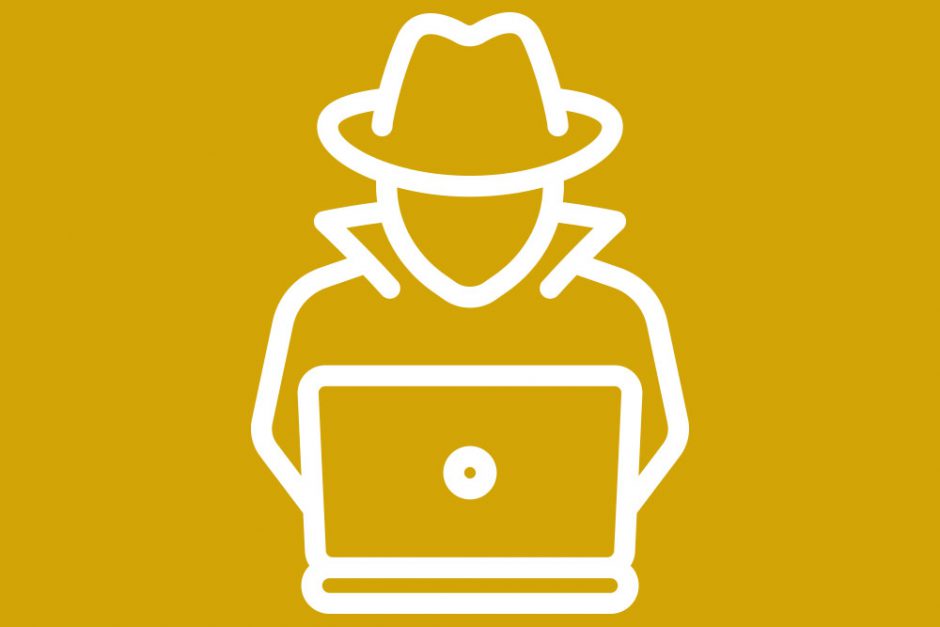 Recently, my teenage daughter was playing the theme music from Netflix’s hit sci-fi series, Stranger Things, on her electric piano. When we turned on our TV shortly after, we were greeted by an ad for the show. Doo, doo, doo, doo…Doo, doo, doo, doo… (Cue The Twilight Zone theme music.) It seems our TV was listening—even in its “off” mode. And this wasn’t the first time. There have been other instances when our family sat in the living room chatting about a certain movie, and then found it featured in the Amazon Prime movies or in the On Demand cable listings. Oftentimes, it’s an obscure or older movie—nothing that’s trending. That’s more than just a coincidence. Our smart TV is watching us.

The same goes for smartphones, laptops, wearable fitness gizmos, apps and voice-activated devices—they are listening, recording, watching, tracking, compiling reams of data that our actions generate when we use them. This is surely not breaking news. Nor is learning that the minute-by-minute stream of our likes, needs, wants, tendencies, problems, fears, favorites, peculiarities, etc. has all been for sale—both for straight-ahead marketing purposes and for Deep State matters like possible election rigging. Data is the new currency driving consumer commerce. It allows for pinpoint accuracy, timing, personalization and influencing. Still, there’s a fine line between targeting and spying on consumers.

Like a lot of people, I was introduced to the concept of Big Brother through George Orwell’s novel 1984. That entity definitely creeped me out, but it seems downright docile compared to the monitoring muscle of today’s array of Big Brothers disguised as friendly social media platforms. Unless you find a way to go completely off the grid, you can’t escape. You’re being monitored 24-7. As reported recently in The New York Times Magazine, Facebook and Google have not only gathered data directly from their platforms, but they’ve also followed people’s internet trails, using “an elaborate network of browsing bugs.” The two tech Goliaths have created “a private surveillance apparatus of extraordinary reach and sophistication” in what has been labeled by philosopher and business theorist Shoshana Zuboff “surveillance capitalism.” Talk about creepy.

Does this kind of spying make everyone’s skin crawl? Or have we reached a point in the sharing economy age where privacy is no longer possible in such a highly interconnected world? A 2018 CX Trends study involving 2,000 customers and 1,000 brands suggests the former. The No. 1 trend reported was “personalization can get too personal.” In fact, 75 percent of respondents deemed most forms of personalization that brands use at least somewhat “creepy.” What’s more, 40 percent of brands admitted to being “creepy” with people’s personal information, tracking what they buy, places they visit online and places they shop in person.

Of course, the counterargument to all this creepiness is that it’s done in the name of convenience for the consumer. There’s no harm if marketers are merely using the data to cut down on the time we have to spend searching for and then purchasing goods and services. The new Nike App at Retail, for example, recognizes shoppers when they enter its two flagships in Los Angeles and Portland, OR, and offers exclusive products. Shoppers can check out through the app with no waiting. Not in the store? No problem. You can reserve product through the app, and it will be on hold in a personal locker for pick-up.

Millions of consumers will gladly exchange some privacy for such seamless shopping. As proof, the voice-activated devices market in the U.S. is expected to hit $40 billion in sales and include 55 percent of all households by 2022. (Last year’s sales totaled less than $2 billion.) Of course, data mining is an imperfect science. There are still bugs to work out, especially when it comes to accuracy. For example, why am I regularly targeted with ads offering women’s shoes? These firms know plenty, but clearly they don’t know everything.

In the meantime, an epic battle is brewing between data miners and privacy advocates. Europe recently passed the General Data Protection Regulation, which aims to give individuals in the EU control over their personal information. That’s only the first front in what’s likely to be a long and costly world data war. The data mining side is arguably as well financed as any force in history. They are armed with legions of lawyers and lobbyists, and able to line the pockets of both red- and blue-leaning politicians, so one might think they have the edge in this fight. (Google’s parent company, Alphabet, spent more money last year on lobbyists than any other corporation in America.)

But why should a handful of tech titans profit so hugely from the little people’s habits, hobbies and search histories? Of the current 143 billionaires around the world, half reside in Silicon Valley. (Facebook and Google control more than half of the worldwide market in online advertising.) How about a little compensation for Joe and Jane Paycheck in exchange for all the data they’re unwittingly providing? What if consumers get really secretive, even if it’s purely for spite? I’ve got a hunch data miners are in for a rude awakening if they think they’ve got eternal rights on a gold mine they don’t own or fully control—yet. Let’s hope they never do. That would be the ultimate creep show!