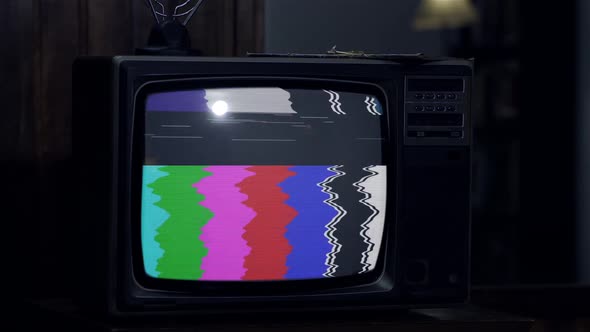 Recently, my family and I were enjoying an episode of Reservation Dogs on Hulu when a commercial jolted me like a Crazy Eddie ad from my pre-cable days. Did we just fall through a time warp into the days of rabbit ears and rooftop antennas?

We’ve come a long way from Tiger King in terms of stream-worthy entertainment. There’s Stranger Things (Netflix), Ted Lasso (Apple TV), The Marvelous Mrs. Maisel (Amazon Prime), The Offer (Paramount+), Only Murders in the Building (Hulu), The Sex Lives of College Girls (HBO Max) and Kevin Can F*** Himself (AMC+), to cite a few faves. I can’t even tell you what’s new on regular TV these days. And while subscribing to all these platforms isn’t cheap, it’s a safe, enjoyable approach to a scary world. But commercials? That wasn’t part of the deal. To watch Hulu without ads, our monthly subscription jumped from $6.99 to $12.99—a charge we absorbed to avoid returning to The Flintstones age of TV viewing.

At least, I thought we had avoided it. But then platforms started switching to weekly episode formats. And while some offer a binge plan (again, for more money), there’s a growing consensus that the weekly format should be the only option. Rumor has it this generates more water cooler discussion, which increases viewership, which ups revenue. So here I am, back in ’70s-era TV, eagerly awaiting next week’s episodes.

Is this really so bad? Might the streaming execs be on to something beyond their primary motivation? Binging entertainment—like binging an entire box of cookies—can leave one empty emotionally. Does devouring nine years/180 episodes of Seinfeld in nine days leave one with any real appreciation for how well the series encapsuled ’90s-era America and still holds up? Savoring a series slowly, much like a good book or meal, can be much more satisfying. Besides, what’s the hurry—with everything?

Might there be other ways that life as we once lived it was better? Take fashion, for example. Turns out the fast fashion model is clogging landfills worldwide, which costs enough environmentally to offset any upfront savings. The model is also negatively impacting the thrift store channel because there are fewer garments that last, and even fewer that thrifters want. Maybe there’s something to be said for quality over (crappy) quantity—in both the near and long term.

The way consumers shop today is another point to consider. In the early throes of Covid, buying goods online became a necessity for safety. But is it the best option for all goods? As a Manhattan resident, the convenience of a regular Fresh Direct order beats lugging a 25-pound box of cat litter several blocks. But when it comes to shopping for items like clothing, is online really the most efficient method? Environmentally speaking, definitely not. Ordering multiple versions of items to determine which fit/look best and returning anything unwanted is creating a massive carbon footprint. Then there’s the packaging waste. My daughter recently ordered a bottle of nail polish that zoomed across the country in a day—in a box that could have fit a mini fridge. How is that better than walking a few blocks to a store to make the same purchase?

We need to see the forest for the trees—before we reach the point where there’s no forest left to see. Not only might shopping the old-fashioned way be easier on Mother Nature, but it fosters interaction with fellow human beings. Historically, shopping centers served as not just a place for commerce but one for conversation. Remote life has its perks, but being a hermit isn’t healthy. Besides, shopping locally creates jobs, which helps improve communities.

Fortunately there are plenty of consumers who still prefer shopping for shoes the old-fashioned way. Family channel leaders Famous Footwear, Shoe Carnival and Rack Room Shoes (see p. 19 for the latter’s 100th anniversary section) are all reporting stellar numbers, driven largely by in-store sales. Kevin Bosco, president of Bos. & Co. and the subject of this month’s Q&A (p. 12), recently toured accounts in the eastern third of the country and saw stores bustling with shoppers. In fact, Bosco remains bullish on the company’s primary distribution focus: better-grade independent dealers, where he believes his target affluent customer base prefers to shop. Bos. & Co. is introducing a fifth brand (Ambitious) to its portfolio, firmly convinced that plenty of growth opportunities remain.

Another sign that the old-school format remains valid lies in the recent woes of DTC darlings like Allbirds and Warby Parker. Turns out the initial pitch to entice consumers—that traditional retailers were unnecessary middlemen who raised pricing—appears way off base. First, consumers are realizing there is no 50-percent retail markup savings being passed on by DTC dealers. Second, DTC brands desperately need the exposure and in-person interaction stores provide. They benefit from retailers’ third-party validation. Acquiring customers online and building a fleet of flagships is also expensive. Trying to go it alone—like a hermit—doesn’t look to be sustainable.

Meanwhile, Foot Locker’s push to diversify its mix in the wake of Nike’s consolidation of distribution continues full steam ahead. I eagerly await future episodes of How the Shoe World Turns (in other words, new issues of Footwear Plus). I can’t wait to see how this story, and many other captivating ones, play out. Stay tuned.