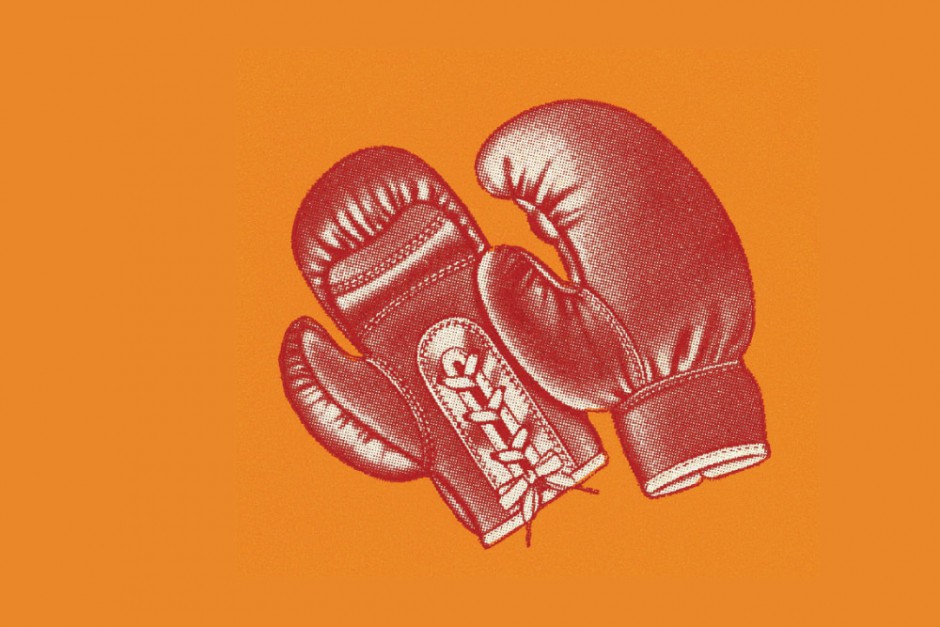 The hits just keep coming lately—and they’ve got many retailers on the ropes. The balmy fall that left many boot inventories bloated was a big blow to retail. For many in the business, it felt like a devastating hook from Mother Nature after a barrage of jabs. Sometimes being in this industry can make you feel like a boxer in the umpteenth round with no bell sounding.

For those scoring the fight, the anemic economy has stretched on for nearly a decade. The growth of direct-to-consumer (D2C) business models is taking an increasing bite out of sales and profits. Rising fixed costs are also taking their toll. As if that’s not bad enough, there are reports of a large-scale shift among consumers seeking experiential purchases instead of material ones. And let’s not forget the (endless) presidential election, a freak show that has millions of consumers rubbernecking the 24/7 news coverage. You might say they’re scared shop-less.

It’s no surprise that many retailers are bruised and bloodied. In fact, plenty have already gone down for the count or been given TKOs in the form of bankruptcy filings. Others are closing doors like a prize fighter trying to shed pounds before a weigh-in. What’s particularly alarming is that many of them are former heavyweight champions—the Alis and Foremans of the retail ring. It’s one thing when the undercards or journeymen fall by the wayside. But when some of the top dogs take a knee, the fear is real. It’s like having to face Mike Tyson in his prime.

Retailers could use a breather. Better still, they could use something to ease the pain. Unfortunately, we’ve got another six months of political folly to endure, and until that’s settled, the economy isn’t likely to improve. Until then, we’ll have to fall back on retailing basics—bobbing, weaving and counterpunching—to keep standing.

Take D2C, for example. It’s a feisty foe, especially pureplay upstarts that pull no punches in their positioning against retailers. Many label them greedy rip-off artists who charge shoppers unjustifiably high markups. But their claims of offering equal—or better—merchandise at half the normal retail cost can’t be brushed aside anymore, as more competitors enter the marketplace. This month’s Special Report (“A Threat or Nothing to Fret?”; p. 10) delves into this intensifying battle, advising retailers to fight back with service, setting and breadth of selection, among other unique attributes, to justify the markup.

A similar proactive strategy applies to consumers seeking experiential purchases. Such a shift presents plenty of opportunity. For example, bucket list travel destinations, fitness-oriented goals and dining out in nice restaurants are trending. They all require appropriate footwear. So be a part of making these experiences better by selling the shoes that make customers comfortable and stylish. Great strides continue to be made by combining those two, as evidenced by this month’s fall fashion story (“Industrial Revolution”; p. 26). Comfort has never looked so cool.

The fact is, consumers today expect and demand both. If the athleisure trend tells us anything, it’s that performance and style (i.e. wearable technology) span everything from handhelds to shoes. This month’s Defining Comfort: Fall ’16 feature (“It Goes Without Saying”; p. 18) reveals how far leading brands have come in the versatility trend and why the fight has only just begun. Even if customers never hike to the top of Mt. Kilimanjaro or run the New York City Marathon, the comfort of knowing they could in those shoes is what matters. The grander point is: Why just sell commodities when you can sell solutions that improve lives? A rebellion against mindless materialism might be inevitable, given current macro demographic trends such as aging Baby Boomers who don’t want more stuff and millions of Millennials drowning in student loan debt.

The sweet science of retail is a never-ending fight. It requires mental toughness, physical stamina and, most of all, heart. You need passion and determination to step into the ring seven days a week and fight for survival. It’s not a life for the meek as Mark Jubelirer, owner of Reyers Shoe Store in Sharon, PA, can surely attest. The long-time steel town retailer and subject of our new department (“A Note to My Younger Self”; p. 20), reflects on his decision to keep slugging it out rather than move the business to greener pastures. It’s an honest and inspiring read. So, hats off to those still standing and putting up the good fight.