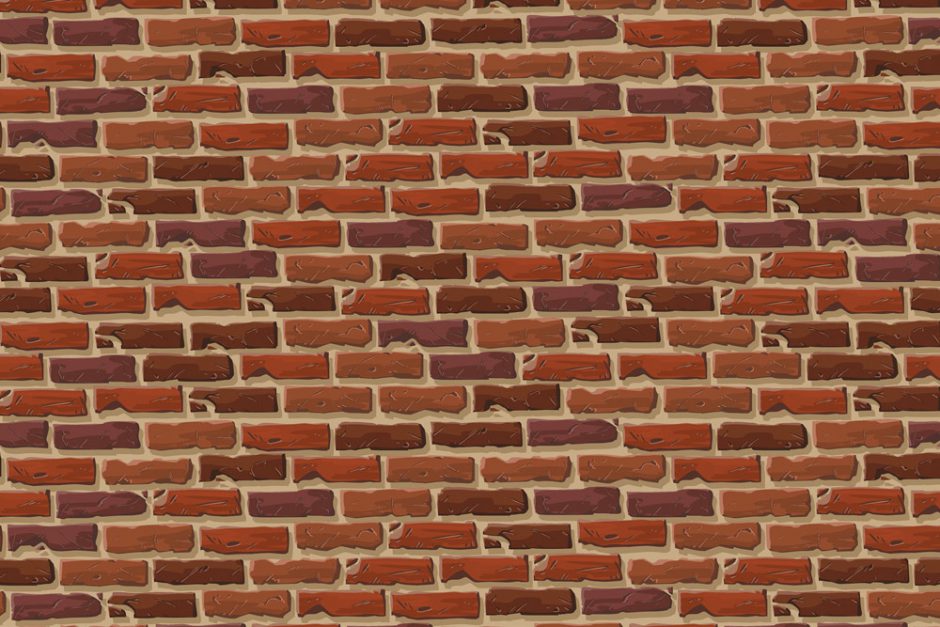 Another Brick in the Wall To say things have been a bit strange lately would be an understatement of yuuuuge proportions. Society has reached a whole new level of odd, led by President Trump’s unorthodox approach to, well, just about everything. A campaign rally after the election? Claiming an election that he won was rife with voter fraud? Pictures that lie? Republicans against free trade? Immigration reforms that smack of a snooty country club? A mafia-like vendetta against businesses that involved dropping a family member’s (poorly performing) clothing line? So much for politics as usual….

Only in the Bizarro World would any of this be deemed normal, let alone acceptable. It’s a new world disorder where alternative facts, fake news, leaks, conspiracies, lies, spies, walls, protest marches, boycotts and Twitter wars are part of the new abnormal. It’s fitting that Ringling Bros. and Barnum & Bailey decided to fold its tents after 146 years now that there’s a new, much bigger circus in town. C-SPAN is must-see TV, Saturday Night Live is relevant again and routine presidential press briefings are SRO events. Strange days, indeed.

It makes sense that a show called Stranger Things is all the rage right now. The sci-fi series, set in 1980s Reagan era America, features plenty of government spooks as well as paranormal and supernatural activity. The super-strange events in the series echo some of today’s goings on. Just recently, for example, followers of witchcraft across the United States performed a mass spell designed to remove Trump from office, complete with the crafty Twitter handle #magicresistance. Not surprisingly, the movement sparked fury among Christian conservatives, who have accused the witches of “declaring spiritual war.” (Allow me to suggest #grabyoursouls as a counter rallying meme.) All of this would make great material for a sci-fi series.

Our industry is not immune to the weirdness. Wacky weather patterns continue to play havoc with what remains a seasonally driven business. Possible trade regulation–induced tsunamis could wipe out our current way of sourcing and pricing shoes. (Apparently some elected officials aren’t aware of the all-important 99 percent—the figure of shoes imported to this country annually.) Social media–fueled firestorms continue to drag businesses into the political spotlight against their will, accusing them of being pro- or anti-Trump. Either way, it’s a no-win situation. Meanwhile, the demise of many brick-and-mortar heavyweights and the epic downsizing of others continues to reshape the retail landscape dramatically. And, last but not least, there’s the giant sucking sound of Amazon pulling millions of customers away from every tier and door, either directly or with the help of competing retailers via its third-party Marketplace.

The last example is a new level of strange because, at its roots, third-party marketplaces exacerbate over-distribution, which is arguably the primary cause of unprecedented levels of margin pressure and industry consolidation. So which came first? The desperate times or the platform that pitched retail into a relentless price war and cannibalization that could ultimately lead to extinction? Aside from Amazon, who wins?

A handful of brands have spotted the inequality in this relationship and are rethinking their Amazon policies. Some have stopped doing business with the online giant. Others are grappling with policies that can benefit all parties while some have put the kibosh on retail partners selling on Amazon Marketplace. In addition to protecting brand image, one of their aims is to help retail partners maintain margins. But strangely enough, many retailers aren’t happy with the decision. Some even choose to ignore the order. One wholesaler has gone so far as to hire a private investigator to hunt down retailers using aliases to sell on the platform. Apparently the temptation to drop prices, often below MAP policies, and move to the top of the queue is greater than loyalty to long-established partnerships. Who’s to blame? The retailers or Amazon’s algorithm, which encourages their behavior? In this instance, the wholesaler has chosen to punish rogue retailers, breaking all business ties. It’s a divorce where neither party wins.

The barrier that separates retailers from wholesalers is higher than ever. Direct-to-consumer efforts, private label programs, MAP pricing battles, third-party platform issues…differences are stacking up like bricks in a wall. The issue bears a striking resemblance to the political barriers springing up in our country, where there’s been little hope of uniting opposing sides. It’s a stark contrast to the collaboration that has been a hallmark of American government for 200-plus years. In that rich legacy of cooperation, I will take the president’s recent speech before Congress at face value. Specifically, his call for Democrats and Republicans to work together to solve our nation’s problems. “We are one people, with one destiny.” It’s a cooperative spirit that’s worked well in the footwear industry for decades, too. No matter which side of the wall you’re on, ask yourself this question: Aren’t we better off working together to try settle our differences, solve our problems and attain a greater collective good?