A Salute to the Storytellers

I crave detail in every story, regardless of whether it’s long, short or even tall. 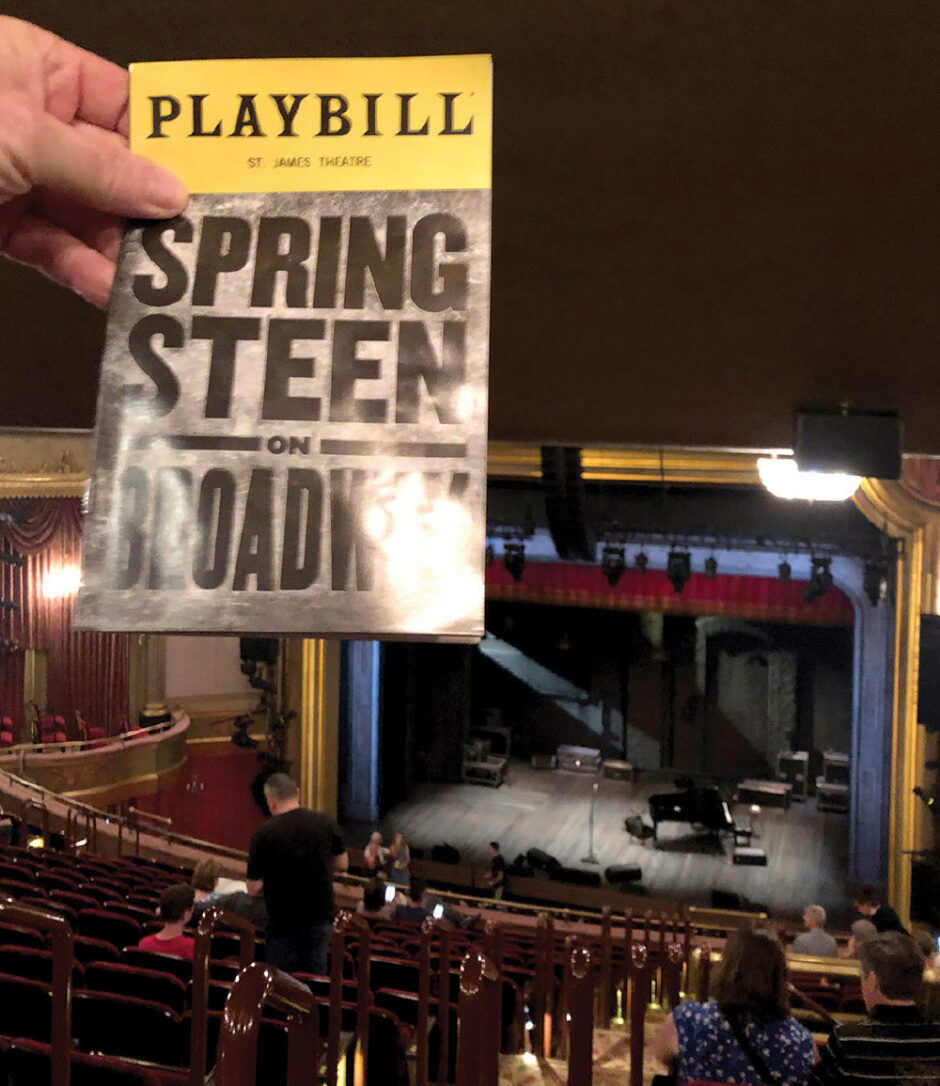 Bruce Springsteen is a master storyteller, as most recently evidenced by his acclaimed autobiographical Broadway performances. The set-ups, build-ups, descriptions, asides, surprises, confessions, revelations, arcs and poignant conclusions about his life were captivating. I swear, as he went into rich detail about growing up in Freehold, NJ, and how the aroma of coffee would regularly waft over the town from the Nescafé factory, for an instant I smelled it. And when he shared a story about how, as a young boy, he would meet his mom at the end of a long day at the office where she worked as a legal secretary, her heels echoing off the tile floors of the lobby they passed through long after everyone else was gone…I heard those “click-clacks.”

I crave detail in every story, regardless of whether it’s long, short or even tall. The sounds (“the screen door slams”) and sights (“Mary’s dress sways”) are what make stories memorable. What’s more, they can shed a whole new light on a subject.

Case in point: Vincent Van Gogh. I had no idea that when he died, at age 37, he had created 900 paintings but only sold one that, in today’s dollars, would have fetched him a paltry $2,000! I know that now because recently, as I waited to enter the Vincent Van Gogh immersive exhibit, a video screen posted that autobiographical aside. A mere sentence of backstory changed my entire perspective on a painter I previously brushed off as some nut who resided in the South of France and cut off his left ear.

It was another reminder to me to try to include details in all the stories I tell in these pages. Fortunately, our industry’s storytellers usually provide me with plenty of great material. They are master storytellers in their own right. For example, take the story of how Larry Paparo, president and CEO of Floafers (p. 10), came to lead the Kickstarter-launched brand that he now firmly believes possesses unicorn-size growth potential. After 30-plus years working in nearly every facet of this business, including at multi-billion-dollar companies, Paparo is not just blowing smoke. He speaks from experience, and sprinkles in anecdotes about in-store feeding frenzies over Floafers that will make the hair on the back of your neck stand up. It’s a great story, complete with inspiring twists of fate, strong family ties and potential fortune.

The career story of Superfeet CEO John Rauvola, as told by him in this issue’s A Note to My Younger Self (p. 43), is another example of a great backstory. Before being named CEO of the Seattle-based insoles maker in 2013, Rauvola made several career stops—some good, some bad and some downright scary. Early on, while working as the night shift manager at a Doritos factory in Texas, a disgruntled employee threatened him with violence. He handed the guy a written warning about poor attendance, and the employee responded by telling him that, for $50, a local biker gang would break his kneecaps. Now that’s an aside I haven’t heard in our business before, and it paints a vivid picture showing that the road to success isn’t always smooth! Read the rest of Rauvola’s note to see how his career unfolds. It’s a great story.

Indeed, great stories beg to be told—ones of invention, redemption, quests and rags to riches. Oftentimes all of those powerful elements are wrapped into one epic saga. That’s the fun part of my job: hearing and telling stories with fascinating characters, drama, intrigue and cutthroat battles—instances where fate played a hand, potentially fatal mistakes were narrowly averted, happy accidents changed everything, and unsung heroes saved the day.

It’s all part of a broader, ongoing story unfolding continually in our industry. Consider this issue our latest chapter—volume 31, to be exact. The plot thickens, and I can’t wait to tell you what happens next.