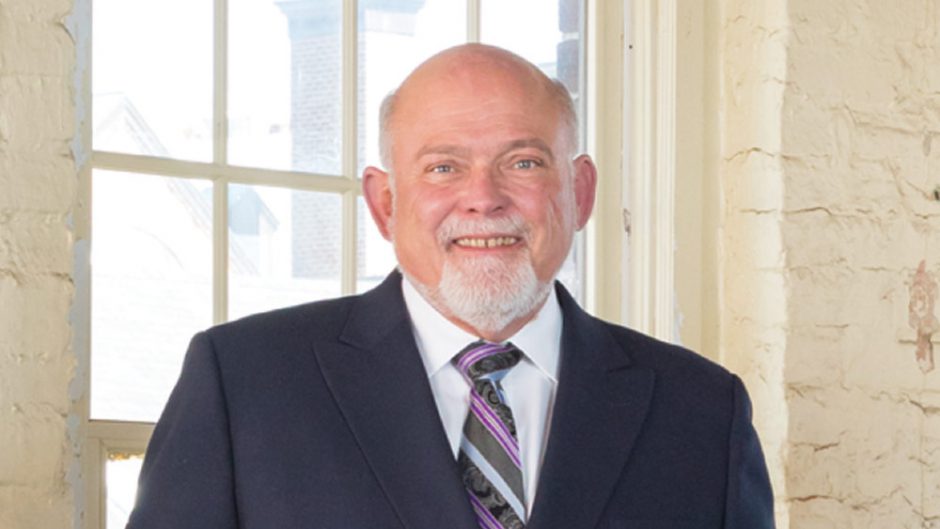 Maurice Breton, president and founder of Comfort One Shoes, on the risks and even greater rewards from a life in retail. Dear Maurice, The year is 1974. You’re working in a small shoe store in downtown Worcester, MA, where an important part of your day is keeping an eye out for the pretty woman who passes by the window at lunch hour. You can set your watch by her. As fate has it, the wife of the store owner had been telling you about someone she wants you to meet. That someone, Deborah, is the gal of your dreams who walks past the store each day! What are the odds?

Filene’s, at the time, is a division of Federated Department Stores, a venerable organization comprised of many first-class chains in major markets nationwide. You want to become a shoe buyer more than anything, but the buyers there aren’t going anywhere, anytime soon. When Federated purchases Rich’s, a department store chain based in Atlanta, you reach out about a job. You’ve lived your whole life in Massachusetts and your entire family still resides there, but you wonder if the odds of ever becoming a shoe buyer might be better working for Rich’s? Is it worth uprooting your entire life on the hope? Is it worth the enormous risk to move your family, which now includes your three-year-old son, Garrett, without even any job offer? The answers are probably not, but nothing is ever certain. In fact, the only certainty in life is uncertainty! You roll the dice and make the big move. It pays off immediately as you land a job managing Rich’s second-largest shoe department and your wife is hired by Davison’s, a division of Macy’s, as manager of the ready-to-wear department in its original Peachtree Street location downtown.

Life is good. Both jobs pay up to 30 percent more than you were making in the Boston area. Atlanta is also a growing and exciting city, where the cost-of-living is considerably less. Personally, you’ve entered the footwear retail big leagues. At Filene’s, you managed one shoe department with a staff of five. Rich’s Cumberland Mall location has shoe departments for men’s, women’s and children’s as well as a women’s salon and an athletic department. Between full- and part-time department heads, sales associates and stockroom personnel, you oversee a team of close to 70 people! You hit the ground running. Soon after your arrival, all the departments are producing respectable monthly sales increases. It isn’t long before you’re promoted to assistant buyer, then buyer and, a couple years later, DMM. You credit a big part of your success to your formative years at Federated, where you learned the art of management and merchandising.

After 12 years working for Federated, you’re recruited by Hofhiemer’s Shoes to be vice president of merchandising. Based in Virginia Beach, VA, the more than 100-year-old company operates stores stretching from Pennsylvania to Florida. Soon after, in the fall of 1986, you and three partners purchase the chain. Over the ensuing seven years, you further refine your merchandising skills and learn to think and act like a business owner. But then it’s time for you to move on. But where? You do plenty of soul/sole searching—lots of time at the beach and by the pool pondering your next move. You speak with various business owners and visit the local SCORE office. The free mentoring service is a big help. It’s also when you really notice how many retailers are fighting hard for market share among a consumer base that has little to no money. You realize that very few retailers are catering to affluent consumers. It’s your aha moment!

You move the family to Alexandria, VA, an affluent suburb of Washington, D.C., and open an 800-square-foot store, Comfort One Shoes, at 201 King St. It’s a sliver of a larger store that—happy accident—looks like a leased shoe department. As (more) fate has it, the tight space demands European sizing only and reordering daily. Having worked for large retailers, however, you quickly realize that 800 square feet alone won’t cut it long term. You start expanding the original location and open more stores rapidly. Within two years, you expand to five locations. Today, you are at 17 stores in the Virginia, D.C. and Maryland markets. As for that original location, it’s mushroomed into a 3,000-square-foot salon. Directly across the street, you’ve opened a 7,500-square-foot sister store featuring a more moderate-priced, younger assortment. The area has become a Comfort One Shoes shopping mecca.

It’s now 2018 and you’ve just celebrated Comfort One Shoes’ 25th anniversary as a local, family-owned business. Your son has become a partner. You have a succession plan in place where he’ll lead the business to the next generation and reach new levels of success. In fact, his two children already own shares! Your rewards in business and in life have far outweighed the risks.